Lucky Motor Company (LMC) has given a first major push to the prices of Peugeot 2008 in Pakistan. This comes soon after the French crossover breached the 250 units sales mark for the first time in August, since its introduction in the market almost 9 months ago. 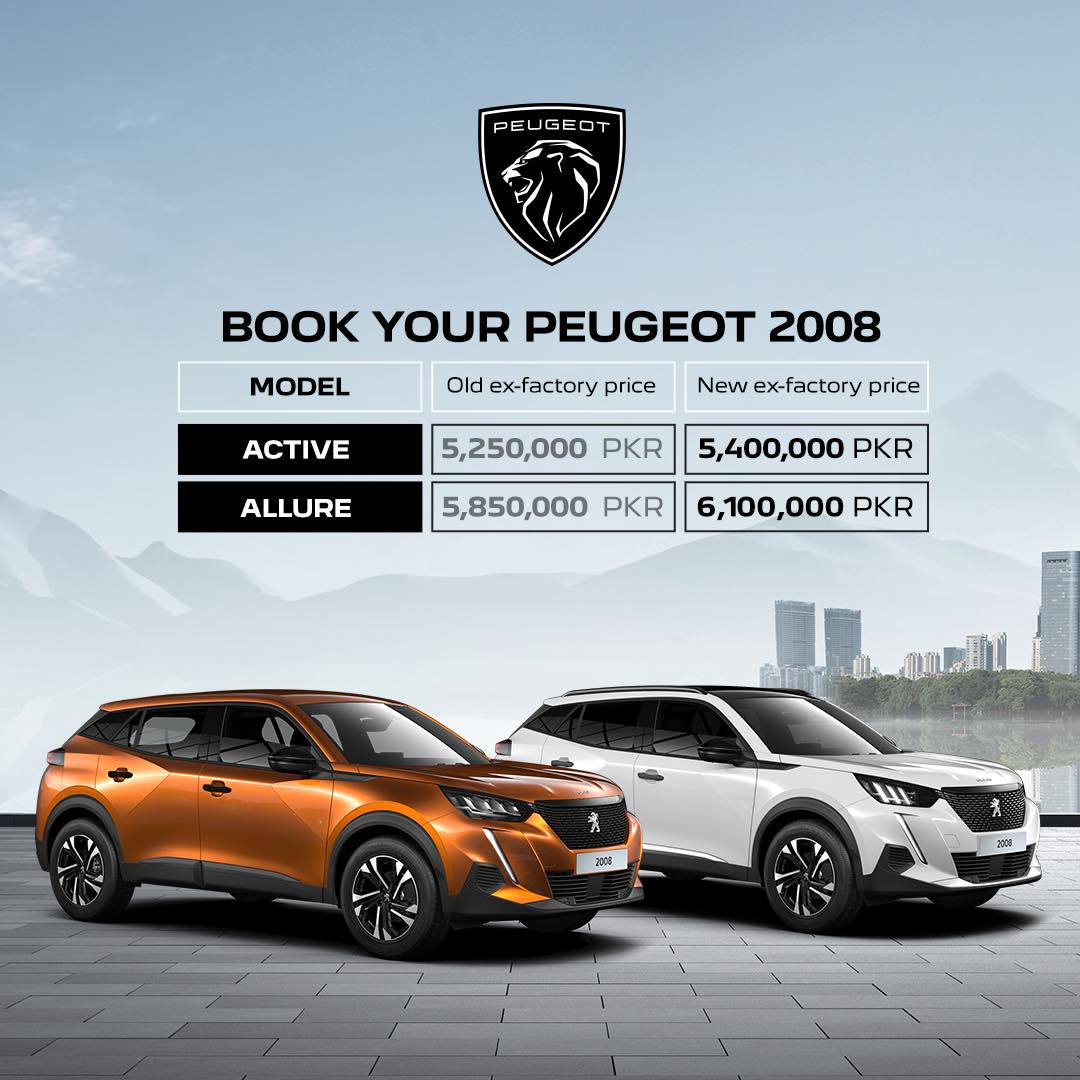 Peugeot 2008 which went on sale in Pakistan in January 2022 witnessed a dreadful time in terms of sales ever since the beginning. However the surge in sales recorded in previous month is attributed towards the massive increase in prices of other crossovers which were previously priced in the same league as Peugeot 2008. Also, the availability factor since there is a huge delay in deliveries of other vehicles which is mainly due to the import restrictions on CKD parts imposed by the State Bank of Pakistan.

Furthermore when launched, the prices of Kia Sportage and Peugeot 2008 were almost exactly same. Later however, the price increase in Kia Sportage variants took the South Korean crossover away from the Peugeot domain. But now since the prices of Sportage have been slashed and that of Peugeot have been increased, the situation might once again become interesting. Sales data from upcoming months will give is a better picture. What is your take on the latest increase in Peugeot 2008 prices, let us know with your comments.