European automaker Peugeot having teamed up with Lucky Motor Corporation (LMC) has officially launched its operations in Pakistan. The partnership commenced with the opening of eight 3S dealerships in 6 cities, as well as a state-of-the-art facility for the assembly of Peugeot cars in Pakistan. 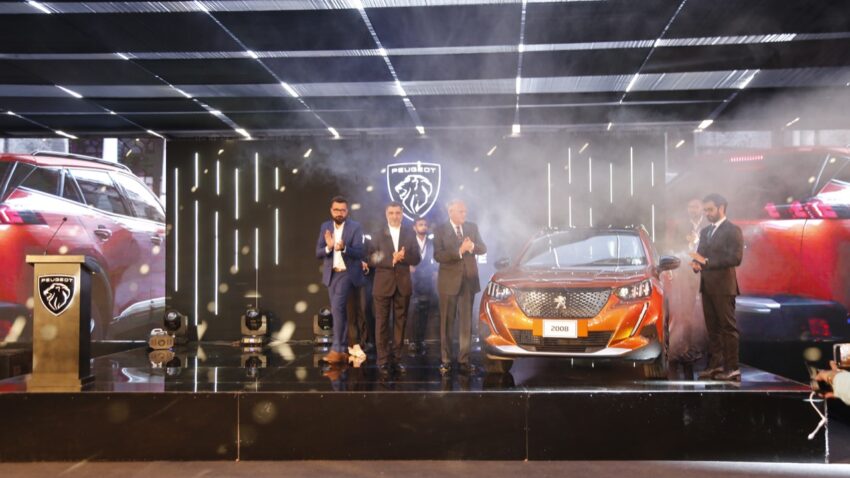 The first product under this partnership is the Peugeot 2008 crossover which became available for bookings in January 2022. With 26 international prizes, including the Red Dot Design Award, the 2008 has been a success story for Peugeot since its development and stands apart in the compact SUV segment with its distinctive design, advanced technology and efficient powertrains. It also benefits from i-Cockpit, which features a stimulating interior design along with a state-of-the-art digital cluster and touchscreen that amplifies the driving experience. 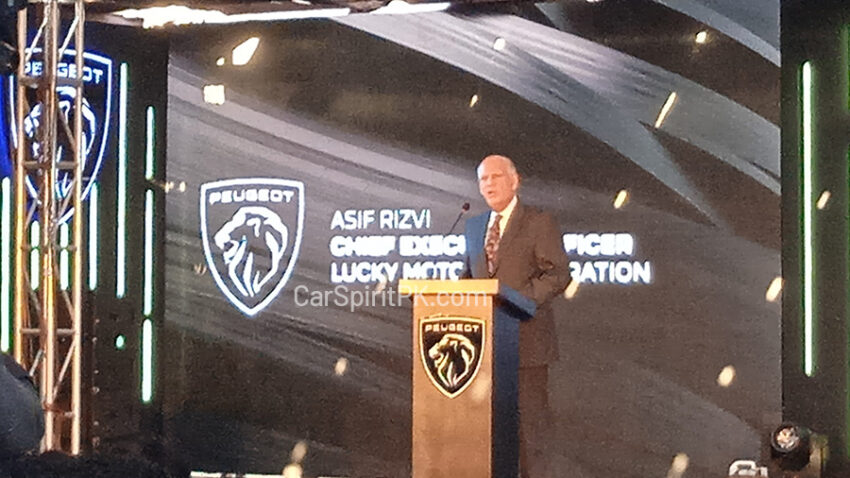 Asif Rizvi, the Cheif Executive Officer at LMC said his company is set to change the automotive landscape of Pakistan by introducing Peugeot, the first locally assembled European brand in the country. He added that Lucky Motors is proud to become the first company in Pakistan to have multi-brand manufacturing and dealers. It is pertinent to mention that both Peugeot and Kia vehicles are being assembled in the same factory under the same roof and are tested on the same LMC test track within the factory premises. 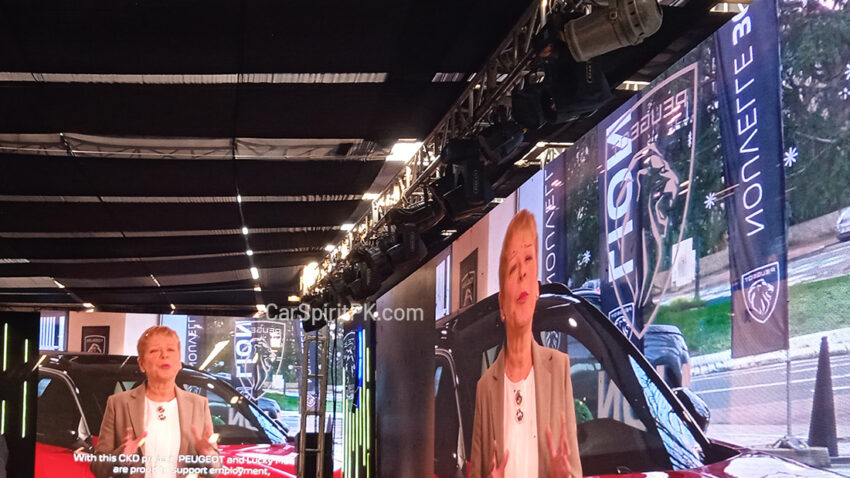 Speaking via the audience online, Linda Jackson, the CEO of Peugeot said:

“We are delighted with this partnership and what it means for the Pakistani market. This will be the first time a European car is assembled in Pakistan and we are excited to work with Lucky Motors to support employment, localization and the local automotive industry in the country. Internationalization is a key focus for Peugeot, with the B and C segment SUV growth representing a great opportunity for us. This is also bolstered by the evolution of the legislation of the country towards electrification which is in line with our own strategy.” The Peugeot in Pakistan is available in two variants,  both powered by 1.2L turbocharged engine which punches out 130 hp of power at 5,500 rpm and 230 Nm of torque at 1,750 rpm while paired to a 6-speed automatic transmission as standard. Both variants feature 3 driving modes (Eco/ Normal/ Sport) suited for different driving styles. The Peugeot 2008 Active been priced at PKR 52.5 lac while the top-spec Allure is available for PKR 58.5 lac respectively. The vehicle is backed by 4-years/ 100,000 km warranty.

The key differences between the two variant is the presence of 6 airbags in Allure while Active has 4, chrome front grille in Allure vs gloss grille in Active, 10-inch 3D cluster in Allure compared to 10-inch Quartz instrument cluster Active, TEP seats with contrasting stitching in Allure vs fabric seats in Active, as well as panoramic sunroof, rain sensing wipers and cruise control fingertip steering control in Allure which are not available in Active variant. Later in the evening, test drive opportunity was given to the media to get a hands-on experience of the car. Overall the Peugeot 2008 has an attractive design with an eye-catching appearance and an imposing stance. The crossover has an ample ground clearance but once you get inside, the seating position is a bit low. This is opposite to the high riding crossovers mostly available in the market, the steering is also mounted quite low and even though its adjustable, the highest position will still feel lower compared to other vehicles.

Perhaps to leave no obstruction for the digital information display and i-Cockpit to the driver’s eye, hence the use of double-D steering wheel too. The steering response was good and the overall drive quality was very comfortable. The room for front and rear passengers is also quite adequate, whereas the overall quality & materials used in the interior was much better than most newly launched vehicles. 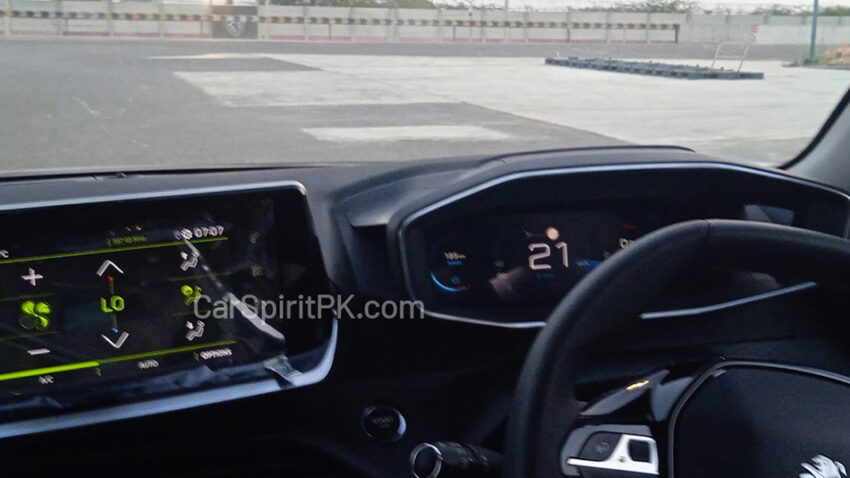 The acceleration is very impressive for a 1.2L turbo since the output figures are even more powerful than 1.5L Honda Civic turbo. Although you might feel a slight turbo lag but once it kicks in, the vehicle shoots like a bullet. The 2008 is deceptively fast, specifically in the middle of the rev band where it pulls with incredible ease, however below 1,700 rpm the car would feel sluggish especially when you have passengers on board. Like most European cars, the wiper stalk and indicators are swapped which creates a lot of confusions as I mistakenly activated wipers instead of indicators multiple times during the drive. The ones dedicated for the event were all Allure variants equipped with enhanced safety assistance features. Overall the car is very enjoyable to drive, especially the look of i-Cockpit is something really impressive. 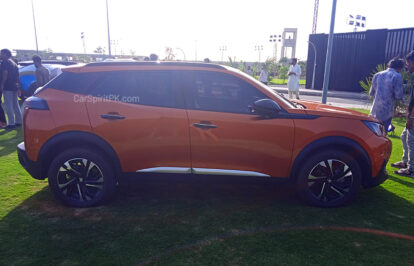 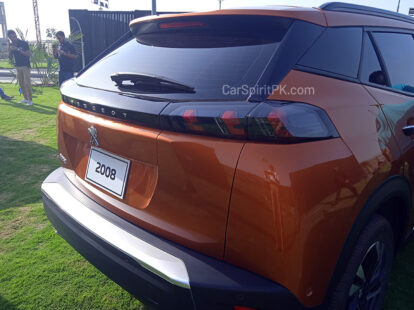 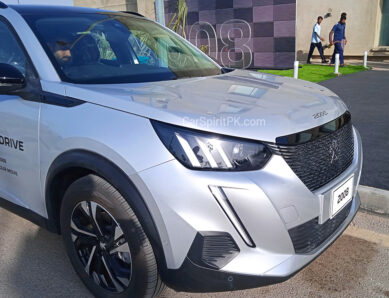 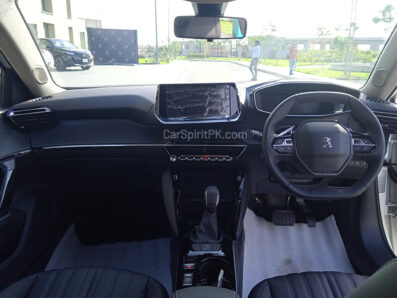 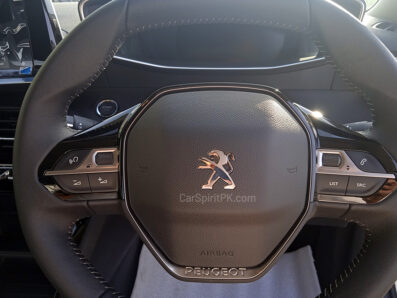 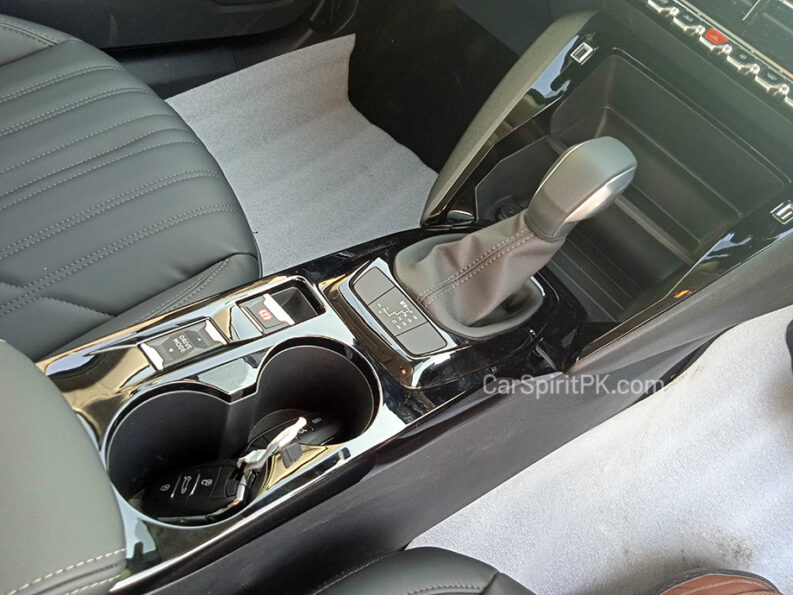 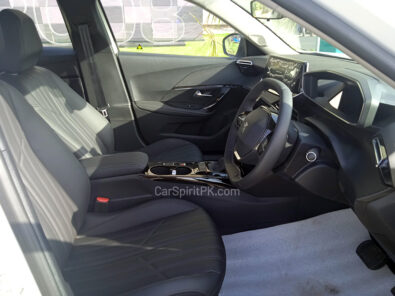 Peugeot 2008 at the formal unveiling event in Pakistan

An electric version called e-2008 was also displayed at the event. According to company, the e-2008 will be the next model to be launched, that will give customers the freedom to choose between a 100% electric and a thermic version. The C-segment Peugeot 3008 will also be introduced likely as the third model in the local lineup. 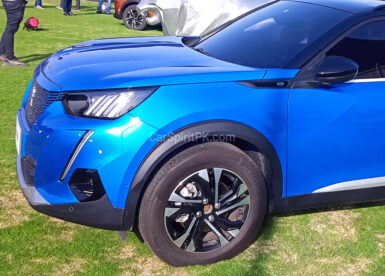 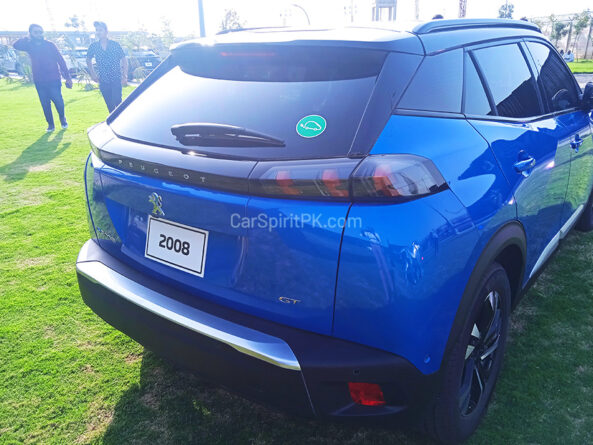 LMC has priced the Peugeot 2008 in the same league as that of its hot-selling C-segment Kia Sportage, thus positioning Peugeot as a premium brand. How well the new Peugeot 2008 will perform in presence of Kia Sportage in the same price domain, we will have to wait to find out.