The government has expressed concerns over the collection of premium (own/ on money) by auto industry players on the immediate delivery of new cars to customers. According to the Express Tribune, a key aide to the Prime Minister was disappointed with the charging of premium on four-wheelers and was also dissatisfied with the measures taken by the industries ministry to discourage the “illegal practice”.

Special Assistant to Prime Minister on Political Affairs Malik Muhammad Amir Dogar highlighted the issue in a meeting of the Public Accounts Committee (PAC) held at the Parliament House on Wednesday. MNA Rana Tanveer Hussain chaired the meeting. Dogar pointed out that the Ministry of Industries and Production gave a briefing on the auto sector to the federal cabinet, when it met on Tuesday, with special focus on the collection of premium. The special assistant revealed that investors were charging customers illegally up to Rs 800,000 on the immediate delivery of large vehicles and Rs 100,000 to Rs 500,000 on smaller cars.

Committee member Khawaja Asif emphasized that auto companies failed to ensure the use of all domestically produced auto parts in vehicle manufacturing through the deletion program, though the [deletion] process was supposed to be completed in 1998. He alleged that auto companies were depositing billions of rupees of public money in commercial banks and were enjoying interest income on the deposits by delaying the delivery of new vehicles. 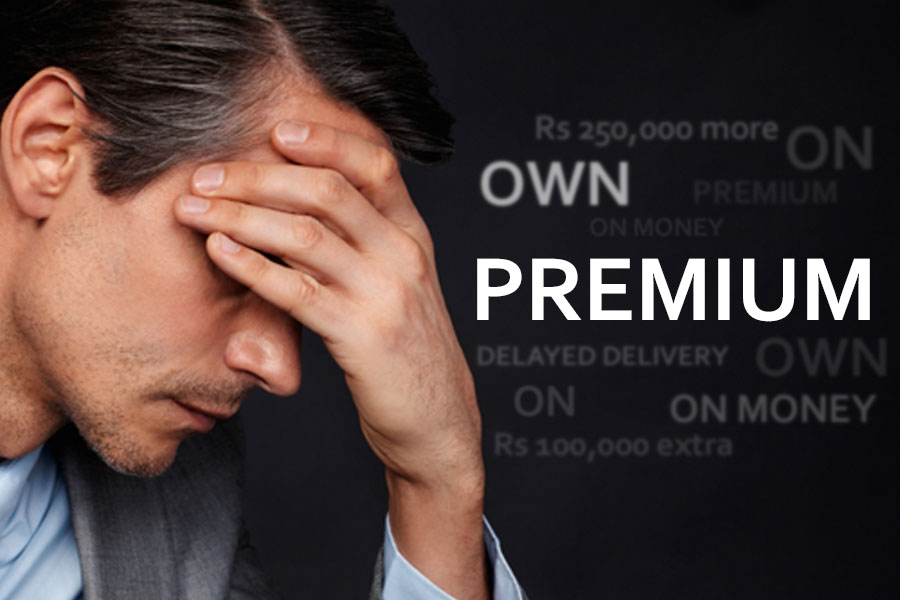 As chairman of the committee on auto sector, constituted by the previous government in 2004, Khawaja Asif recalled that he prepared a new auto policy, especially targeting the new entrants, but faced tough resistance from the Engineering Development Board (EDB) and the Ministry of Industries secretary at that time. He went on to add that auto companies gave “protection money” to the government and were using outdated technology in new cars.

Related: Is Pakistan Really a 200,000 Vehicles per Year Market?

MNA Noor Alam Khan said that consumers were paying hefty premium of up to Rs 800,000 because automakers have failed to deliver new vehicles in time. Auditor General of Pakistan Muhammad Ajmal Gondal pointed out that various audit reports were available on the auto sector and they were awaiting action. The committee directed the National Accountability Bureau (NAB) chairman to appear before it next week to respond to the audit paras and accounts related to the bureau. However NAB chairman did not appear before the meeting on Wednesday, which irked the committee chairman and its members. NAB headquarters director general explained that the chairman could not turn up because of his engagements in Lahore in the missing persons case.