Post Lockdowns, Proton Saga was the Bestselling Car in Malaysia in September

Proton Saga emerged as the bestselling sedan in Malaysia in the first month after the nationwide lockdowns were eased. 3,907 units of Saga sedan were sold in Malaysian market during September 2021, which was the first full month of sales since the movement control order was re-implemented in June.

Overall Proton sold 10,380 vehicles in September which includes domestic sales as well as export figures. With this Proton retained its place as the second bestselling car brand in Malaysia behind Perodua which saw 14,160 units sold in the previous month. 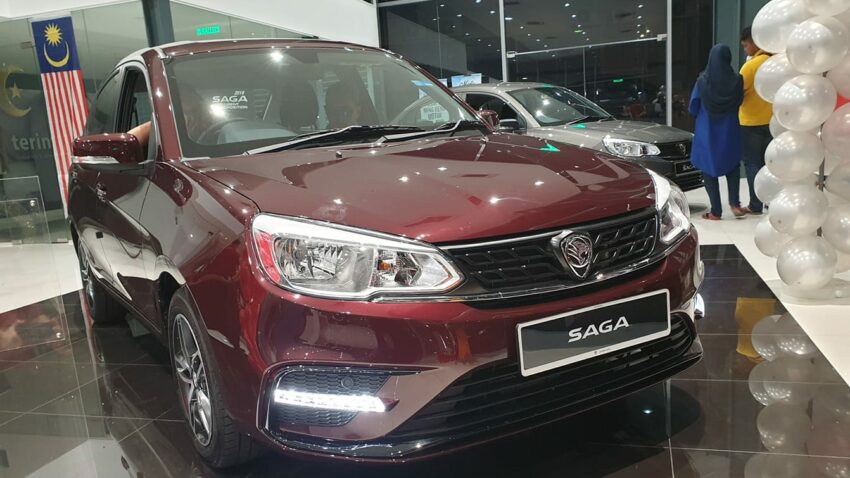 After Saga, the second highest selling vehicle in Proton’s stable was the X50 crossover with 2,431 units sold followed by X70 with 1,577 units. Proton Persona saw 1,440 units whereas the Iriz hatchback sold 749 units in September, which was the first full month of sales for the duo which recently got blessed with facelift. According to Proton CEO Roslan Abdullah:

“Sales were strong for Proton in September, so we are happy with the results. While we could have sold more than the 10,380 units achieved, some context should be given to our performance as Malaysia is recovering from a pandemic that is still affecting our vendors. The situation is slowly improving but the shortage of chips and other components is a real issue that will not change in the short term, so we must exercise caution when trying to forecast sales as production volumes remain subject to change.”

The CEO went on to add that Proton will concentrate on meeting the commitments to its customers and delivering as many cars as possible. Clearing the backlog will free up more volume for the next calendar year and help the company move forward with plans to expand the offerings both locally and in export markets.

Proton having launched the X70 in Pakistan in December last year and Saga in April is facing serious backlash for being unable to begin delivering the booked units. According to the previously shared information, Pakistan is supposed to receive three shipments of the Proton X70 amounting to about 108 units in September along with completely-knocked down (CKD) packs of the Proton Saga ahead of its rollout, which is estimated to take place towards the end of October.