Chinese automaker BYD has released first official images of the new Seal electric sedan which will compete directly against the Tesla Model 3. The Seal continues the ocean-themed nomenclature in BYD’s range, where marine life names are reserved for EVs like the Dolphin and warship names for PHEVs like the Destroyer.

Built on company’s third generation e-platform 3.0, the BYD Seal boasts a cruising range of 700km with an 800V high-voltage setup. The Seal will be manufactured at BYD’s Changzhou base with a planned annual production capacity of 60,000 units and an expected monthly sales of 5,000 units. It is expected to be officially unveiled at the 2022 Beijing Auto Show in April, with a price estimated to start at around 220,000 yuan (PKR 63.8 lac). 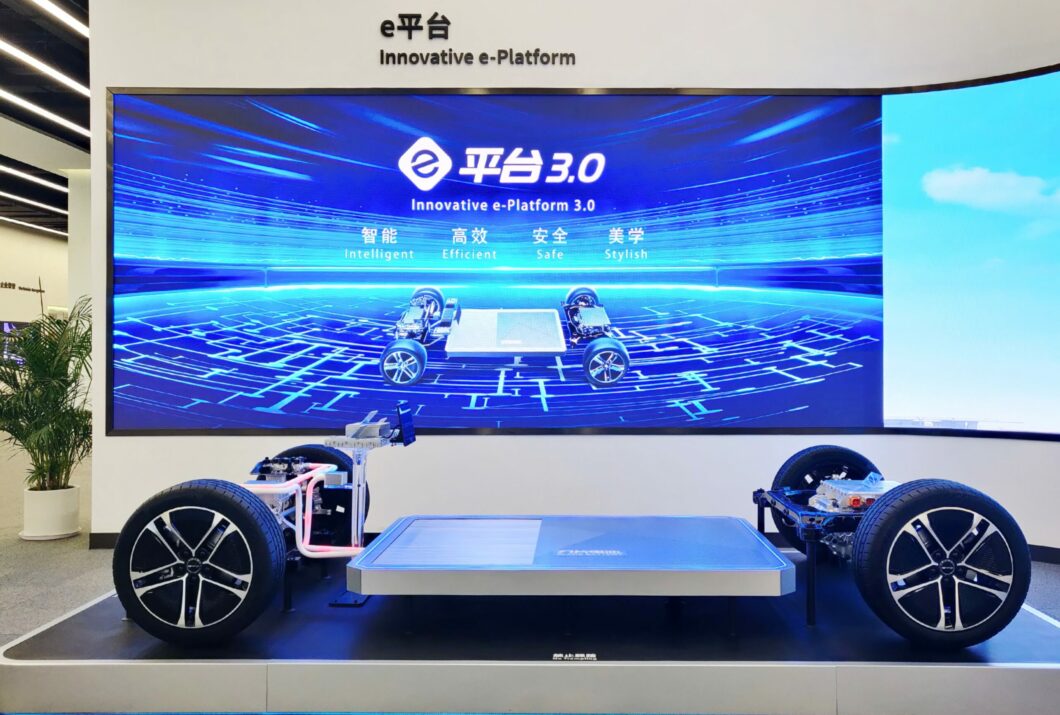 The e-platform 3.0 allows BYD to develop cars with a range of more than 1,000km through the 8-in-1 electric powertrain, dual-motor, all-wheel-drive with 0-100 km/h acceleration in under 3 seconds, and fast charging of 150 km after a 5-minute charging. Additionally, the e-platform 3.0 comes with a direct cooling and heating system for batteries, increasing thermal efficiency by up to 20%. 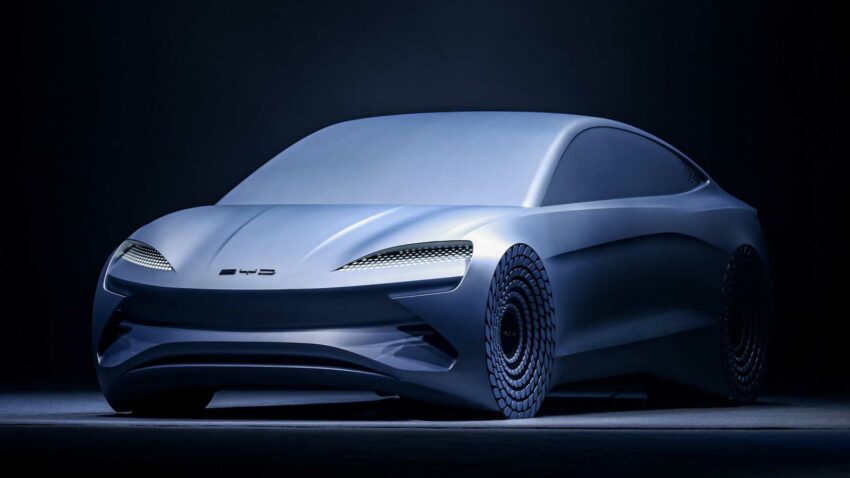 The car first appeared as Ocean X concept in 2021 & at the time of unveiling, BYD stated that it will launch a pure electric sedan to compete with the Tesla Model 3. The production version has now emerged in shape of BYD Seal EV which measures 4,800/1,875/1,460mm, with a wheelbase of 2,920mm making it slightly longer, wider and taller than the Tesla rival while offering an even greater wheelbase.

Styling-wise the BYD Seal is an evolution of the futuristic concept with similar dynamic lines and slightly toned-down features including the LED lighting units and the conventional wheels. Overall the model is a testament to the significant improvement in the design standards of Chinese automakers. 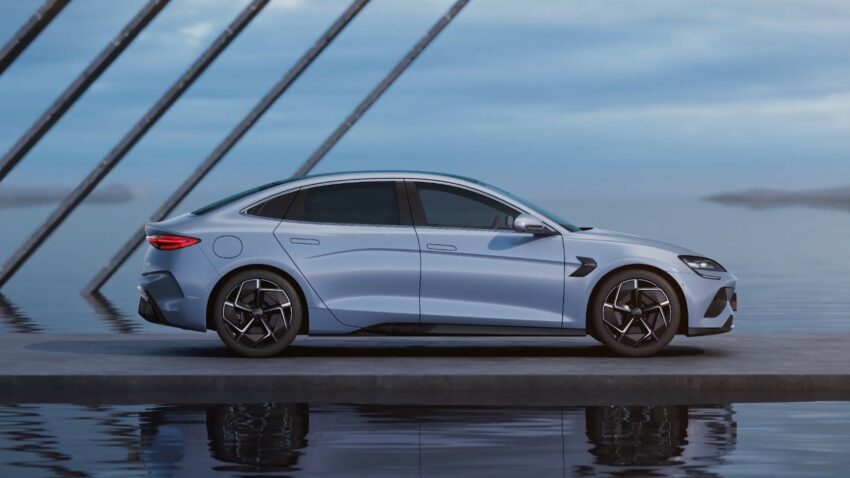 BYD’s signature Blade battery powers the Seal which comes in both rear-wheel drive and four-wheel drive versions. The Seal EV comes with a single rear-mounted electric motor producing 150 kW or 230 kW (201 or 308 hp), while the flagship version features a dual-motor setup which combines a 160 kW (214 hp) motor at the front and a 230 kW (308 hp) motor at the rear allowing a 0-100 km/h acceleration in just 3.8 seconds.

The new BYD Seal EV isn’t reserved for the Chinese domestic market only. The company has confirmed that the BYD Seal will be sold in Australia from 2023 under the Atto 4 name, while it will also be made available in many other markets thereafter. 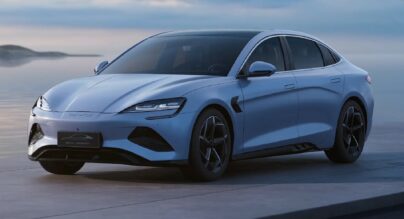 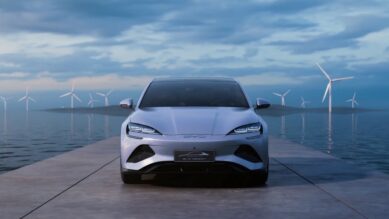 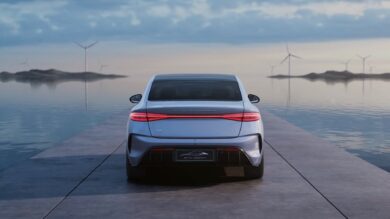 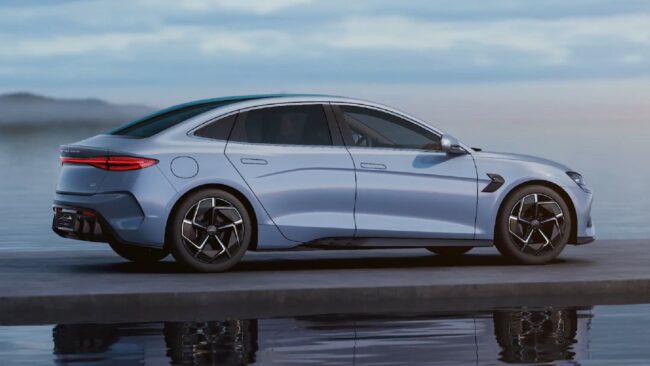 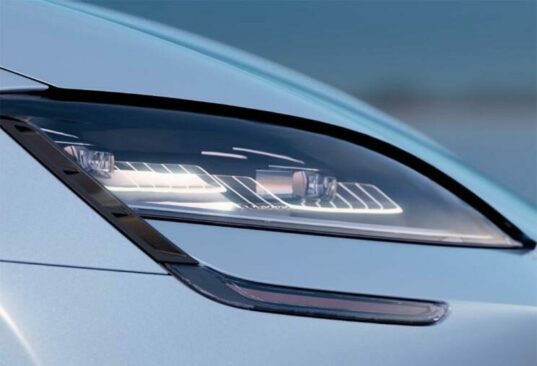 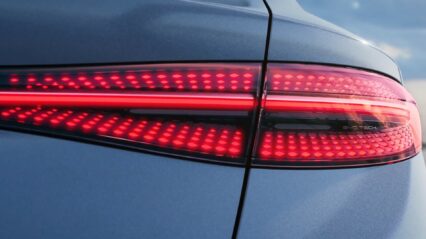 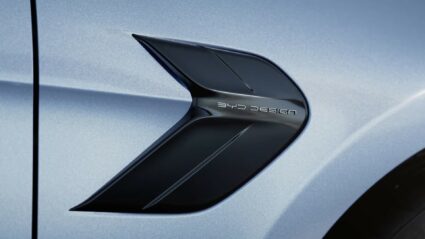 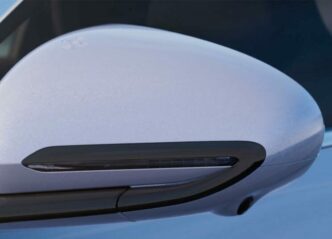 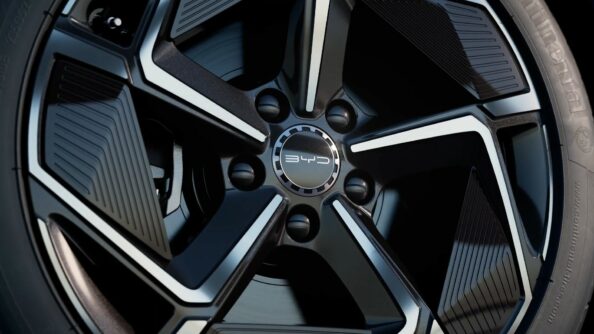 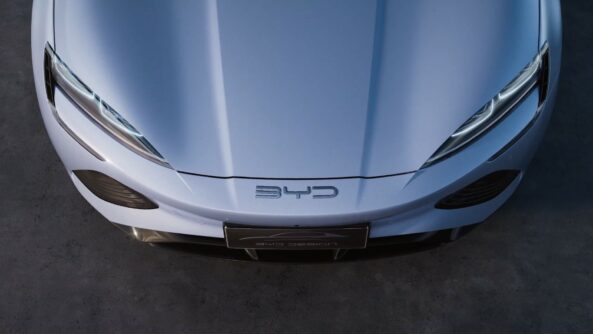