Suzuki and Daihatsu on Wenesday announced to becoming part of an electric vehicle coalition led by Toyota helping the Japanese alliance expand its focus on electrification. The two automakers will each acquire a 10% stake in the joint venture, on par with Isuzu and Hino, while Toyota will hold a 60% stake, according to Reuters.

The move comes as Japanese automakers face growing competition from tech giants and other rivals making electric and driver-less cars. According to Toyota President Akio Toyoda, inclusion of two companies- Daihatsu and Suzuki specializing in small kei cars, will speed up efforts to become more ecological and sustainable because kei cars make up about 40% of the Japanese auto market. Fuel-efficient kei cars, defined by their small size and maximum 660cc engine size, are popular in Japan for their practicality and the ability to maneuver through tiny roads and fitting into small parking spaces. 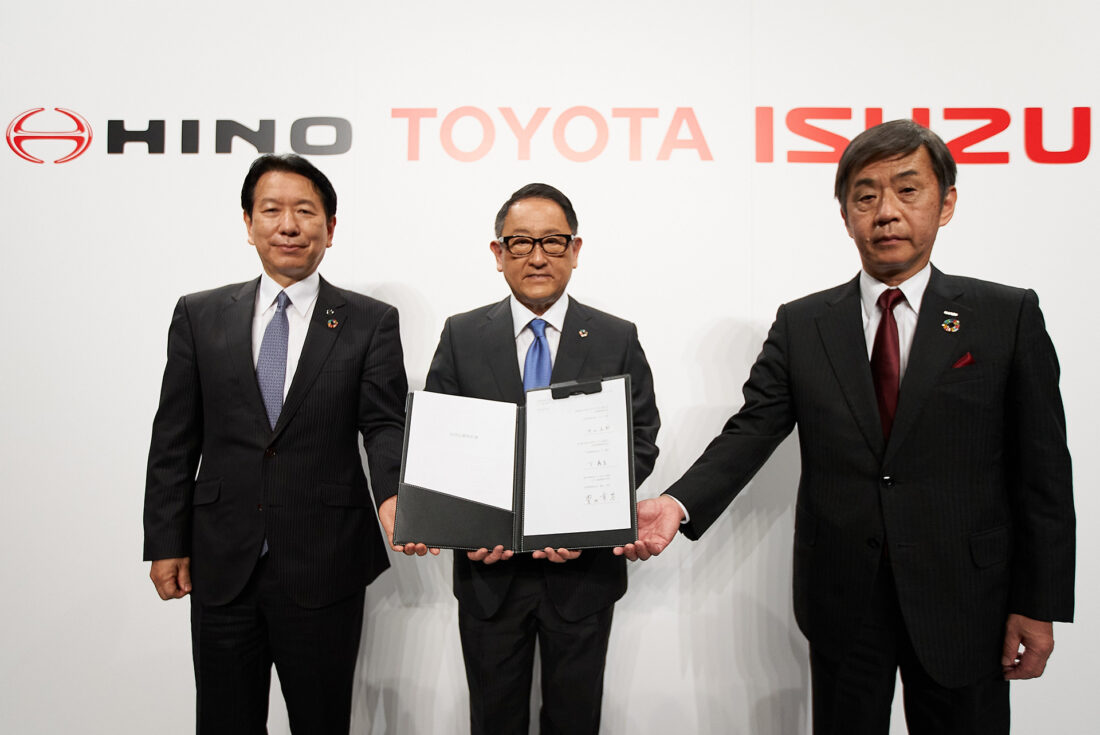 “With Suzuki and Daihatsu joining the project and working together, we’ll be able to expand our circle of cooperation to not only cover commercial vehicles but also mini vehicles,” said Toyota President Akio Toyoda. “With this expansion, I believe that we’ll be able to take one step closer to a better mobility society,” he added. Daihatsu’s president Soichiro Okudaira said joining the pact and introducing connected, mini-commercial vehicles would allow data sharing, a major benefit for companies to provide better services to customers and improve logistics efficiency.