After Kia, Toyota and Honda, Pak Suzuki as also announced the price revisions across the lineup (including CKD & CBU models) citing depreciating currency value and rising shipping & raw material costs as the reason behind the hike. The revised prices will be effective from the 11th of November 2021. 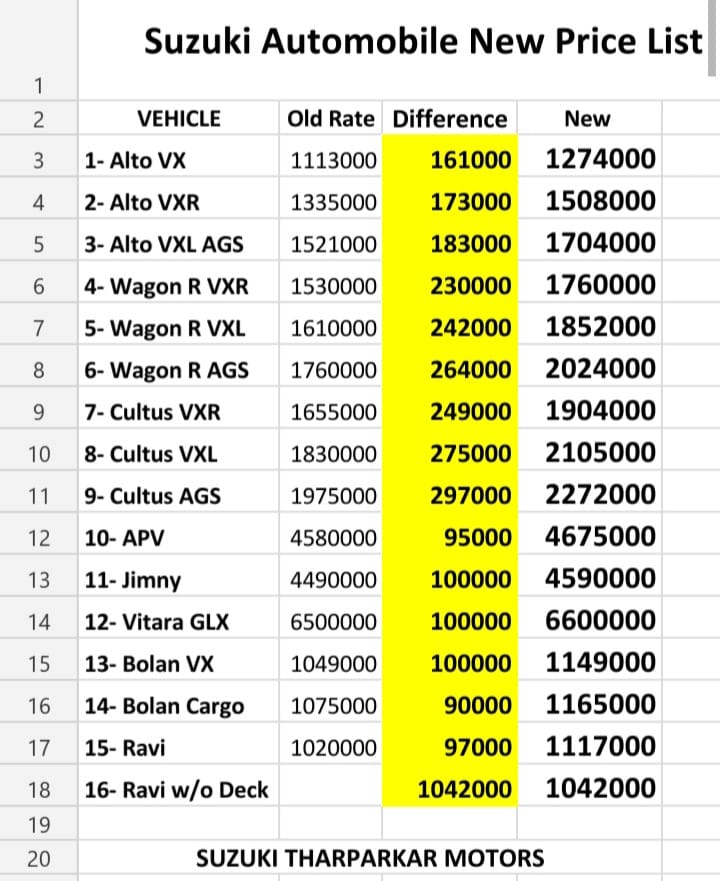 It was already being speculated that car prices in Pakistan were to witness an increase due to aforementioned reasons. However the government made Changan withdraw the price hike in August and later threatened to fix prices of cars sold in the country. But considering the current circumstances, this doesn’t seem to be happening as other automakers are also expected to announce the price revisions soon.