So the automakers are in process of increasing the prices one after another. With Kia, Toyota, Honda and Suzuki already announced their price revisions, its now time for Regal Automobiles who have just pushed the price of 800cc Prince Pearl hatchback up by Rs 188,000 effective from the 12th of November 2021.

After this increase the Prince Pearl hatchback is now available for Rs 1,299,000. This makes the Prince Pearl Rs 100,000 more expensive than its pre-budget price of July 2021. Bear in mind automakers had to reduce the prices of cars when government slashed various duties & taxes in the current budget, after which the price of Pearl was reduced by Rs 88,000 from PKR 11.99 lac to PKR 11.11 lac. 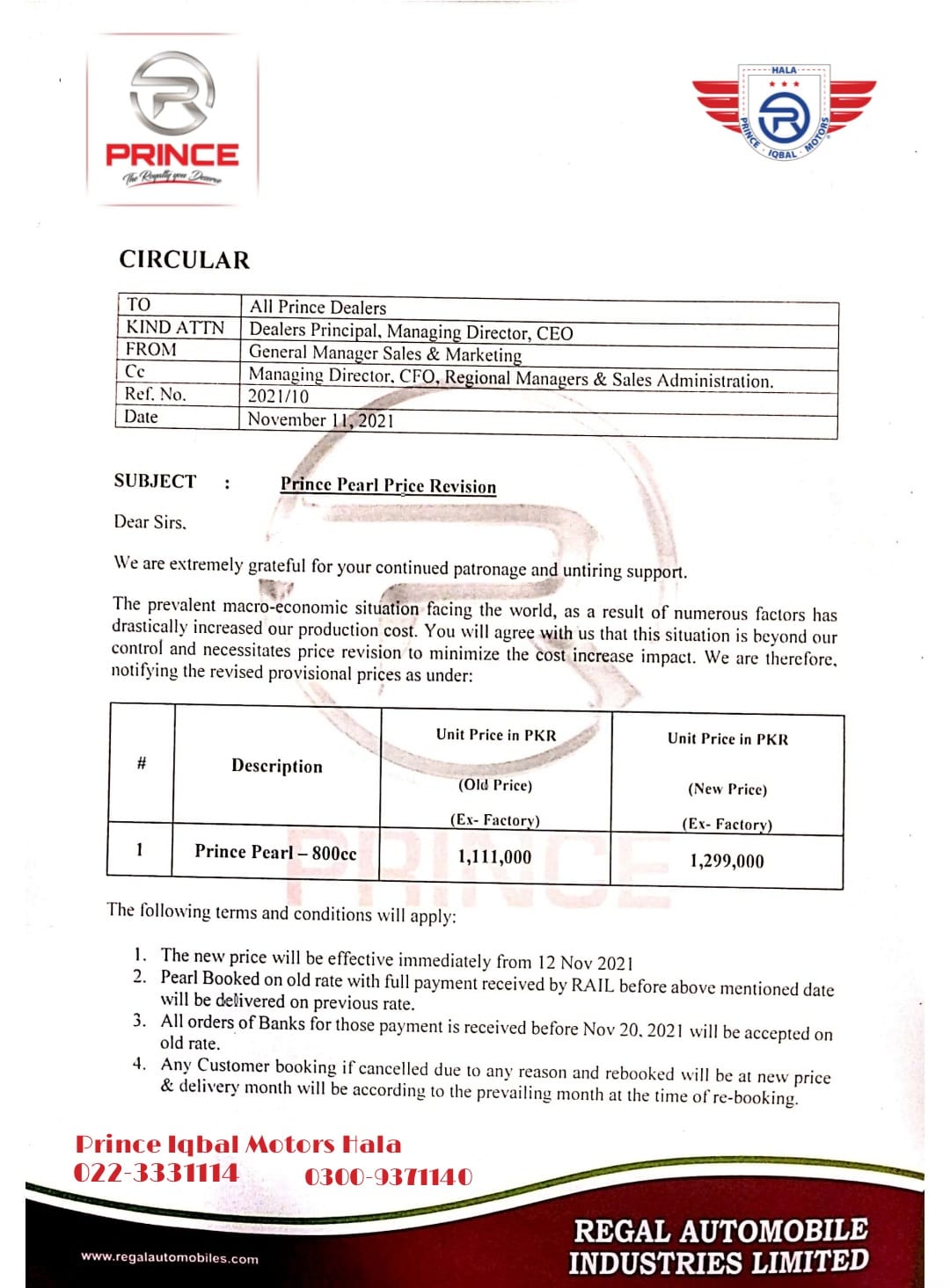 According to the notification, the old prices will be applicable only on those units, the payment of which has been fully received by the company before 12th of November & bank orders payments received before 20th November 2021. It was already being speculated that car prices in Pakistan were to witness an increase due to increase in shipping costs & forex reasons, but the government made Changan withdraw the price hike in August and later threatened to fix prices of cars sold in the country. However considering the current circumstances, this doesn’t seem to be happening as most automakers have already increased the prices with immediate effect and remaining ones are expected to announce the price revisions soon.