Crossovers and SUVs are the fastest growing vehicle category in global automobile market, with sales constantly on the rise. In recent times the crossovers/ SUVs have become so popular that analysts believe they will overtake sedans (currently the most popular category) in terms of sales volume in near future.

In 2017, crossovers and SUVs sales went up 12.7% to 27.85 million reaching a new record market share at 34% of the global passenger car market. This is an 11.5% growth in just 3 years, as just 16.66 million crossovers and SUVs were sold in 2014. And there is still plenty of growth expected, as their share in emerging markets is still below 25% but growing at a rapid pace.

In Pakistan too, most newcomers are preparing to tap the market with their crossover/ SUV offerings instead of conventional sedans or hatchbacks, and it’s easy to understand why.

Earlier in June, Master Motors signed a joint venture agreement with Chinese auto giant Changan. The ground breaking of Changan assembly plant in Pakistan was held in March earlier this year. The plant is expected to reach completion by December 2018 and will be operational as early as 2019. The JV agreement will see Pakistan as the first RHD base for Changan cars in the world. Vehicles produced here will be exported to RHD markets including Malaysia, Indonesia, Vietnam and South Africa.

Changan intends to bring a range of commercial and passenger vehicles in Pakistan including sedans, hatchbacks, crossover SUVs and MPVs. According to their plans the company will initially introduce the CX70T SUV, A800 MPV along with Karavan van and the M-series pickups.

However Changan’s international portfolio is quite diverse and isn’t just limited to the above mentioned vehicles. We have written quite a lot about Changan cars on CarSpiritPK prior to their JV signing, which you can read here. However as far as the entry level crossovers are concerned the best Changan can introduce here in Pakistan is the CS15 crossover. 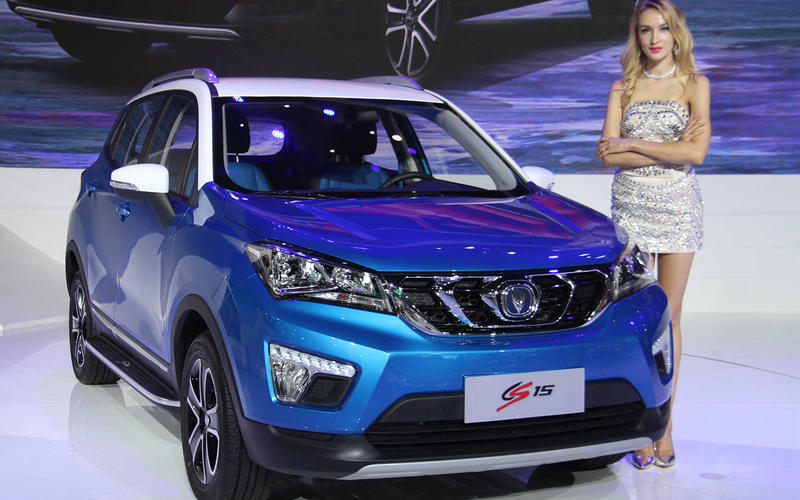 The Changan CS15 crossover was first unveiled at Guangzhou Auto Show in November 2015, and was officially launched in the Chinese car market in April 2016. The CS15 later went on to reach other regions including South America, Russia and the Middle East.

The Changan CS15 is roughly the size of Suzuki Vitara. It measures 4,100 mm in length, 1,740 mm in width and 1,635 mm in height with a wheelbase of 2,510mm. The CS15 is powered by a 1.5 liter four-cylinder petrol engine with an output of 107hp and 145nm, paired to either a 6-speed manual or a 6-speed DCT gearbox. The presence of DCT gearbox in an entry-level crossover is sure something quite extra ordinary. 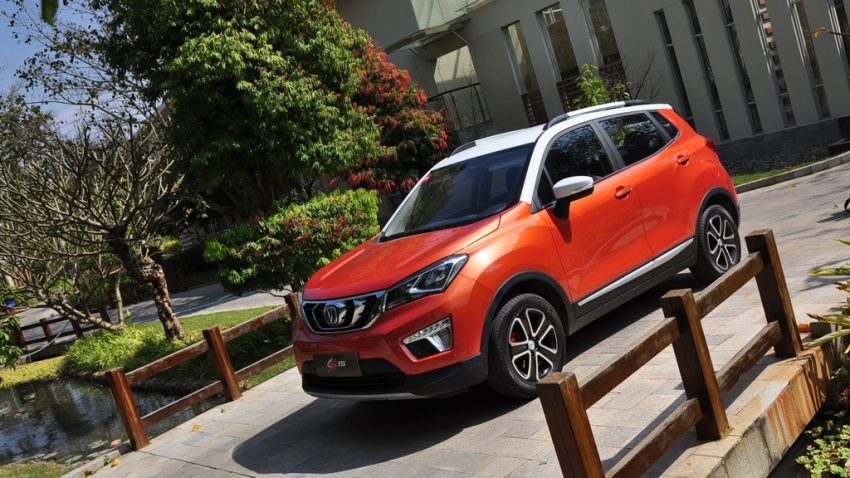 Price for the Changan CS15 crossover in China starts from just 53,900 yuan (PKR 9.7 lac) and goes as high as 75,400 yuan (PKR 13.6 lac) for the fully loaded version. While the CS15 does extremely well for Changan in export markets, the company has also introduced an electric version of the CS15 in China called as CS15EV.

The CS15EV is powered by an electric motor producing 75hp and 170nm of torque, able to reach a top speed of 110 km/h and a range of 300 kilometers in a single charge. 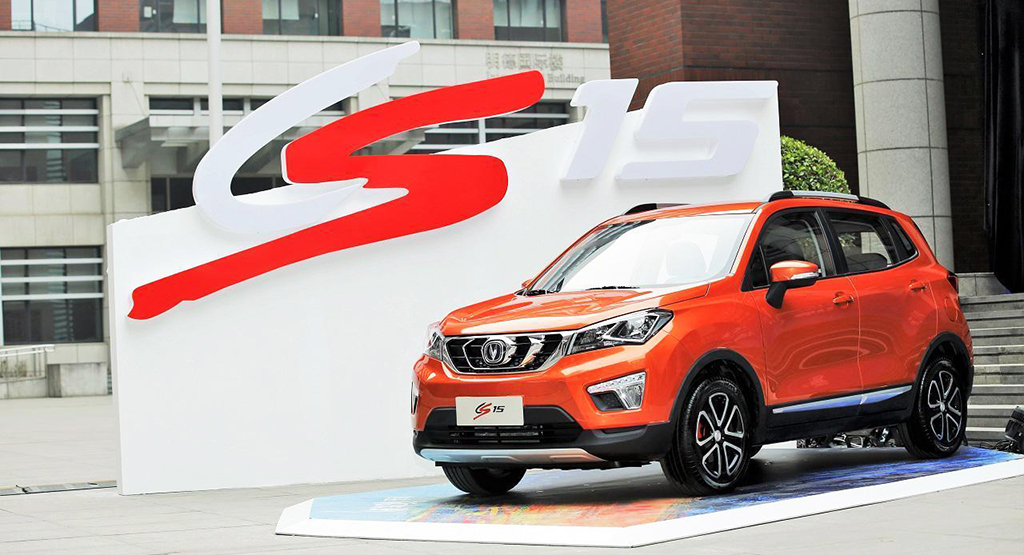 According to the Managing Director Master Motors Danial Malik, Changan has already stopped producing a vast range of conventional gasoline vehicles in China, the production of which will now be relocated to Pakistan. Keep in mind Changan in China is now focused on producing alternate energy/ electric vehicles. This does give us a hope that in addition to the commercial pickups and minivans we might (hopefully) be able to get some flavor of modern Changan crossovers, SUVs and MPVs in Pakistan.

Stay tuned to CarSpiritPK for more information on Changan vehicles in Pakistan.