The Oldest Honda Vehicles in Pakistan

The generation of today might only know about the local assembled Honda cars in Pakistan, such as the Civic, City and BR-V and maybe even the Accord and CR-V since they are offered here as CBU imports. But back in the past there were plenty of other Honda models available in Pakistan, particularly the Concerto, Integra and the Ascot Innova during the 1980s.

However going back even further in the late 60s & 70s, there were some really cool Honda cars that were available in Pakistan, some of which were going to share with you below.

The oldest I remember is the Honda TN-V pickup which was classified as kei-truck in Japan due to its smaller dimensions and a tiny 354cc twin cylinder air-cooled engine that was located underneath the loading bed as opposed to the driver’s seat. The engine was reportedly adapted from Honda CB450 motorcycle. 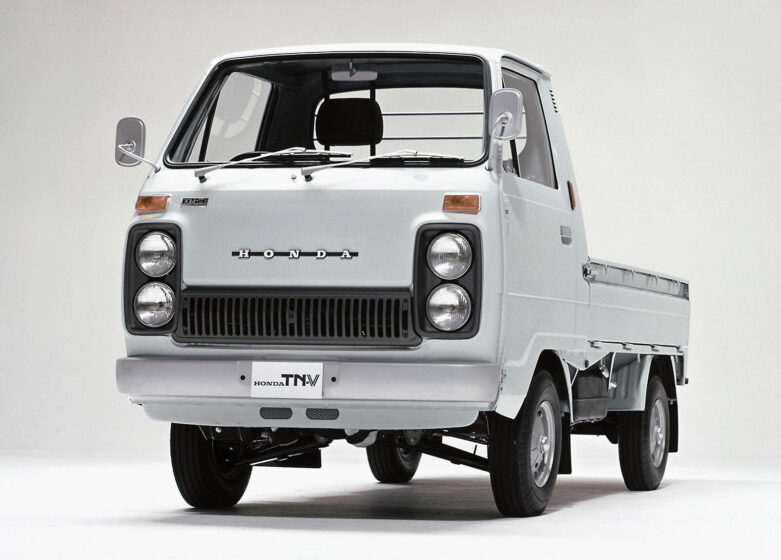 Its distinguishing characteristic which made it stand out from the ordinary lot of Suzuki Carry pickups was the presence of vertically stacked quad headlamps up front. The doors hinges were visible on the outside & there used to be a triangular vent glass, typical for any 1970s vehicle. The most amusing thing about this small Honda pickup was its sound, it was easy recognizable even from the distance and you don’t even need to look at the vehicle to tell if its the TN-V.

I’m not too sure how capable the tiny engine was but one could see it performing on our roads. Even during the early 80s one could spot the Honda TN-V on the roads but then it began to fade away into history, never to be returned again. 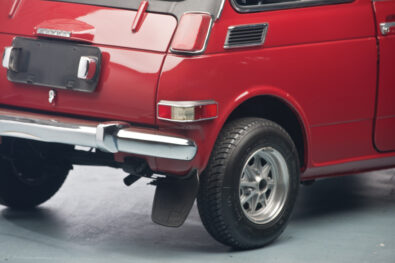 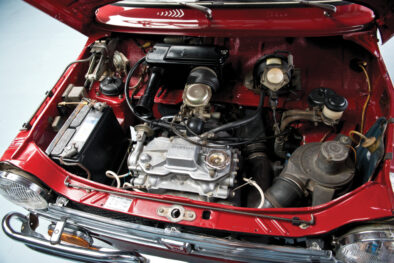 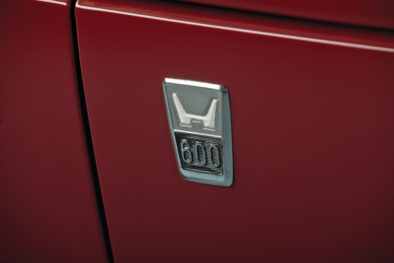 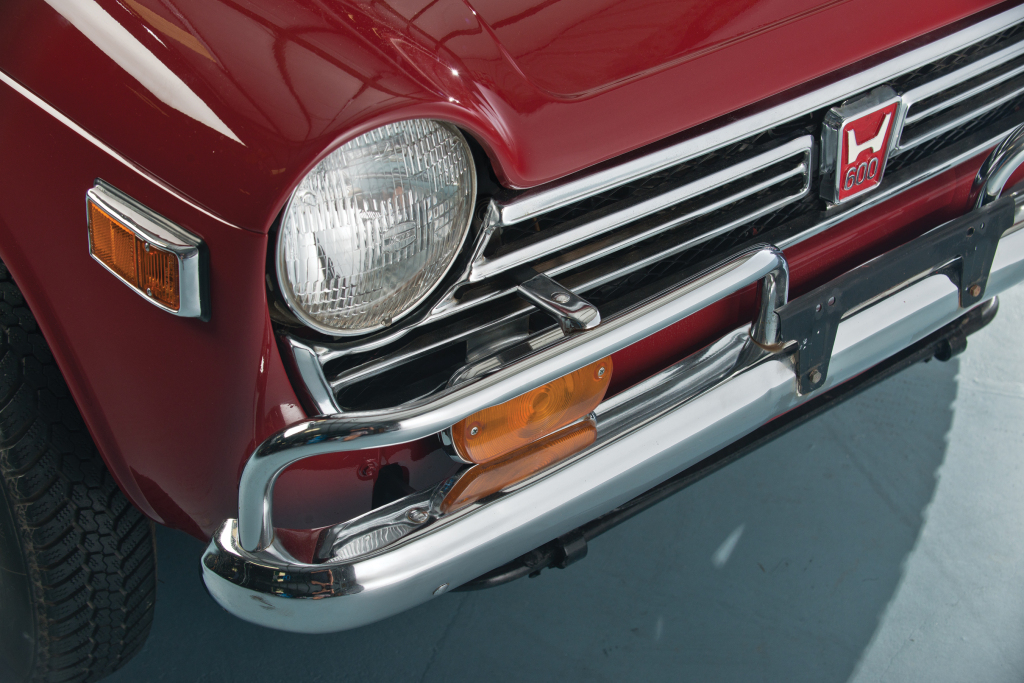 Another Honda from the 70s was the small N600 hatchback which was basically a slightly larger version of N360 kei car. The N600 due to its larger engine & dimensions wasn’t eligible for kei-segment tax concessions in Japan, hence the N360 was restricted in Japanese Domestic Market while the N600 was targeted for the export destinations. 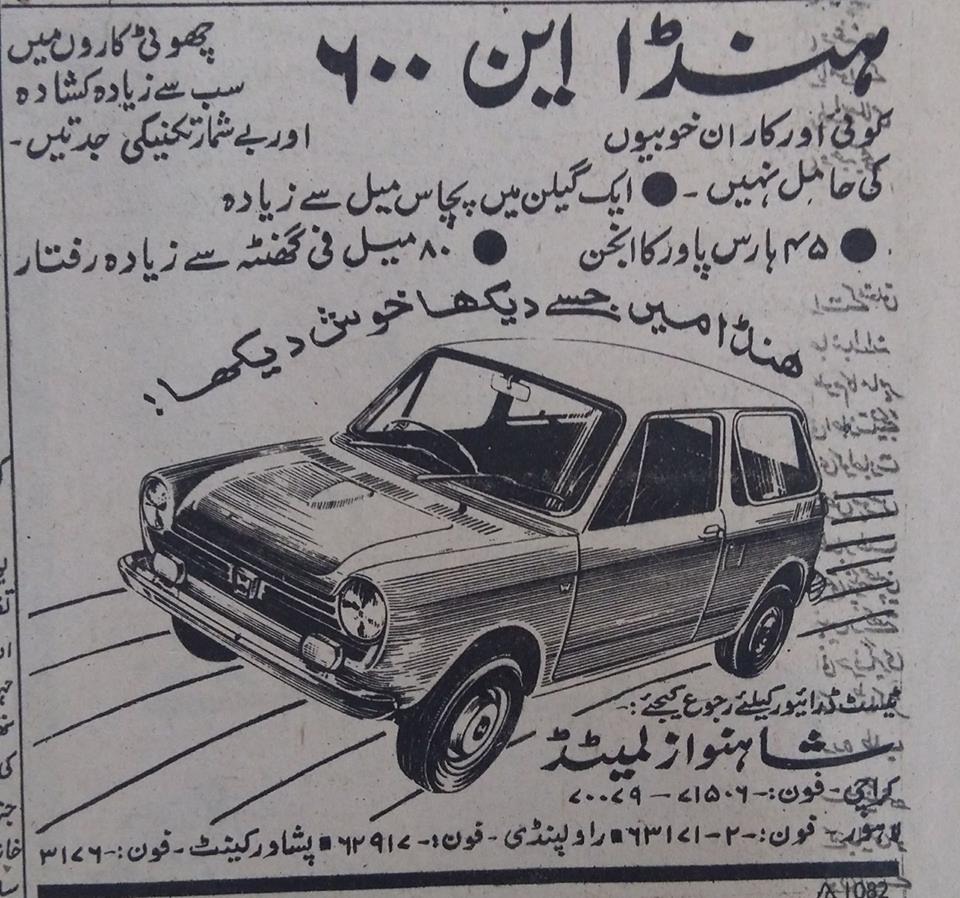 It was a two-door hatchback that had a 598cc air-cooled engine under its hood, good for 45 hp which was enough to propel the tiny car that weighed just around 510kg. Even in the press ad shown above, it was claimed to deliver up to 50 miles in a gallon which translates around 20km in a liter. The car could attain a top-speed of 80 miles per hour (128km/h). And lastly, the first generation Honda Civic which appeared as a hatchback having 1,169 cc four-cylinder water-cooled engine. This state-of-the-art CVCC (Combined Vortex Controlled Combustion) engine was able to run on either leaded or unleaded fuel, giving drivers fuel choice flexibility over other vehicles. For those who are unaware, both leaded & unleaded fuel was available back in those days. The leaded was mostly marketed as Regular while the unleaded as Premium.

Since the Civic was the newest of the lot, it featured front power disc brakes, reclining vinyl bucket seats, simulated wood trim on the dashboard, as well as optional air conditioning and an AM/FM radio. Despite this, the first-gen Civic was not a handsome seller however when the second generation arrived in 1979 featuring better styling & equipment, and was available in both sedan and hatchback forms, the popularity of the Civic began to rise and from the 3rd gen onward, it never looked back.