Independent think tank InfluenceMap has released its Corporate Climate Policy Footprint Report, which ranks the 50 most influential companies and industry associations that are currently blocking climate policy action worldwide. While it was no surprise to see oil companies such as ExxonMobil and Chevron at the top of the report’s list, however the third-ranked company was quite a surprise as Toyota was dubbed the world’s third-most obstructive organization for lobbying governments that set climate policies.

This effectively made Toyota the worst automaker on the think tank’s list. But it wasn’t alone as other automakers including BMW (18th), Daimler (24th), and Hyundai (25th) were also there in the list. The report cited Toyota’s past initiatives to retain the internal combustion engine as one of the reasons behind the company’s ranking. According to the report, Toyota has campaigned against proposed regulations globally to phase out internal combustion engines in favor of electric vehicles (EVs) in 2020-21. 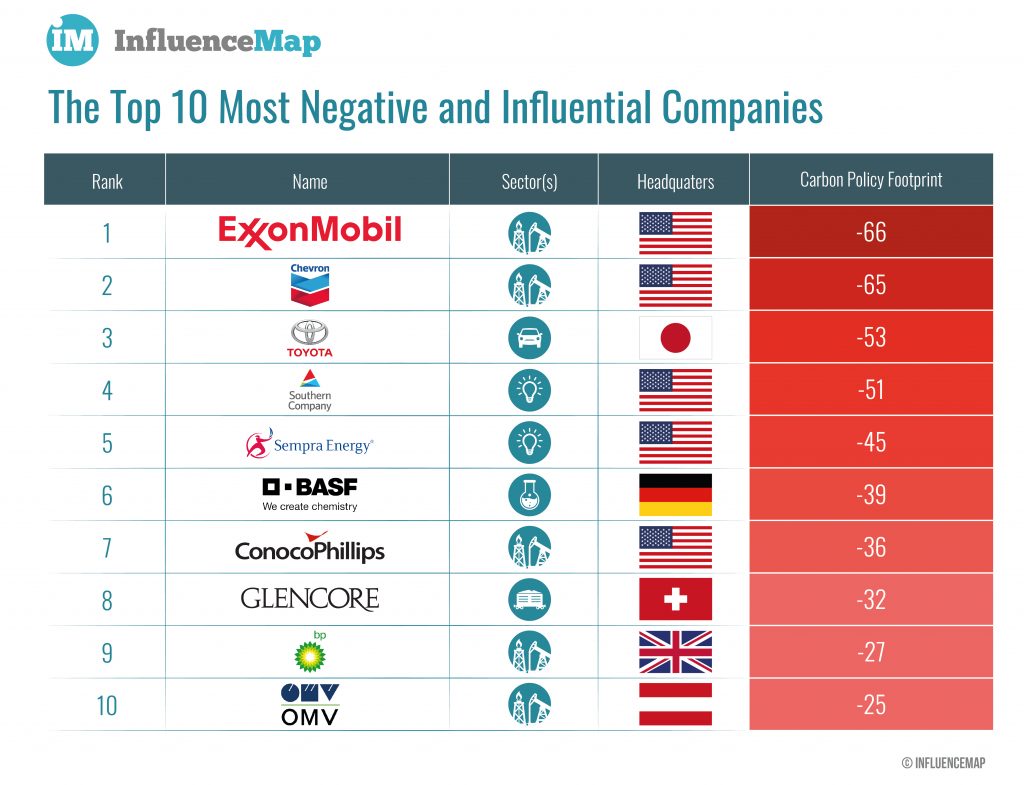 In a statement to The Guardian, the director at InfluenceMap, Ed Collins, noted that the strategies adopted by companies that obstruct climate policies have evolved over time. Collins said:

“The corporate playbook for holding back climate policy has come a long way from science denialism, but it is every bit as damaging. What we are seeing is not limited to efforts to undermine regulations directly. It also involves prolific and highly sophisticated narrative capture techniques, leading governments down incredibly dangerous paths.”

This isn’t the first time that Toyota has been called out for its lobbying tactics. As per a New York Times report, the company had earlier lobbied congressional leaders to push back against the Biden administration’s efforts to accelerate the adoption of electric cars. Toyota’s lineup of vehicles has also been quite stagnant in their EPA figures, resulting in some of the company’s offerings being in the bottom tier of the country’s fuel economy ratings.

Toyota’s executives have also demonstrated a reluctance to accept electric cars as the best course solution to make the transportation sector sustainable. Earlier this year, Toyota Chairman Akio Toyoda claimed that Japan would run out of power in the summer if all cars were electric. Toyota has also shown a tendency to heavily lean into hybrids instead as well, with the company even adopting a questionable marketing initiative for its “self-charging hybrid” cars that actually just run on fossil fuels.