The world’s top-selling automakers have come under fire from Greenpeace. In the carbon emission efforts by auto firms, Toyota has been ranked as the worst culprit. The list which was made public during the COP26 climate summit also include Daimler, Ford, General Motors, Honda, Hyundai-Kia, Nissan, Renault, Stellantis Group, and Volkswagen.

Toyota and Stellantis were given “F minus minus” grades by Greenpeace for decarbonization efforts including phasing out engines that burn planet-warming fossil fuels in favor of electrified vehicles. Greenpeace says none of the aforementioned companies plan to phase out internal combustion engine (ICE) vehicles earlier than 2035, which would make achieving the 1.5°C climate goal very difficult, and 7 out of top 10 automobile groups do not have a complete ICE phase-out timeline in any market for their main brands. 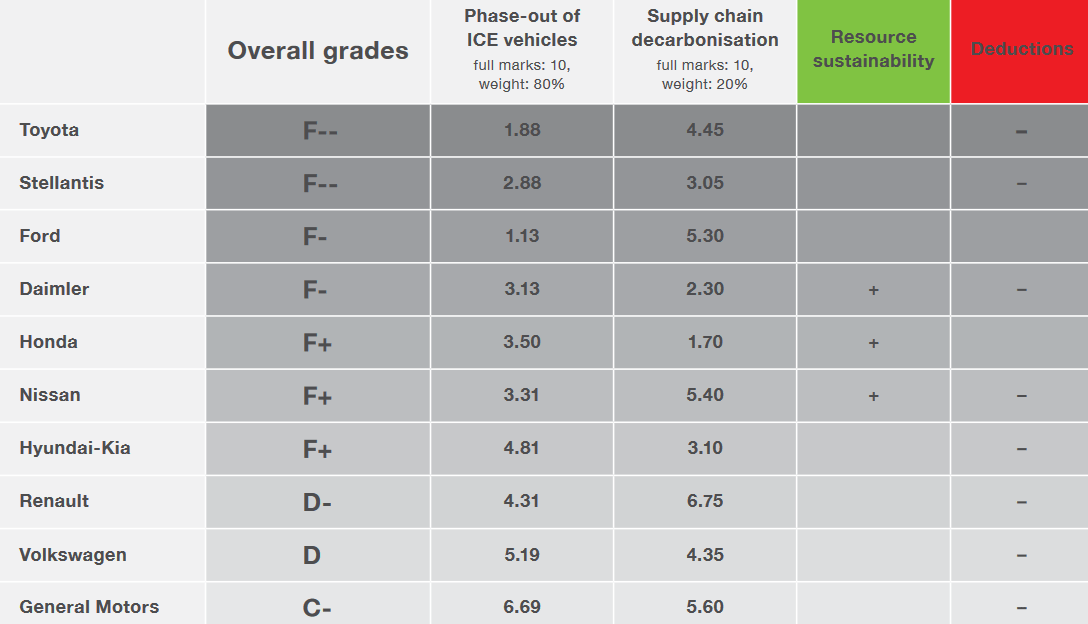 Minimizing carbon emissions in the supply chain and reusing or developing greener technology for car batteries were among the factors examined in the report. According to Ada Kong, the Senior Project Manager of Greenpeace East Asia auto industry:

“The Glasgow COP listed accelerating the transition to electric vehicles as one of the four key actions for governments today. Being a global automobile manufacturing hub, Japan’s new government needs to speed up this transition. However, its multinational carmaker Toyota has no action or intention to end the sales of the ICE vehicles.

Toyota, which is the world’s number-one car seller is the most stubborn in holding onto internal combustion engines. The Japanese giant is also most vocal in such advocacy, domestically and abroad.”

ICE vehicle phase-out is weighted 80% to represent the contribution of fuel combustion to a vehicle’s life cycle emission. Between 2016 and 2020, Toyota, Honda, and Ford sold the least number of BEV/FCEV in proportion to their total sales, averaging less than 0.12% annually, Greenpeace said. Although Renault and General Motors (GM) sold the highest number of battery electric vehicles (BEV) /fuel-cell electric vehicles (FCEV) last year, this was still less than 5%, far from GM’s aspiration to sell 100% zero emission light-duty vehicles by 2035. 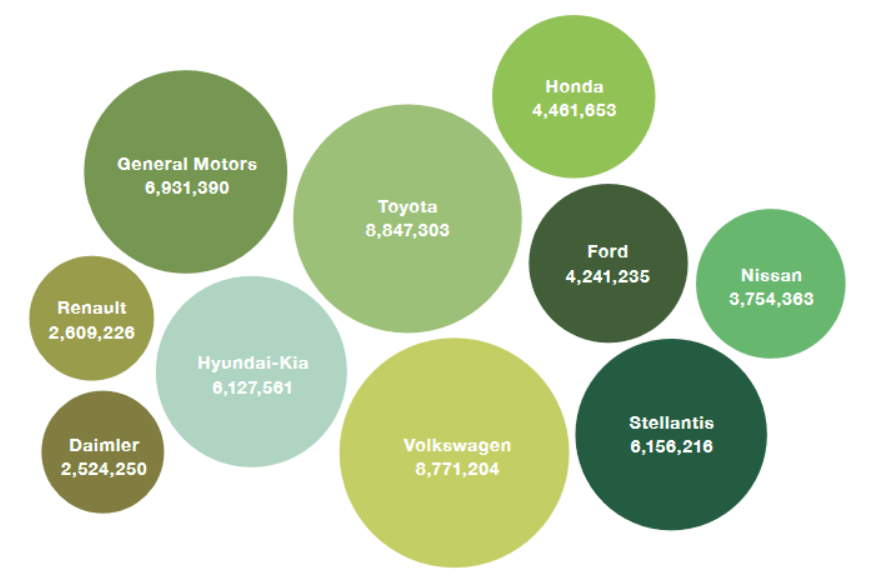 According to report, last year, zero emission vehicles merely made up 3% of global sales. Greenpeace says the auto manufacturers are too slow, and must shoulder the responsibility to end fossil fuel consumption as soon as possible, since the climate cannot wait. Ada Kong concluded:

“Top automakers need to phase out ICE vehicles in major markets by 2030 in order to keep the world within the 1.5℃ global temperature rise, and this should happen by 2028 in Europe. To deliver the best potential impact of a transition to EV, governments have a role to ensure the drastic increase in the supply of renewable energy in electricity generation. Ultimately, automakers will need to rethink their business model, which at the moment is set on profiting from selling more cars at an ever-faster pace.”