Toyota has announced that it is leading a consortium to develop a Hilux prototype powered by a hydrogen fuel cell. Led by Toyota Motor Manufacturing UK (TMUK), the consortium consists of technical partners such as Ricardo, European Thermodynamics (ETL), D2H and Thatcham Research.

According to the Japanese automaker, TMUK has already successfully secured funding for the project from the UK government through the Advanced Propulsion Center (APC), an organization supporting the development of cleaner technologies and new mobility concepts. This funding specifically supports later stage R&D that takes a product from proof of concept to prototype vehicles. 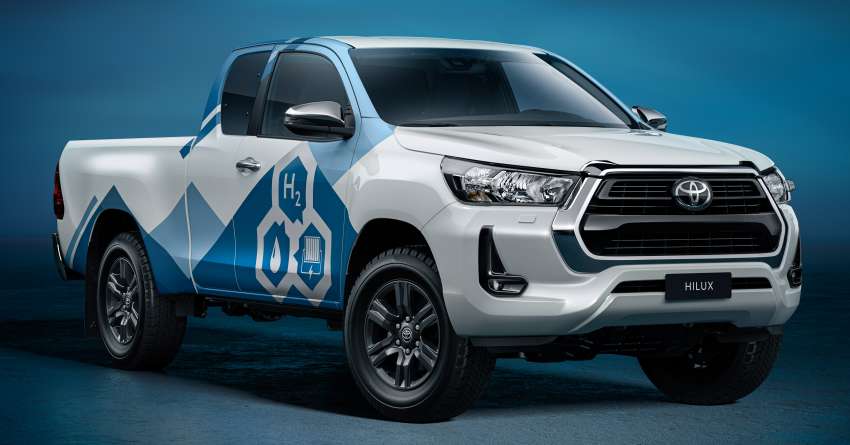 The upcoming prototype will adopt fuel cell components similar to those used in the current Mirai. Based on the images provided, the Hilux prototype will have its hydrogen tanks stored beneath the cab and the fuel cell stack occupying the engine bay. Power generated will be sent to a rear electric motor that will propel the wheels. 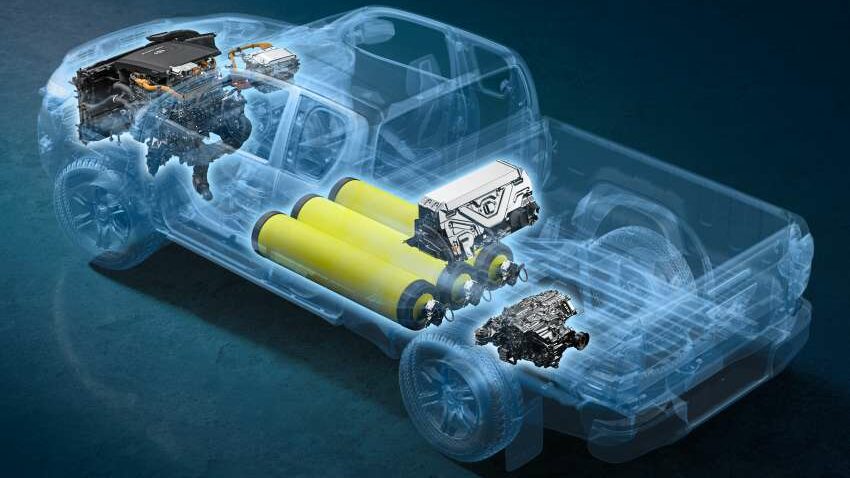 “The UK is one of the key markets for pick-up trucks and is an important market for Toyota. This funding represents a tremendous opportunity to develop a zero-emission solution in a critical market segment. We would like to thank the UK government for the funding that will enable the consortium to investigate the development of a fuel cell powered powertrain for the Toyota Hilux, supporting our carbon neutrality ambition.” 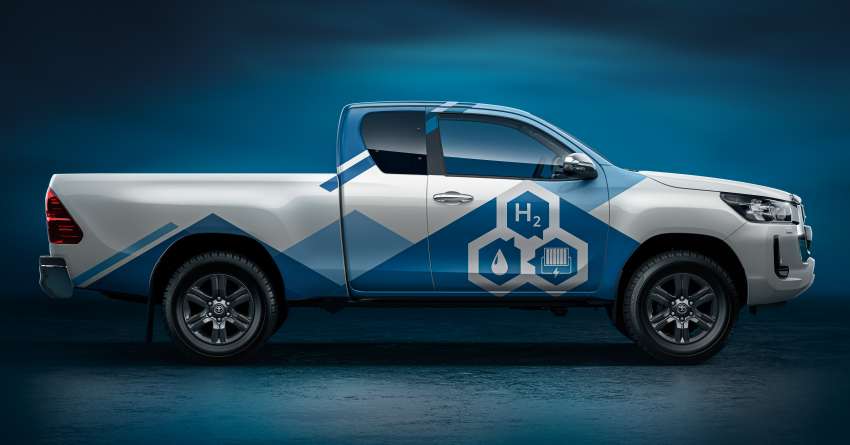 Toyota has already expressed its interest in offering zero-emission commercial vehicles before. The company’s decision to explore the feasibility of a hydrogen-powered Hilux is to find out whether there is a case to provide an additional application for its fuel cell technology.

wpDiscuz
Tags:HiluxhydrogenprototypeToyota
previousRemembering the Honda Quint Integra from 1980s
next2023- Dark Clouds will Remain Looming on the Auto Sector