Toyota has officially released the first teaser image of the upcoming Crown Cross. Earlier only leaked patent images, and speculative renderings via unofficial sources had made their way on the internet. The new Crown Cross will break covers on the 15th of July 2022.

Crown was one of the oldest and most successful nameplates by Toyota which lived between 1955 and 2020 with 16 generations produced between these 65 years. However after discontinuing the nameplate in 2020, Toyota then decided to resurrect the iconic nameplate, hence Crown is coming back to life again this time as a high riding fastback, to be called as Crown Cross. 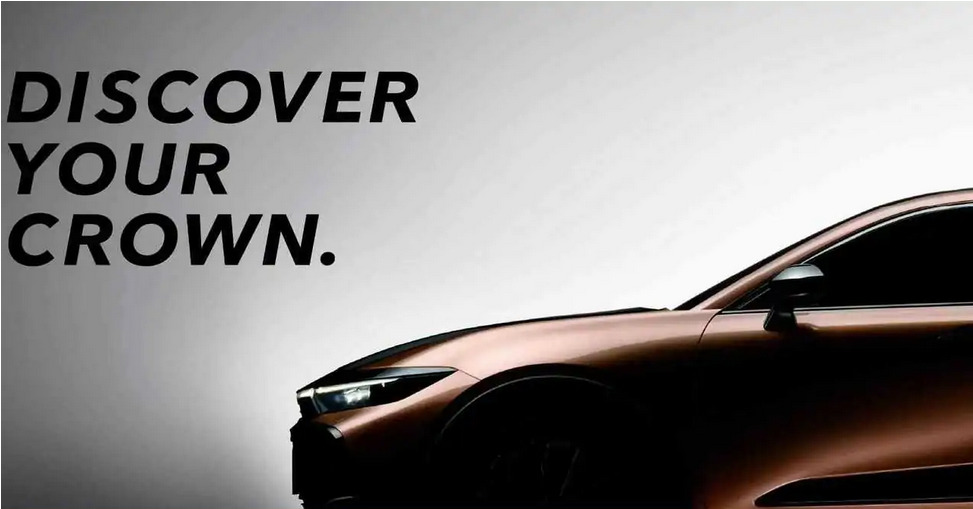 The officially released image shows us the side profile of the front section of Crown Cross in gold beige color. Resemblance with the 10th gen Honda Civic is quite evident while the fascia will get a full-width LED uni-brow. Generous use of black cladding is also evident in the teaser image whereas other design details are expected to be unveiled within the next few days.

According to information the Toyota Crown Cross will sit on the TNGA-K platform and will measure 4,930mm long, 1,840mm wide, and 1,540mm tall, with a wheelbase of 2,850mm, making it bigger in every dimension compared to the outgoing sedan, but with a slightly shorter wheelbase. Two- and four-wheel-drive configurations are planned, along with hybrid and plug-in hybrid drivetrains.

More information on the Toyota Crown Cross to be shared as & when available. Stay tuned to CarSpiritPK.