Toyota Yaris Discontinued in India Due to Poor Sales

Toyota has officially announced to discontinue the Yaris sedan in India due to poor sales. According to the company the decision has been taken under its new product strategy which will likely see a rebadged version of Suzuki Ciaz to be sold under Toyota’s umbrella in India, thanks to Toyota-Suzuki partnership which has already spawned multiple cross-badged products in Indian market. The Ciaz-based Toyota is expected to be sold under Belta nameplate in India.

Yaris sedan was launched in India in April 2018 with high hopes to compete in the most competitive segment of Indian market which was dominated by Suzuki Ciaz, Honda City and Hyundai Verna. However despite being much rich in features & equipment (compared to Pakistani version), Toyota Yaris struggled to make an impact in Indian market and was seated at the extreme bottom of the segment. Sales of Yaris in India were so bad that only 3,807 units were sold during the entire calendar year 2020 which is 7-times less than that of the segment leader Honda City.

Over all these years Toyota botched up tweaking designs of Yaris to suit Indian customers such as to introduce dual-tone colors, or even body decals but all went in vain. It was available in 4 grades and 14 trims, and came equipped with a 1.5-liter (1496cc) Dual VVT-i petrol engine which was later upgraded to meet the BS-VI emission standards. The engine was paired to either a 6-speed manual transmission or a CVT gearbox.

Safety features consisted of 7 airbags and ABS with EBD and BA as standard across all grades. Top-end trims also get two front parking sensors, four rear parking sensors, reverse camera, VSC, HAC, TPMS and all-wheel disc brakes. However even after all this, the Yaris was unable to create any problems for its rivals in the segment whatsoever and remained at the bottom of sales chart with some dismal sales figures. Now with the discontinuation of the Yaris, Toyota has announced that it will continue to provide aftersales support to the owners and has committed to also provide spares at least for the next 10 years. 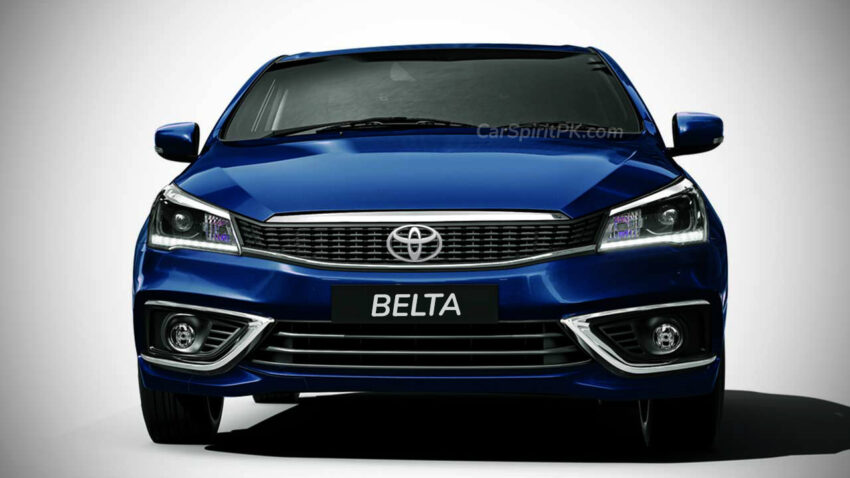 Toyota hopes that since Ciaz is among the handsome sellers in India, the Ciaz-based Toyota sedan will likely do good in Indian market compared to the rather unsuccessful Yaris. The upcoming Belta (Toyota Ciaz) which will be cosmetically slightly different than the original Maruti Suzuki Ciaz is expected to be introduced in 2022.