Up-Close with the All New 2020 Honda City

Honda unveiled the all new 7th gen City sedan in November; call it 5th gen if you disregard the first two generations produced as hatchbacks during the 1980s. Although we have seen official images as well as coverage from the debut of the new sedan and it was later displayed at the 2019 Thai Motor Expo as well. However this is the first time that the City is being witnessed out in the open, courtesy folks at HeadLightMag.

According to Honda, the response from public is overwhelming. Within just 20 days, the company had garnered more than 4,500 bookings of the all new City. Among which 45% of the bookings were made for the SV version, whereas 40% of cars booked were top-spec RS version. The remaining 15% bookings were made for the base S and V models. Those who have the SV and RS models booked will reportedly get the deliveries by March 2020. 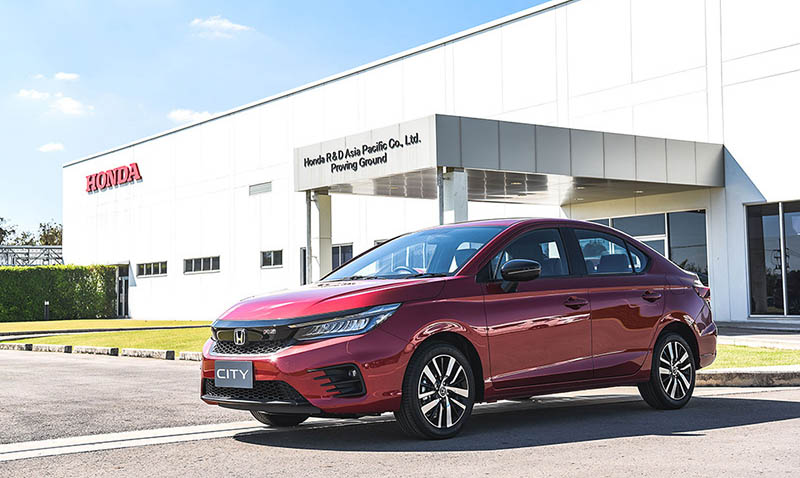 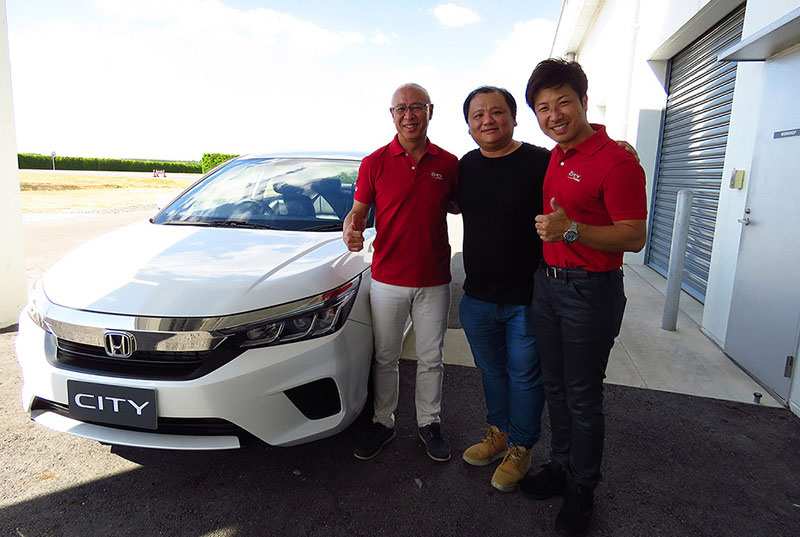 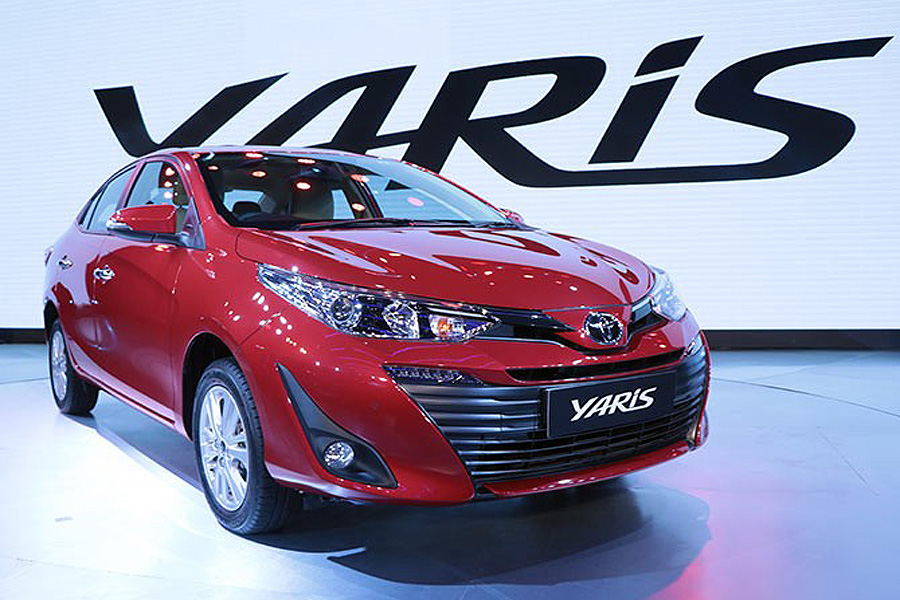 Although the City is longer than its previous model as well as any other car in its class in Thailand including Mazda 2 sedan, Nissan Almera and Mitsubishi Attrage, it is in fact even larger than the 7th gen Civic which was produced between 2001 and 2005.

According to Mr. Satoru Azumi the main idea of ​​developing the new City is an “Ambitious Sedan”. The overall design concept is a combination of Strength and Space. The exterior has been designed under the concept of Standing on the Edge, emphasizing sharpness. Enhance the personality as a 3-Box style car with a longer front overhang.

In addition, the design guidelines for wide & low form body designs from siblings like Civic (FC) and Accord (G10) are also being used, with the car’s height reduced to 4 mm. The width is increased by 53 mm and the body length is increased by 113 mm. 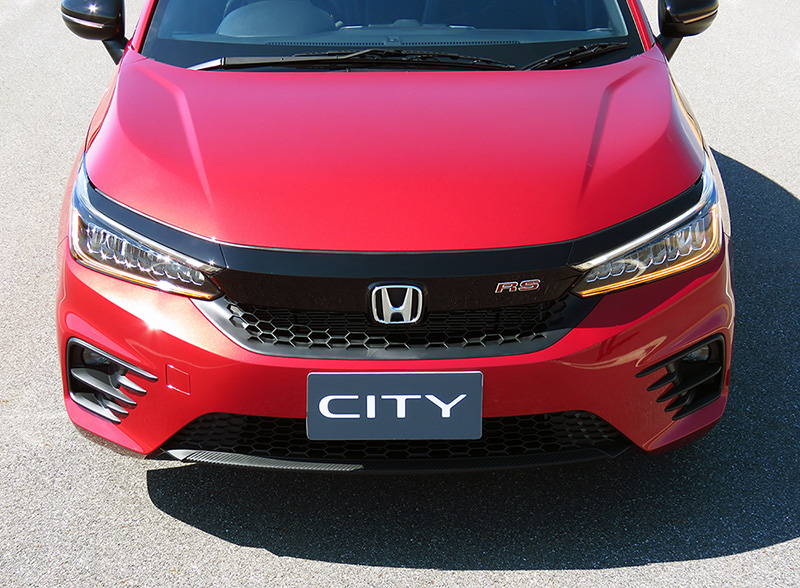 Solid Wing grille is still used in the new City, but it gets wider and positioned slightly lower. The S, V and SV models will have a chrome grille while the RS model gets a shiny Piano Black grille with RS emblem on the left. The headlights of the S, V, and SV models are halogen projector lenses, while the RS gets full-LED, including low beam, high beam, turn signal and front fog lights as well as Daytime Running Lights. 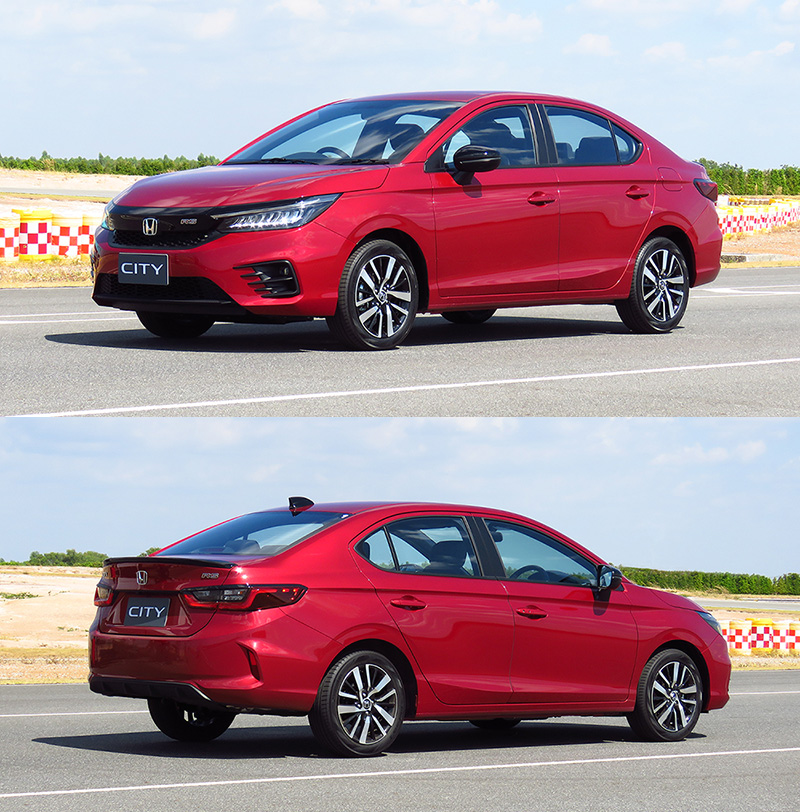 Towards the sides, the distinct character line now originates from the top of the headlamps, and progresses above the door handles rather than below them. Door handles of the S, V and RS models are body colored, while the SV model gets chrome plated ones. Every model (except the base S version) has side mirrors with built-in turning signals which can be adjusted and folded electrically. The side mirror covers in the S, V and SV models are body colored, while the RS has black. The side turning lights of the S model are located above the front wheel arch.

Position of the side mirrors on the new City has also changed. Previously they were installed on the A-pillar post, however now they have been moved to the door to help reduce blind spots on either sides. There is a body colored shark fin antenna however the RS gets a glossy gloss black. At the rear, the slimmer two-piece taillights boast a U-shaped light signature & redesigned bumpers with vertically positioned reflectors. The RS version gets a glossy black rear spoiler and RS emblem. 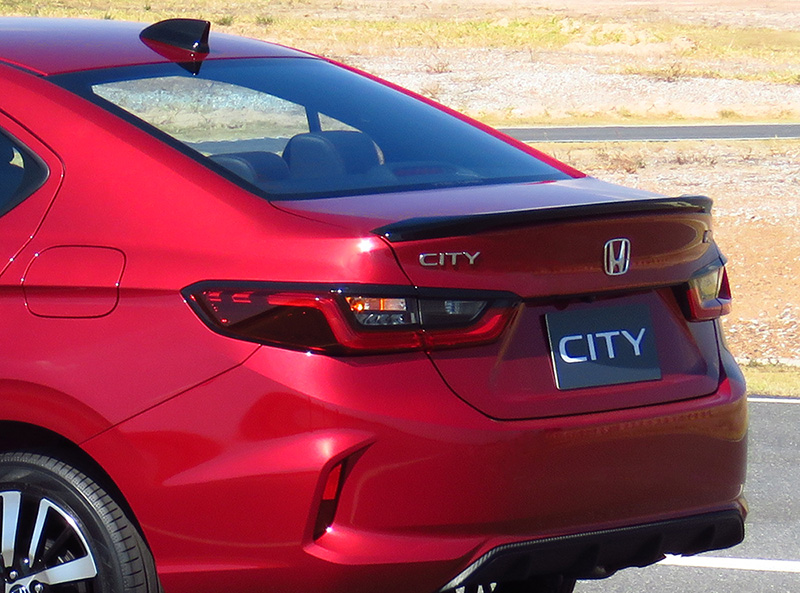 The based S model gets simple key with a trunk release switch and a lock. The V, SV and RS models get Honda Smart Key System. In addition, all models have Auto Door Lock by Speed, Immobilizer and One Push Ignition System as standard.

The instrument panel and gauge set are designed under the Ambitious Beauty concept, emphasizing simplicity and sophistication. The gauge set is of 2 circles– the left being speedometer while the right side is tachometer. The middle part is a MID (Multi-Information Display) driving screen with an economy indicator light. The circular and needle frame in the V and SV models are white, while the RS version glows red, whereas the base S model is normal. 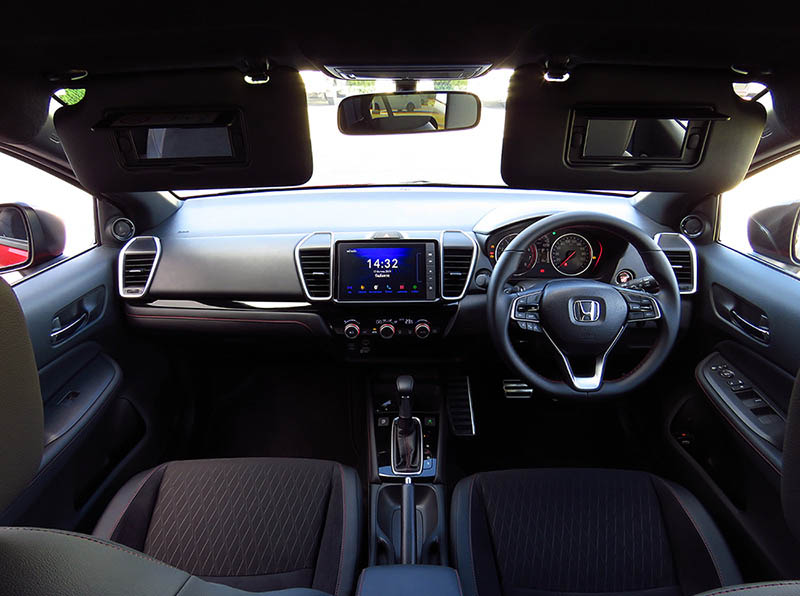 The front console decoration in the SV model is soft-lined with ivory white leather, decorated with Piano Black materials, while the RS version is soft-lined with black leather. However, the S and V models are still plastic bite pattern.

The air conditioner in S model is normal with a hand crank switch. V, SV and RS models have automatic air conditioners with a digital display screen. Stereo systems in the S and V models have an FM / AM radio set that can connect to a Bluetooth cordless phone with 1 USB connector and 4 speakers installed. The SV and RS models get an FM / AM radio set but have an upgrade to Advanced Touch, with an 8-inch touch screen, Apple CarPlay support, Bluetooth wireless phone connectivity, Smartphone and Voice command system support. The Siri voice with 2 USB connectors in the SV model has 4 speakers, while the RS model has 8 speakers. The Multi-angle Rearview Camera is only available for SV and RS models.

In addition, RS models are equipped with Honda Connect system, which has the following main functions:

The ingress and egress has also been made convenient thanks to wider front and back doors that allow getting in and out of the car a lot easier than previous models. The seats have also been improved while there is ample space (headroom and legroom) for front as well as rear passengers.

For the first time Honda City gets a downsized turbocharged engine specifically to comply with Thailand’s Eco Car Phase 2 regulations. The 1.0 liter (998cc) P10A2 three-cylinder turbocharged engine produces 122hp and 173Nm of torque and comes mated to a 7-speed CVT gearbox. Other specifications include an Idling Stop System, a dual Variable Valve Timing Control (VTC) and Variable Valve Timing & Lift Electronic Control (VTEC). The engine complies with Euro-V emission standards. For 0-100 lovers, this tiny engine can take you to three figures in less than 10.4 seconds. 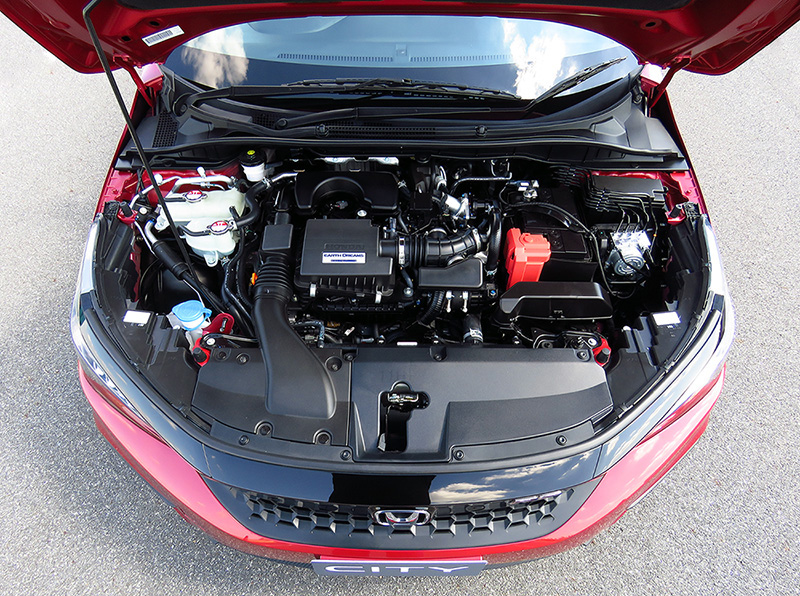 Safety and driving assistance systems include: 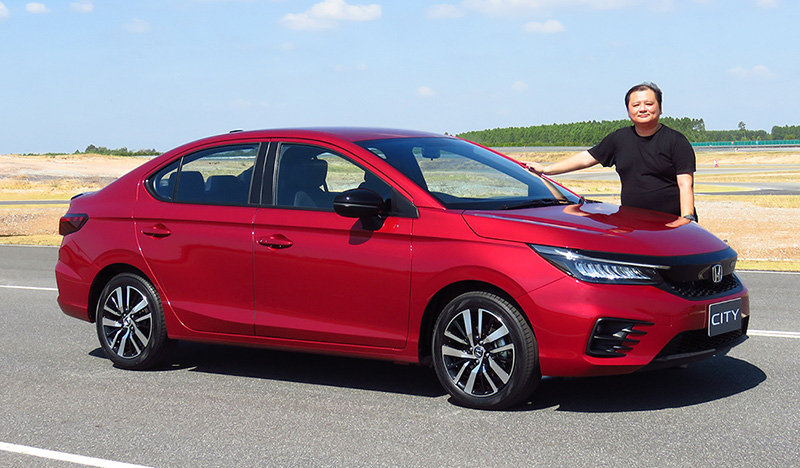 Overall Honda has worked really hard to improve the new City and maintain the heritage of a car that is considered as the most popular model in the region. The 2020 Honda City is spacious, rich in safety & configurations, drives well, goes fast, handles better and brakes efficiently. Although Thailand gets 1.0 liter turbo as the only engine option, for other markets however there will be a 1.5 liter hybrid as well as a diesel engine on offer.

The introduction of all new City has made the local assembled Honda City two generations behind the global model. The City we have here was launched back in January 2009 and is about to enter its 12th year of production in Pakistan. We will have to wait to see when Honda Atlas decides to bid farewell to the 5th gen City which already got retired elsewhere in 2014.