Overall, the profile of new Civic shows its faithfulness to the current gen Honda Accord particularly with the sloping roofline and the kink at the C-pillars. In terms of dimensions, the 11th gen Civic is 33 mm longer than before at 4,674 mm while the wheelbase is 36 mm greater at 2,736 mm. The 1,415 mm width and 1,801 mm height remain unchanged when compared to the 10th gen Civic we have here.

For the first time we get to see the interior of the new Civic as it was restricted to design sketch in earlier reveals. As seen with the previously released sketches, the interior gives a retro-inspired feel with a minimalistic dashboard design that features honeycomb mesh pattern spanning the width of the dashboard, with stalk controls sticking out of the air vents. According to Honda, the design decision was made to conceal the air vents that would otherwise deface the uncluttered and harmonious look of the dashboard. 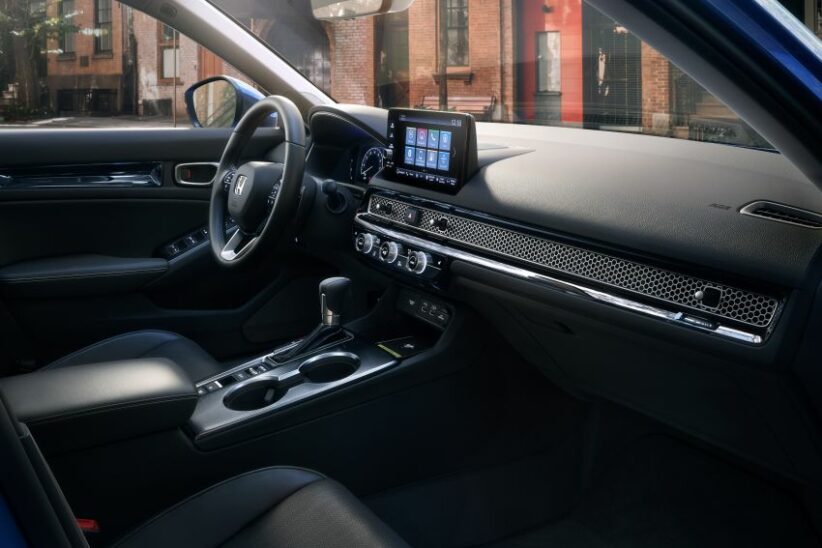 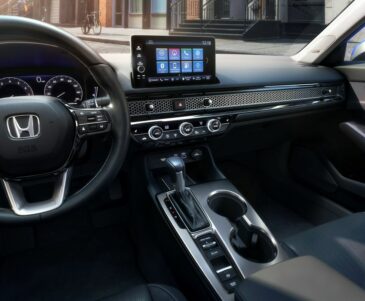 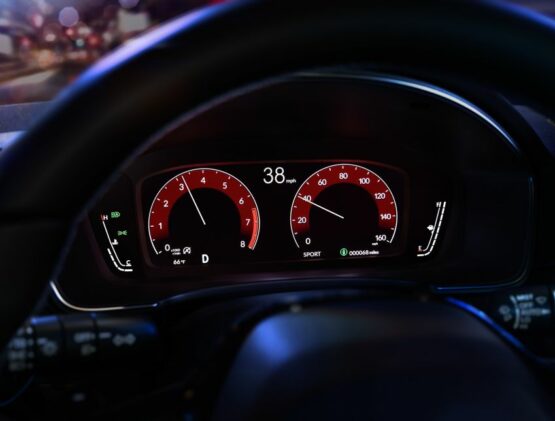 There is a free-standing multimedia system with 7-inch and 9-inch configurations (depending on the variant) along with a Bose 12-speaker sound system & wireless charger. The revised center stack features gear lever, drive mode selector, electronic parking brake and brake hold controls arranged in a single row, with cupholders beside them. 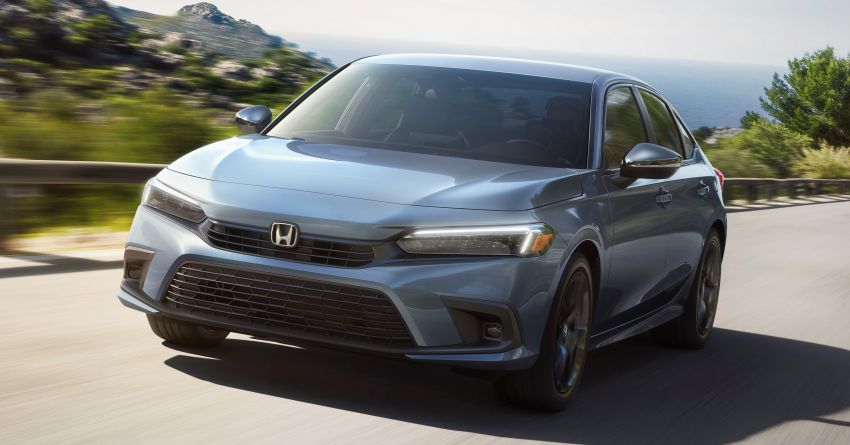 Other updates include new seats & improved materials, a new multi-function steering wheel which is unusually not flat-bottomed, accompanied by 10.2-inch digital instrument cluster on top trims while lower variants will get 7-inch screen with an analogue speedometer.

There are two engines offered with the new Civic. There is a 2.0L naturally-aspirated four-cylinder petrol engine good for 158 hp and 187 Nm while the 1.5L turbo has been tuned to deliver 180 hp and 240 Nm which is 6hp/ 20Nm more than the one that was deployed in the 10th gen Civic. 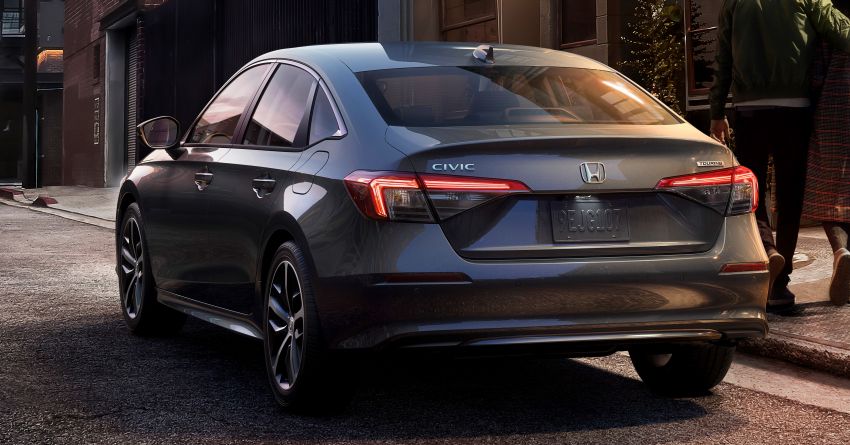 In terms of safety, the Honda Sensing suite comes standard and uses a new single-camera system that provides a wider field of view compared to the previous radar- and camera-based system. According to Honda, the new software and more powerful processing allow the system to more quickly and accurately identifying pedestrians, bicyclists and other vehicles, along with road lines and road signs.

The new setup improves on existing functions including Adaptive Cruise Control (ACC), and Lane Keeping Assist System (LKAS). Other suite enhancements include the addition of Traffic Jam Assist and 8 sonar sensors, which allows for Low-Speed Braking Control as well as front and rear false-start prevention. 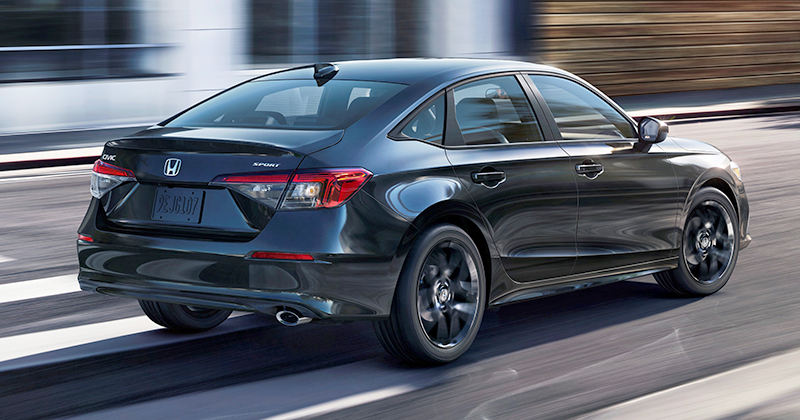 The 11th gen Honda Civic also benefits from new airbag technology featuring a new structure to cradle and hold the head to reduce rotation in the event of a collision. There are 10 airbags offered with the Civic, while the Advanced Compatibility Engineering (ACE) body structure has been enhanced to offer improved occupant protection in angled frontal collisions.

Other improvements include revised suspension, with the front MacPherson struts getting new low-friction ball joints and front damper mount bearings to improve steering feel and self-centering, while the spring and damper alignment has been optimized to minimize operational friction. The electronic power steering has been tuned to provide better feedback and improved stability, while low-drag front brake calipers and low-friction wheel bearings reduce rolling resistance to improve fuel economy. 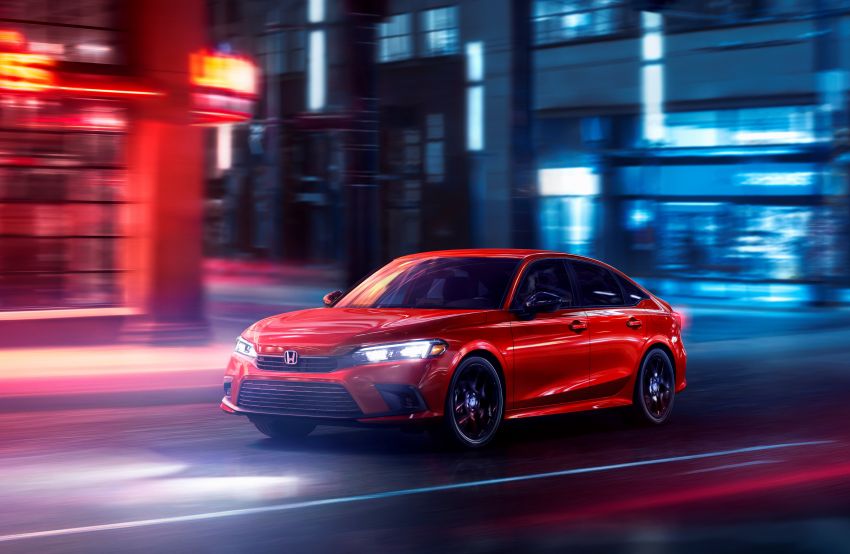 For the rear, the track is 12.7 mm wider for enhanced stability, with a new larger compliance bushing with an improved bushing axis to reduce harshness. Furthermore, the two rear lower arms are equipped with a new bushing that helps reduce noise and vibration inside the cabin, while also promoting better straight-line stability and controlled maneuverability.

Pricing for the all-new Honda Civic sedan is yet to be announced however it will soon be joined by the hatchback variants which for the first time will be built in USA after the closure of Honda’s Swindon plant in the UK. The 11th gen Honda Civic in sedan & hatchback forms will go on sale towards the second half of this year while it is expected to reach our part of the world most likely in 2022. 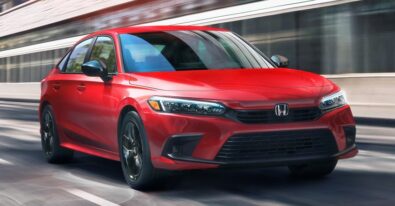 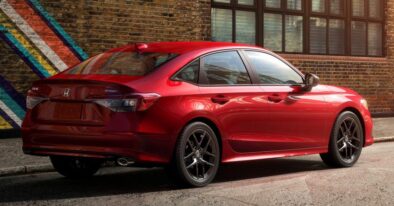 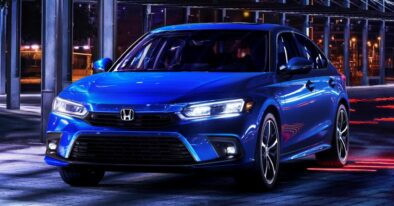 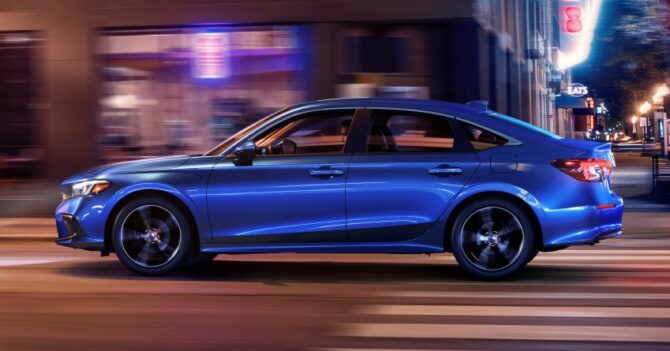 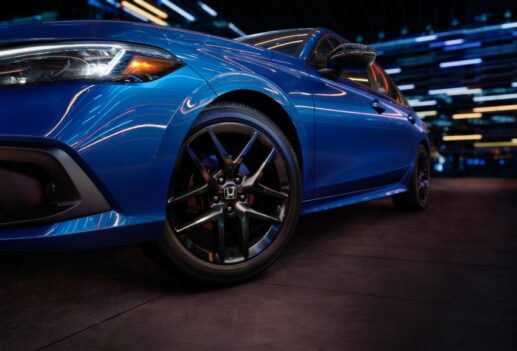