After a never-ending session of spy images & teasers, Hyundai has finally unveiled the Santa Cruz pickup that will go on sale in the North American markets.

Much smaller in size than conventional double cabin pickups, Hyundai calls the Santa Cruz a “Sports Adventure Vehicle” and while it may look like a stylish compact double cabin pickup, it blends the characteristics of an SUV with that of an off-roading pickup with a car-like drive comfort. With an added benefit of all-wheel drive platform, the Santa Cruz will be equally beneficent in urban and adventure-focused environments, while the utility bed acts as a flexible place to carry the gear. 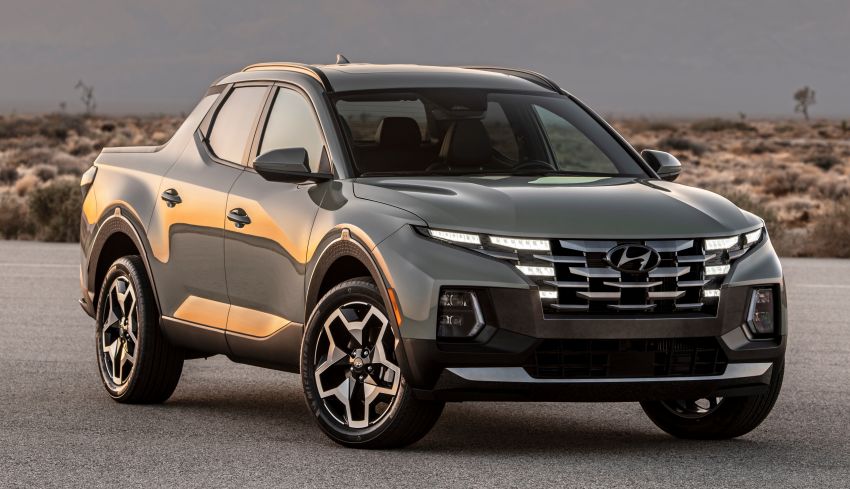 As far as the profile is concerned, the Santa Cruz stays true to the original concept that debuted at the 2015 Detroit Motor Show, however contrary to the concept, the front-end of the production version adapts styling that’s largely reminiscent of the latest Hyundai Tucson with LED DRLs hidden within the full-width grille. Not to mention the Santa Cruz is built on the same Tucson (NX4) platform and rides on a unibody chassis instead of a ladder-frame unit.

The side profile features a raking C-pillar that helps Santa Cruz stands out from the rest of the pickups with a unique appearance since pickup trucks typically have a vertical border between cab and bed. The Santa Cruz does get the polygonal creases on its side but they are not as prominent as we see in the new Tucson. The back features hammer-shaped lighting signatures that goes into the tailgate. The open bed area features a lockable in-bed storage, integrated corner bumper steps and a lockable tonneau cover. All of these seamlessly blends into the overall design. The Santa Cruz wordmark is prominently engraved at the lower section of the tailgate. 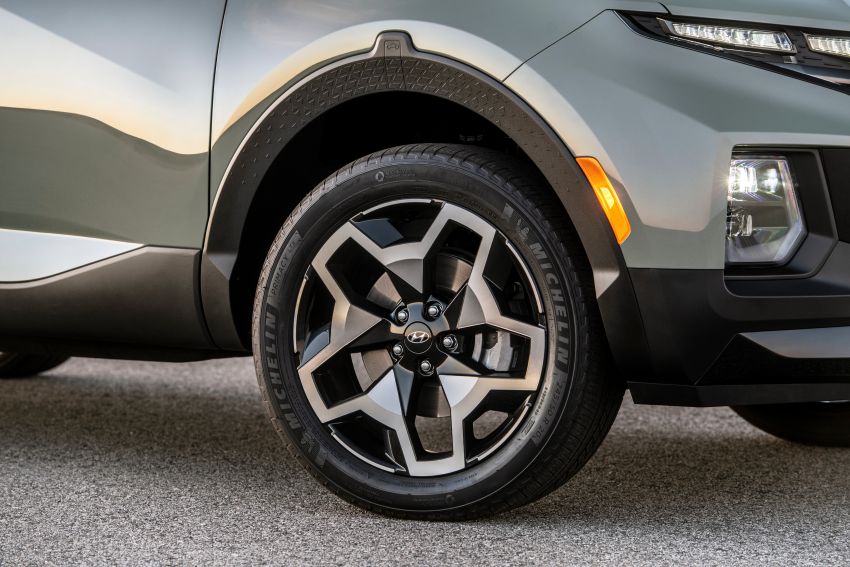 The Santa Cruz rides on 20-inch alloy wheels while as seen with new breed of its cars, Hyundai’s love for pale non-metallic paint finishes becomes evident once again.

Like the exterior, the Santa Cruz interior is much like the new Tucson with its dual-cockpit design and the waterfall-inspired center stack that gets all screens and touch panels instead of conventional buttons & dials. The steering wheel is also similar to what’s being offered with new Elantra, Tucson and the likes. However, there is a proper gear lever instead of the electronic gear selector as found in the new Tucson. 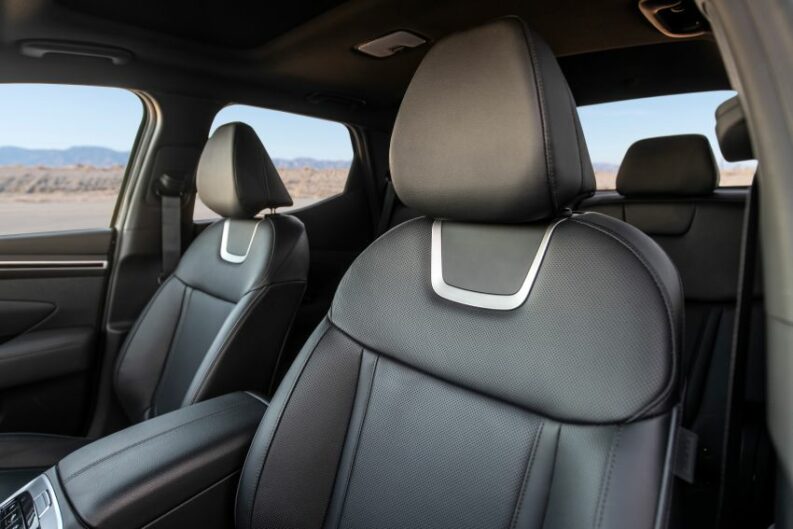 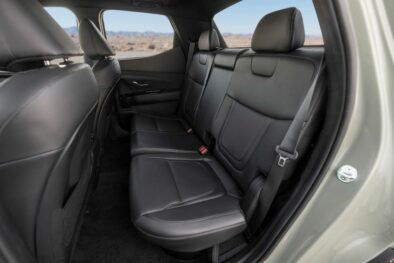 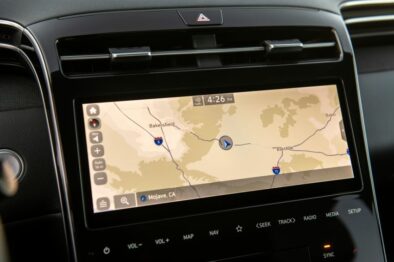 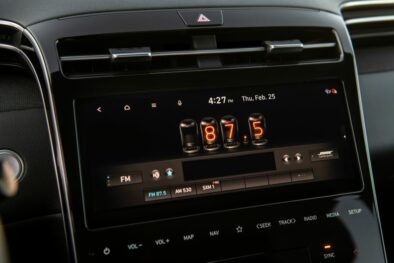 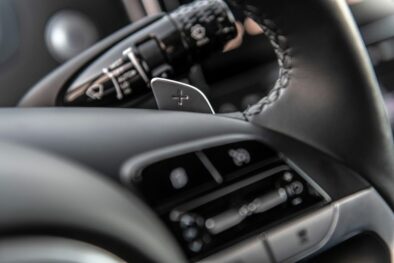 Under the hood, the Hyundai Santa Cruz comes with a choice of two 2.5L engine options, both paired to an 8-speed automatic transmission. The standard engine is a direct-injection naturally aspirated unit with 190hp of power and over 245Nm of torque paired with a conventional torque converter gearbox. Then there is a turbocharged option with estimated 275hp and 420Nm having dual-clutch gearbox and paddles shifters.

Both engines offer HTRAC all-wheel drive which is a multi-mode system, providing an electronic, variable-torque-split clutch with active torque control between the front and rear axles. The Sport setting gives a more agile feel by sending more torque to the rear wheels. Impressively, the Santa Cruz Turbo AWD can pull 5,000 pounds (2,268 kg) which is more than you get from bigger pickup trucks such as the Jeep Gladiator Rubicon. “Santa Cruz, with its bold styling, breaks open all-new segment territory, both for Hyundai and the industry as a whole. Open-bed flexibility coupled with closed-cabin security meets the changing everyday needs of its adventure-oriented buyers, while powerful and efficient engines and superb maneuverability ensure it is a pleasure to drive in urban or off-road environments. Our customers will wonder just how they managed before owning one.” Hyundai says the Santa Cruz is targeted at customers of the Millennium generation who want a completely new class, rather than buying an existing pickup truck. It is a pickup truck that emphasizes various uses for consumers who enjoy leisure life. However, it is yet to be known whether Hyundai has plans to introduce the Santa Cruz in other global markets or not.