Hyundai amazed the crowds when it first unveiled the Santa Cruz pickup as a concept at the 2015 Detroit Auto Show. Many thought it would just be another concept and would never go into production however in 2018 the South Korean automaker announced its plans that the stylish pickup concept will actually become a reality.

Since then, we have seen several images of camouflaged test mules, its production body shell as well as speculative renderings of the Santa Cruz which shows the excitement for the pickup among enthusiasts and automotive media around the world. 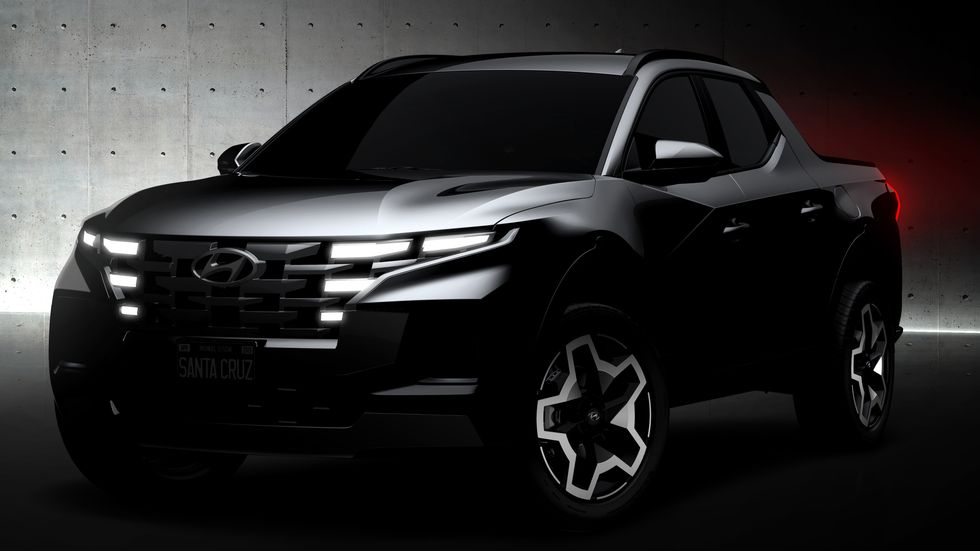 And now finally, Hyundai has officially released teaser images of the Santa Cruz pickup truck which according to the information will be making its debut on the 15th of April 2021.

Hyundai says the Santa Cruz will be placed in the “Sports Adventure Vehicle” category and while it may look like a stylish compact double cabin pickup, it will offer much more with a focus on adaptability having at least two powerful and efficient powertrain options, and all-wheel drive platform that will supposedly be equally beneficent in urban and adventure-focused environments, while the utility bed will be a flexible and open place to carry the gear. 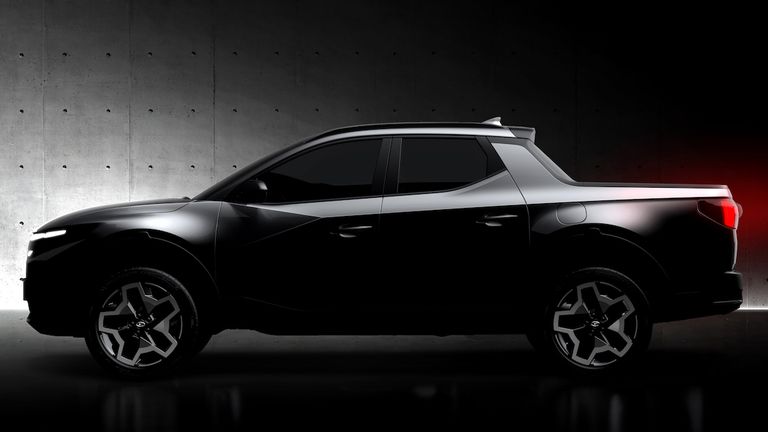 It should be noted that the Santa Cruz will ride on a unibody frame instead of a ladder-frame chassis and will slot into an increasingly popular segment of small pickups. Hyundai will likely emphasize the Santa Cruz’s ability to haul kayaks and bikes rather than its outright payload and towing capacity targeted towards adventure-oriented buyers. Santa Cruz’s monocoque structure is expected to provide superior ride comfort, quietness and handling performance over traditional ladder-frame pickup trucks.

No official word on the powertrain options yet, but as per industry pundits the Santa Cruz might get a 2.5-liter engine in naturally aspirated and turbocharged guises paired to an 8-speed automatic with AWD system.

The Santa Cruz is Hyundai’s first-ever pickup that’s based on new Tucson’s NX4 platform. It even gets a front end that mimics the latest Tucson styling as well as a hint of sharp creases on its sides following the “parametric dynamics” theme as seen on newest breed of Hyundai cars. 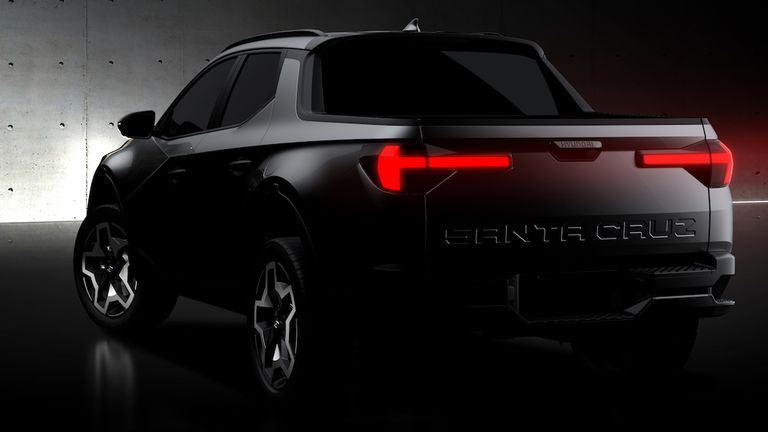 The C-pillar slants toward the bed, giving the cab a sleek appearance while the split-type LED tail lights on the back illuminate in a hammer shape. The Santa Cruz wordmark is prominently engraved on the tail gate.

“Santa Cruz, with its bold styling, breaks open all-new segment territory, both for Hyundai and the industry as a whole. Open-bed flexibility coupled with closed-cabin security meets the changing everyday needs of its adventure-oriented buyers, while powerful and efficient engines and superb maneuverability ensure it is a pleasure to drive in urban or off-road environments. Our customers will wonder just how they managed before owning one.”

The Santa Cruz will initially be built & sold in the North American markets however we will have to wait to see whether Hyundai introduces this small & stylish pickup in other parts of  the world or not.