The old K12M engine has been replaced by a new & more powerful 1.2 liter K12N Dualjet unit that produces 90 hp of power and 113Nm of torque. The engine is equipped with idle start stop (ISS) technology resulting in a high fuel efficiency of 23.2 km in a liter for manual and 23.76 km per liter with AGS variants. 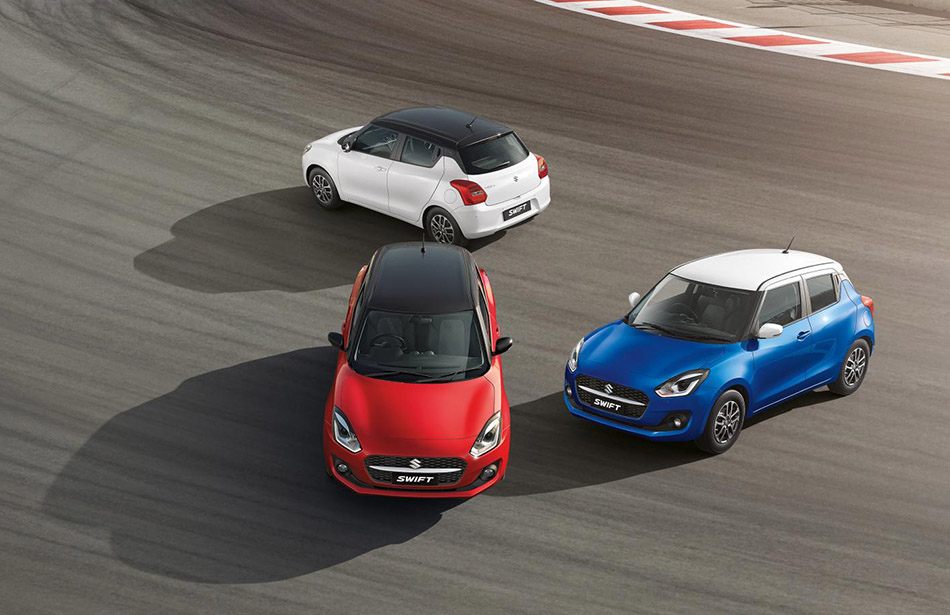 In terms of visual enhancements, the 2021 Swift facelift gets a new mesh grille up front with bolder chrome accents whereas the interior gets added silver embellishments to enhance the looks. The new Swift is also available in dual tone exterior colors to further enhance its visual appeal. 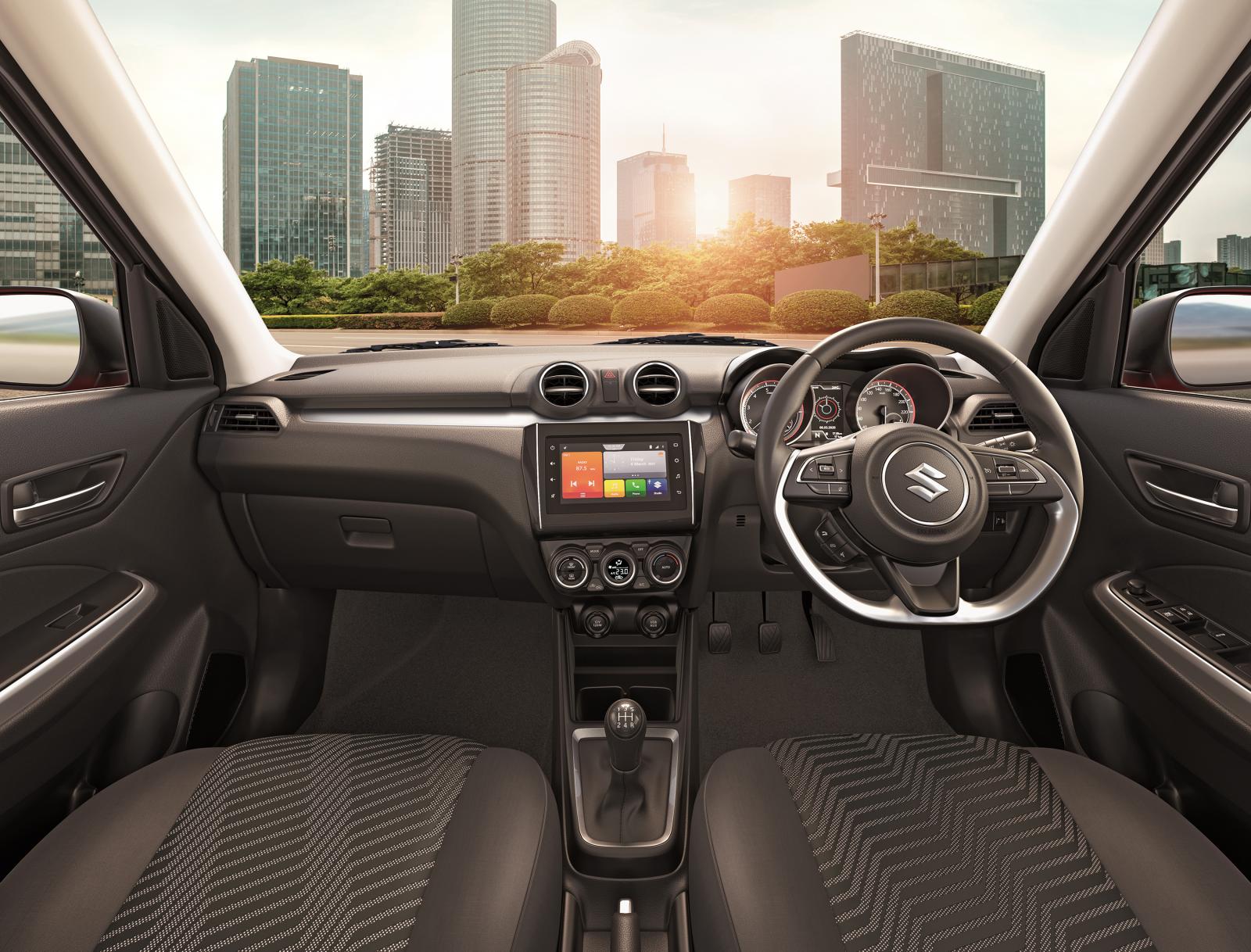 Features added with the Swift facelift include cruise control, idle start and stop and key synchronized auto foldable side view mirrors. There is a new 4.2-inch multi-information colored TFT display along with 7-inch Smartplay Studio infotainment system that combines smartphone, vehicle, and cloud-based services to enhance the overall ownership experience. 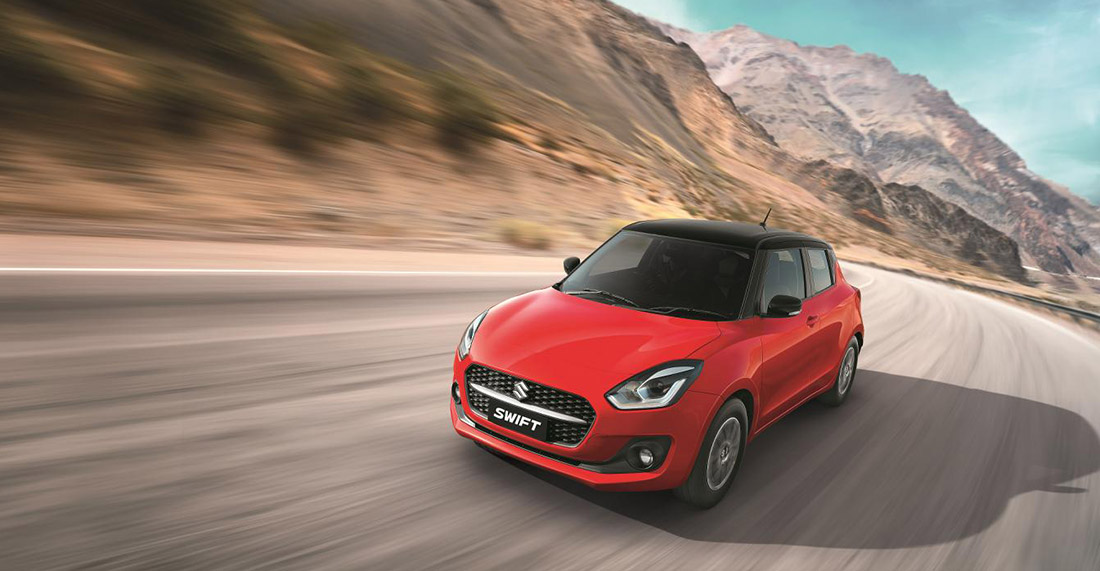 Suzuki Swift is considered one of the most successful cars in Indian market. This generation model was introduced in India in February 2018. It then set a record of selling 100,000 units in just 145 days of its launch and went on to surpass 200,000 units sales milestone within 350 days. It was also crowned with the Indian Car of the Year award for year 2019. 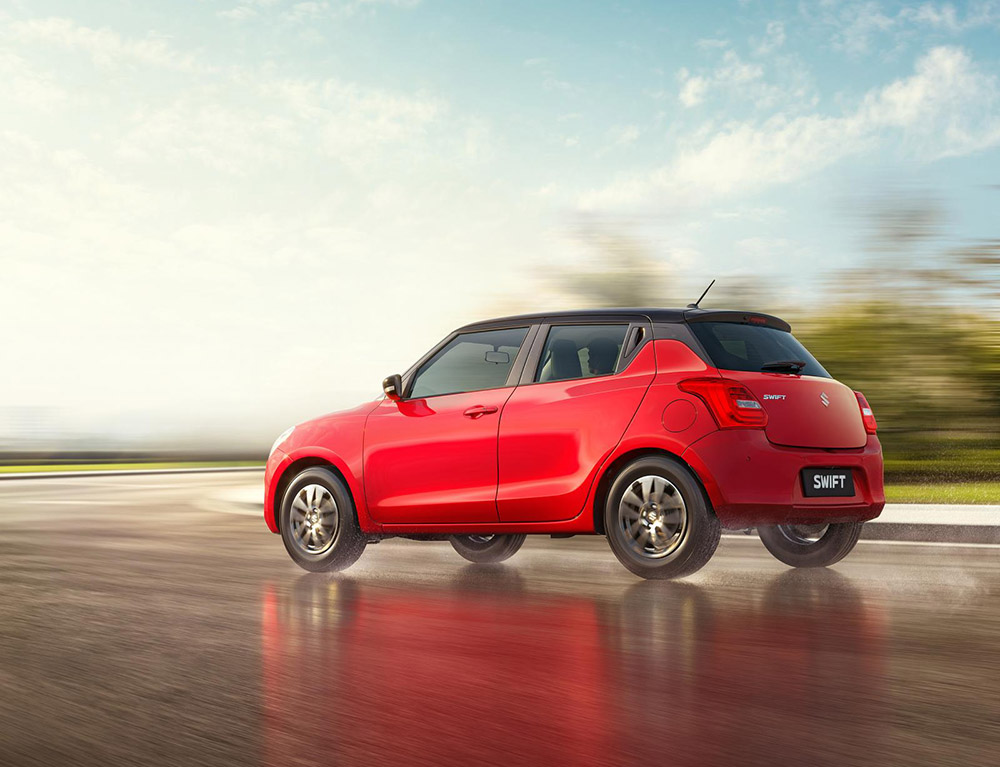 Over 2.3 million units of Swift have been sold in India ever since it was first introduced in Indian market back in 2005. Not only this, the Swift was the highest selling car in India for the year 2020 with 160,700 units sold during the pandemic struck year. The introduction of Swift facelift is expected to help Maruti maintain an edge over its rivals in the highly competitive Indian market.