Consumer Reports (CR) is an American independent, nonprofit member organization that works side by side with consumers for truth, transparency, and fairness in the marketplace since 1936. It is dedicated to independent product testing, investigative journalism, consumer-oriented research, public education, buying-guides and consumer advocacy.

Related: Subaru and Mazda are the Best Vehicles for 2022 Says Consumer Reports

CR is often regarded for its transparency and work towards consumer welfare by highlighting problems & defects in products on a number of occasions which automakers were quick to rectify. For example, in 2007 BMW changed the software for the stability control in its X5 SUV after replicating a potential rollover problem discovered during a CR test.

In 2010, CR rated the 2010 Lexus GX 460 SUV unsafe after the vehicle failed one of the magazine’s emergency safety tests. Toyota temporarily suspended sales of the vehicle, and after conducting its own test acknowledged the problem and issued a recall for the vehicle, which later passed a CR re-test. In 2018, CR said it could not recommend the Tesla Model 3 due to concerns about the car’s long stopping distance. Within days, Tesla issued a remote software update. CR retested the car’s brakes, then gave the Model 3 a “recommended” rating. 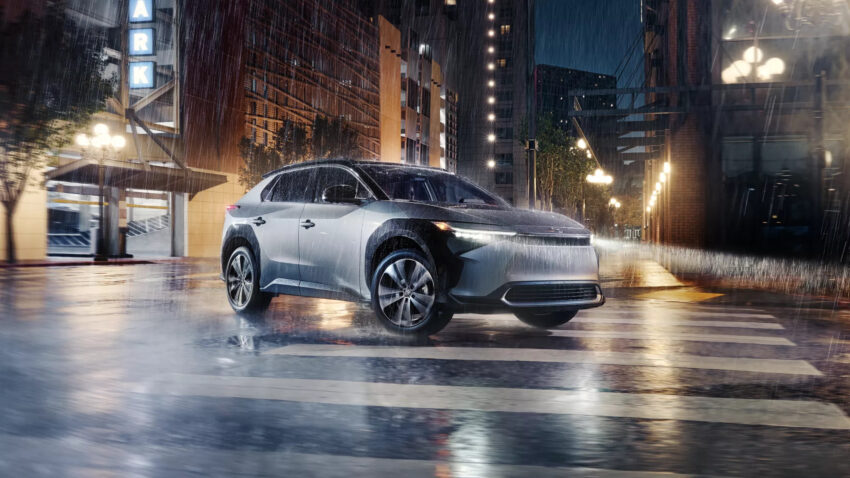 Toyota recently launched the bZ4X EV SUV in USA in April. However CR doesn’t like a few things about Toyota’s first-ever all-electric vehicle. It remains to be seen when Toyota will introduce the improvements to the bZ4X EV based on the issues highlighted by CR.

1. Issues with Toyota bZ4X Onboard Charger

CR doesn’t like the onboard charger with the bZ4X. In all-electric vehicles, an onboard charger is required to make sure the car can be charged & run. However, with Toyota’s new electric crossover, the charger is a 6.6-kW model, which limits the charging speed. Plugging into a Level 1 or 2 home charger could take much longer than rivals. 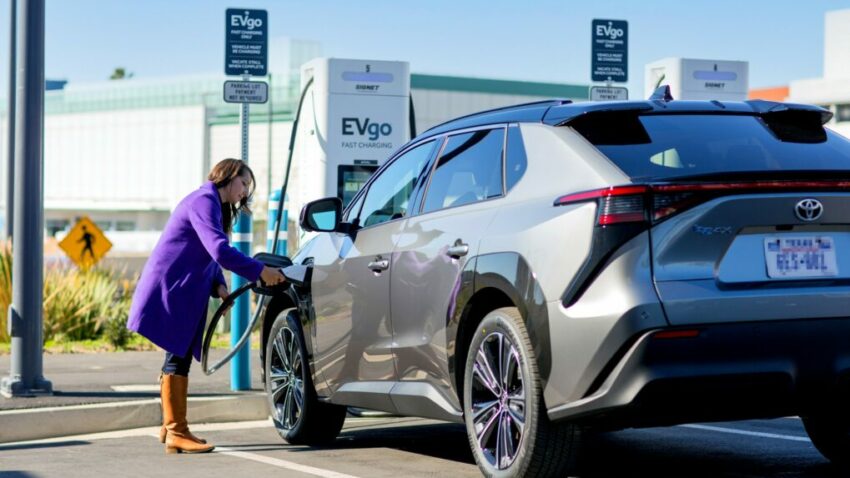 Most electric vehicles today come with an onboard charger with an output of 7.7 to 11.5 kW. Toyota’s first electric crossover falls short of competitors. Additionally, the bZ4X also loses DC fast charging capability in freezing temperatures. According to Toyota, “DC charging may not work when the temperature is below 32 degrees Fahrenheit.” As a result, owners will need 10 hours to charge the bZ4X EV.

Next, Consumer Reports doesn’t like is the missing features in the bZ4X. For example, the $42,000 version does not have power adjustment for the front seats. Additionally, there is no conventional glove box, and it only has a manual rear hatch. For such a high starting price, these features CR believes should be standard across the board. Secondly, the rear windshield doesn’t have a wiper. Like reduced charging capacity, this is another reason for those in cold or rainy climates to avoid the bZ4X. Unfortunately, owners will have to manually remove every last bit when snow and ice, or even the water droplets cover the rear windshield.

CR also dislikes that the Toyota bZ4X still uses black plastic trim on the exterior as well as the interior. Inside, it causes reflections, collects fingerprints and scratches, and looks cheap. However, CR noted that the electric crossover is available in other colors. 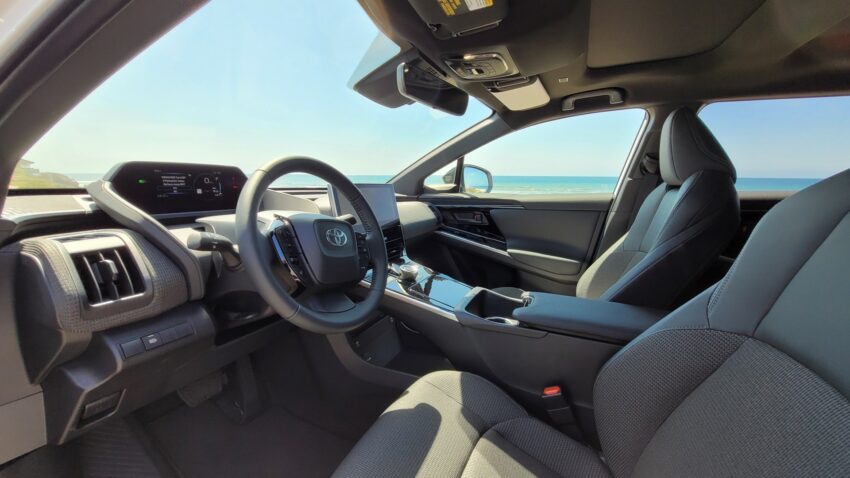 On the XLE trim, customers can purchase white, silver, grey, and red instead of black, which cost $425 each. In addition, the Limited trim level gains the choice of a two-tone exterior. This selection adds a black roof for $925, which assists with hiding the contrasting trim.

What does Consumer Reports like about the 2023 Toyota bZ4X?

With all that being said, Consumer Reports still likes more than it hates about the Toyota EV. Highlights of its review include acceleration, ride quality, handling, interior space, a quiet cabin, and rear door handles. Each item is excellent and gives CR interest in recommending the bZ4X. 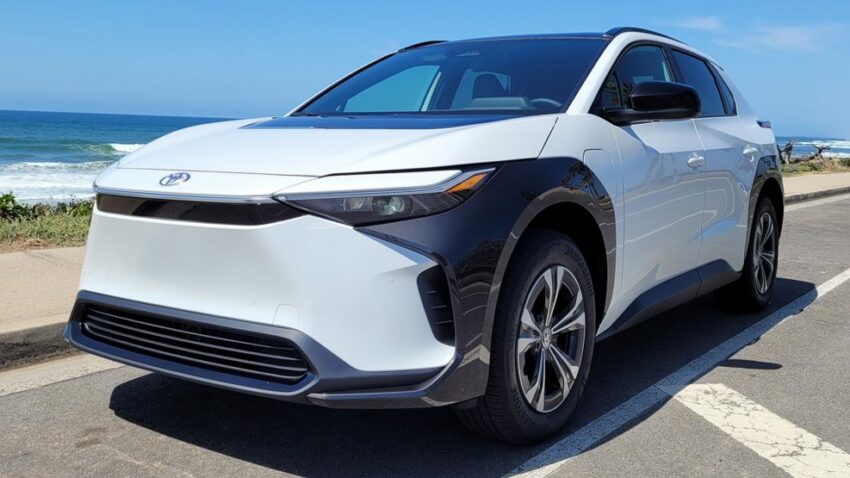 In conclusion, the 2023 Toyota bZ4X is an excellent new electric crossover. As the popular brand’s first EV, it will take a lot of criticism out of the gate. Although CR loves many things about the bZ4X, fixing the onboard charger, adding a few missing features, and getting rid of that odd looking black plastic trim will make it even preferable for consumers.