Subaru and Mazda have claimed the title of best automobile brands in USA according the latest report shared by Consumer Reports (CR). The Consumer Reports is an independent, nonprofit member organization that works side by side with consumers for truth, transparency, and fairness in the marketplace since 1936.

Each year the brand rankings reflect the changes that inevitably come as automakers introduce new cars and fix problems in vehicles already in the market. The Overall Score for individual models is based on 4 key factors: road test, reliability, owner satisfaction, and safety. For the Road-Test Score, vehicles went through more than 50 tests and evaluations. Predicted Reliability ratings are based on problems reported by members in 17 trouble areas in CR’s Annual Auto Surveys.

Owner Satisfaction predictions are based on whether CR members said in the surveys that they’d buy the same vehicle again if given the chance. Safety includes an assessment of any available crash-test results and extra points awarded for vehicles that come with crash-prevention systems. Green Choices reflect how many of a brand’s CR-tested vehicles earned the designation for being among the cleanest, lowest emitting passenger vehicles. 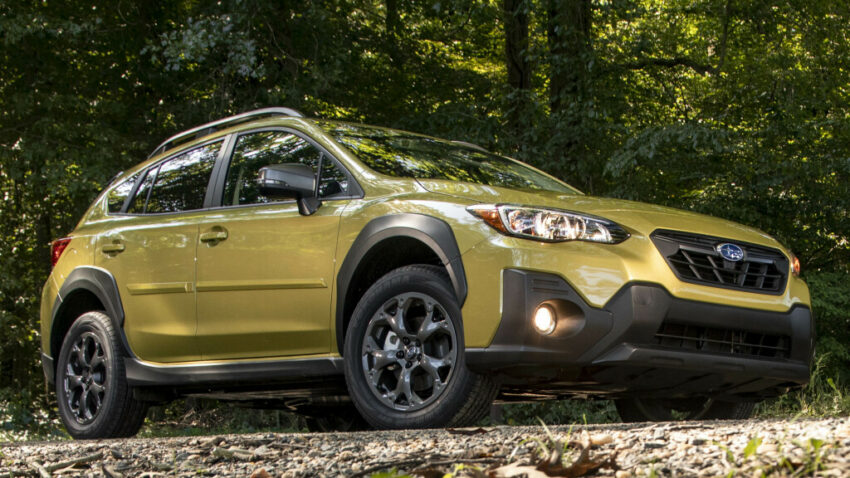 For 2022, Subaru and Mazda lead the charts to claim the title of best brands overall. Among the leaders, Audi saw the biggest leap up, climbing 5 places in the CR rankings. Acura made even greater gains, moving up 11 spots this year. Tesla dropped 7 spots due to the difficult-to-use yoke steering wheel the automaker added to its Model S and Model X vehicles, affecting their road-test scores. 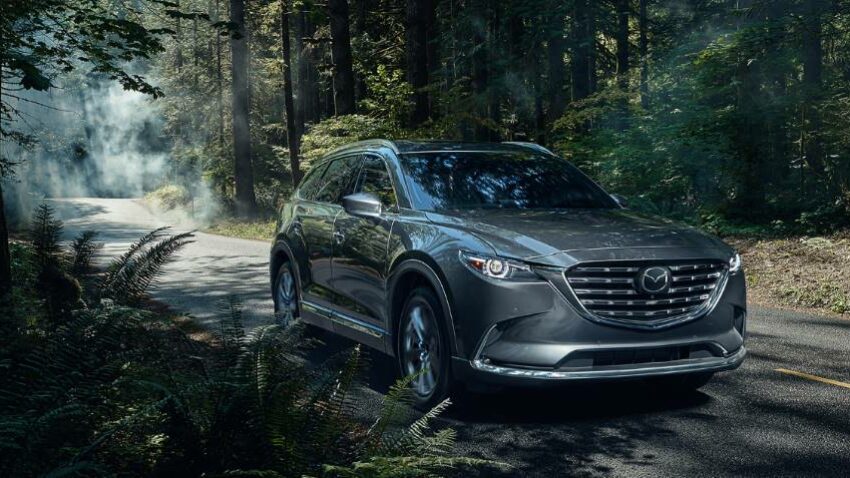 Jeep, which had reliability issues with the Gladiator pickup truck, took the bottom position, which was held last year by Alfa Romeo. The report is compiled each year by averaging the Overall Scores for each brand’s models, factoring in road-test performance, predicted reliability, owner satisfaction, and safety. Brands that rise to the top, tend to have the most consistent performance across their model lineups.

Related: Winners of 2022 Women’s World Car of the Year Announced 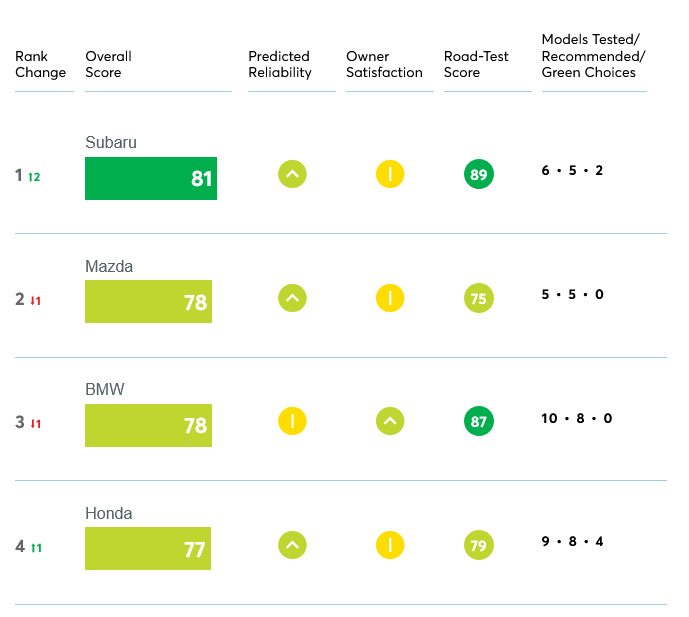 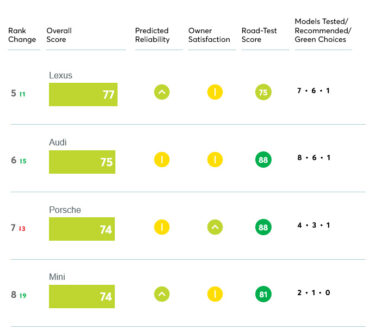 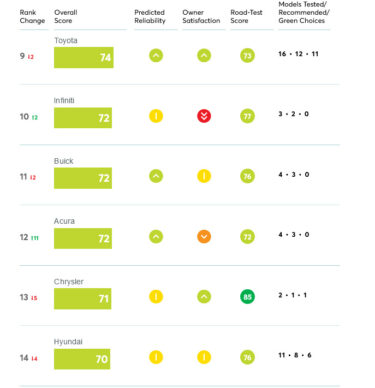 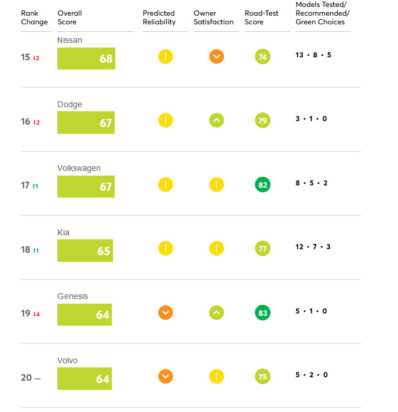 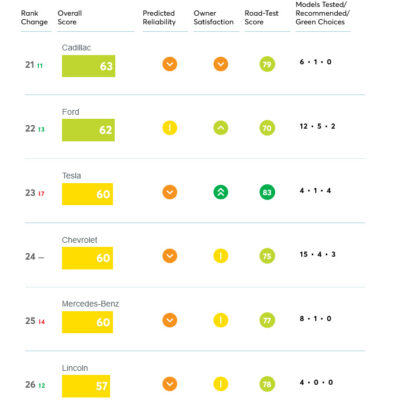 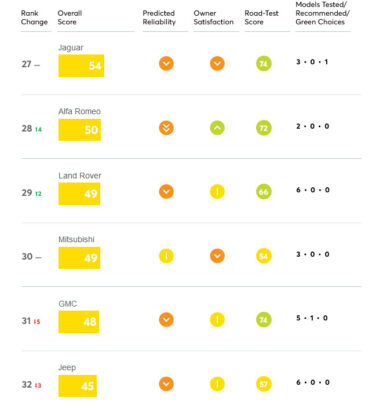