Advertising is considered a key aspect in making a product successful but at the same time has strong impact on the viewers considering the message delivered in a commercial. In developed markets, even a slightly misleading TVC can bring automakers into trouble as seen in previous examples. The latest to come under objection was a Kia Sorento TVC in Canada.

Kia’s latest video advertisement for the 2022 Sorento’s all-wheel-drive capabilities featured a pair of photographers giving chase to a snowy owl (also called great white bird), in order to get some rare photos. The original ad shows the Sorento and its drivers pursuing a computer-generated snowy owl down a highway and into a field in the name of wildlife photography.

The 2022 Kia Sorento TVC in Canada

However the president of the Nova Scotia Bird Society, Diane LeBlanc pointed out that this type of behavior is poor birding form and could even result in the harm of the majestic animals. She said:

“What concerns us is that people would give chase to a snowy owl. We don’t want owls or other birds to have to expend energy to get away from humans, because that energy is better used when they need to hunt and rest. We need to take into consideration the bird’s needs, as well as what might be a cool ad. We know that it’s a prize to have a picture of a snowy owl. But we also know that getting close to snowy owls, even if they’re resting, can put them in danger of not being able to hunt and also stresses them. Any kind of human contact is alarming for an owl.”

The 30-second video that features the photographers capturing pictures of the snowy owl while driving, though they don’t appear to be giving chase. Then, as LeBlanc puts it, “they find two on a branch in another location, which is just incidental contact with the owl.” LeBlanc said a number of the society’s members reached out to Kia Canada directly after seeing the spot and were pleased with the positive and prompt response. She said:

“Kia really responded well, they got back to us within a few days, and they adjusted the ad immediately. They removed the parts of the ad that we felt were objectionable.”

Kia Canada also chimed in on the edits, offering its thanks to the birders for notifying them of the error of their ways, and telling “It was never our intent to infer or encourage the pursuit of wildlife.” 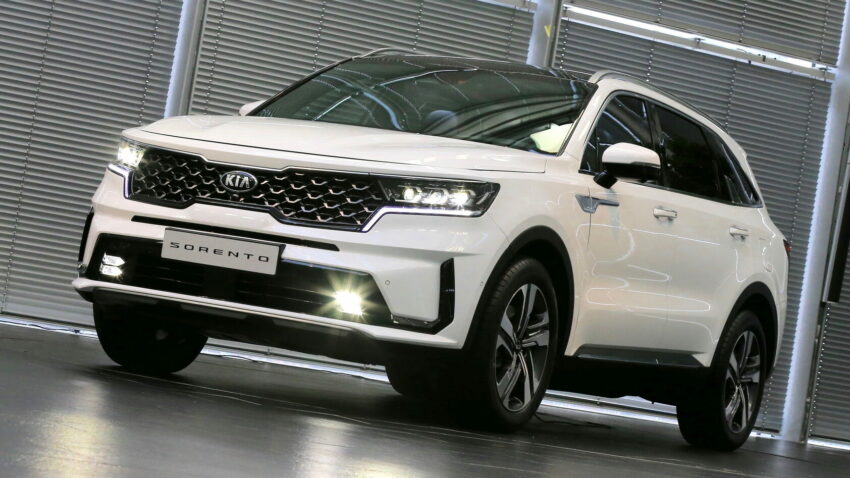 No Responsibility in Pakistan

Automakers operating here in our country have the liberty to show whatever they want, regardless of what message it delivers to the audience. One such irresponsible message was conveyed by none other than Indus Motor Company (IMC), the makers of Toyota Corolla in Pakistan. The advert shows a father and a son driving a Corolla Altis Grande 1.8 got engaged in racing on public road. In a country where every now and then we come across accidents involving brand new cars driven as if they are performance machines, and people either lose their lives or are severely injured, such an irresponsible ad portrays our lack of attention towards public safety.

Recently, IMC also made another similar video portraying Toyota Yaris AtivX engaged in racing with a 1996 Honda Civic, but it was removed from social media due to immense criticism and trolling. Interestingly that Altis Grande racing advert still exist to be seen, watch below.

Another example was with the Honda BR-V, the 7-seat MPV marketed by Honda Pakistan as an SUV, and is shown splashing mud and water running on sea shores in their TV advert whereas in reality the vehicle was incapable of handling regular rain water on the roads of Lahore. To read more about a customer’s ordeal with the Honda BR-V, click here.

It will probably take a lot of time for the automobile market in Pakistan to reach the levels of that of developed markets. Both in terms of vehicles’ quality and features on offer as well as the way they are advertised. What happens to the irresponsible advertising elsewhere, read here.