Sometimes CBU imports can be a blessing. You get a latest feature-rich car that’s in line to whats offered in the rest of the world. The built quality is exceptional, the list of features & equipment is impressive and the most important thing is the fact that you don’t feel embarrassed to own something which got discarded in other parts of the world years ago.

The embarrassment of this sort was recently experienced with the launch of 6th generation Honda City in Pakistan, which was introduced here almost 2 years after getting discontinued from the rest of the world. Unfortunately we are often told that since out market size (volume) is too small, its not viable for automakers to launch latest models as local assembled products here. 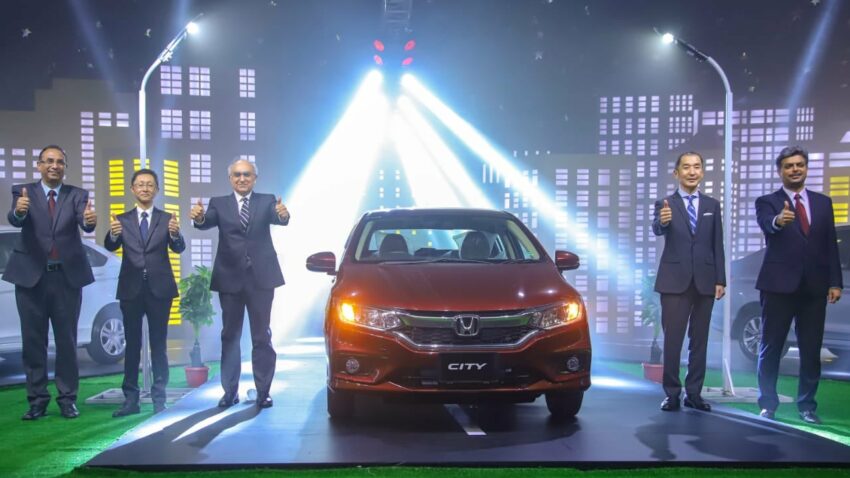 As a reminder, when Honda Atlas stepped in Pakistan with their first locally assembled model– the 5th gen Civic in 1994 which was parallel to the global model at that time, but was replaced within just 22 months of launch with the then latest 6th gen Civic model in 1996, and the yearly production numbers at that time were less than 5,000 units only.

Back then Honda in Pakistan was well ahead of the rivals in terms of quality & features and was known for strictly updating its models every 3 years with either a thorough facelift or a new generation model. The first City SX8 was introduced in January 1997 and received a thorough facelift exactly after 3 years in January 2000. In FY2001-02 Honda sold 3,382 units of City, almost 3 times more than that of Suzuki Baleno (1,188 units) but way less than what the company sells today. Then again after three years Honda launched the 4th gen City (iDSI) in August 2003, which received its facelift again after 3 years in 2006. And three years later maintaining the concurrence, the 5th gen City was introduced in January 2009 before which Honda sold 8,439 units in FY2007-08.

All this happened with production numbers much lower than that of today, but as the market grew, the company policies in absence of govt regulations have changed drastically. And today more than half of the cars that have been introduced in Pakistan after the Auto Policy 2016-21 are globally retired models, including the 6th gen City of course. Although production has been increased considerably during all these years, Honda has badly lost its market share because of which its shy to disclose individual numbers of City and instead present them as a combined figure with Civic since 2014.

Today Pakistan is probably the only market where this generation of Honda City is proudly being assembled, that too after almost 2 years of presence of 7th gen in international markets. The latest model which is available in a number of countries is doing exceptionally well in terms of sales, keeping Honda’s flag and prestige higher than the rivals, for example Bangladesh where the 7th gen Honda City comes as a CBU and is available in two trims– SV and RS. 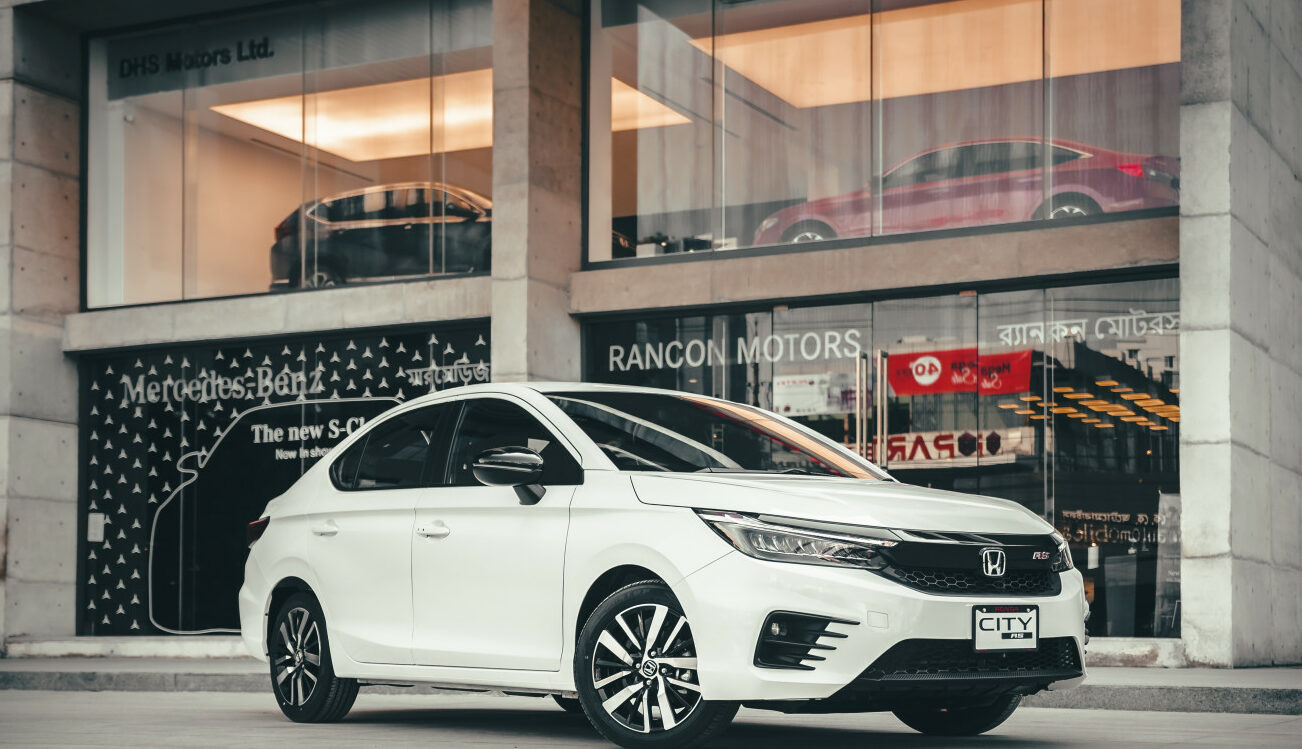 RS variant is the sportier of the two, featuring an aggressive front bumper, rear diffuser, and a spoiler finished in a carbon fiber-like texture. Interestingly, the RS trim has been more popular than the regular variants, thanks to LED headlamps with integrated DRLs featuring an intriguing feather-like “Inline Shell” reflector pattern. The RS variant is further distinguished with presence of piano black grille, black side mirrors and rear spoiler and RS badge inside & out. It rides on 16-inch wheels that helps achieve a 160mm road clearance.

Inside the City RS uses a nice mixture of suede, fabric, and synthetic leather, all finished in vibrant red stitching. Soft padding has been added on all the routinely touched places while the driver gets the added nicety of a real leather-wrapped multi-function steering wheel. A 7-inch infotainment screen comes as standard which supports both Android Auto and Apple CarPlay, connected to an 8 speaker sound system. 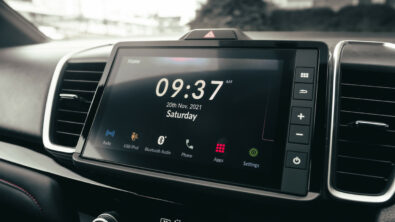 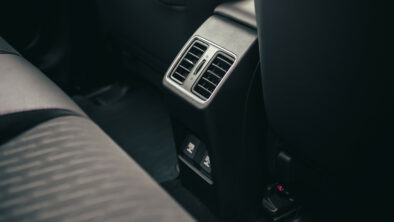 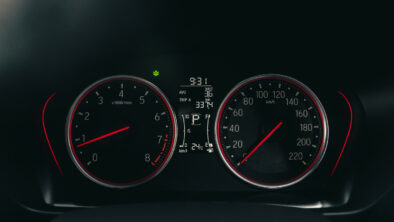 The rear passengers get their own AC vents, as well as two dedicated 12-volt outlets. There is an ample 519 liters of boot space available with the new City, bear in mind the car is larger than the 7th gen Civic sedan as far as the dimensions are concerned. The City in Bangladesh is powered by 1.5L naturally-aspirated engine that develops 121hp and 145Nm & comes paired to a CVT gearbox. Fuel economy is rated at 18.4km per liter. Safety features include 6 airbags, ABS with EBD, Vehicle Stability Assist and reversing camera. 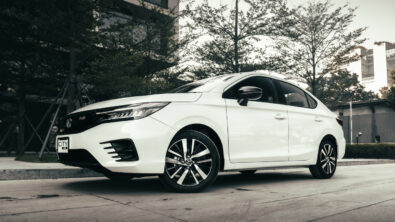 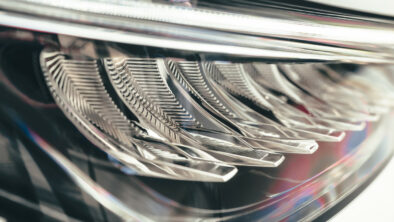 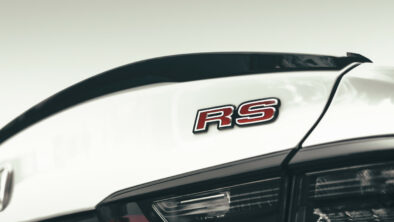 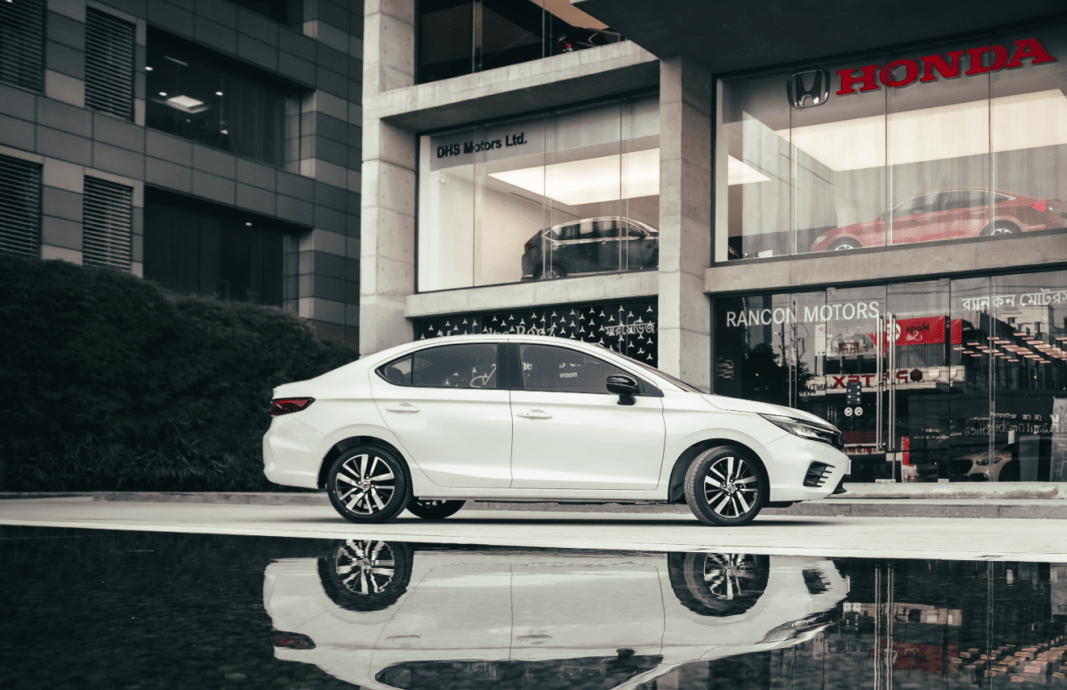 Honda is currently testing the C-segment 11th generation Civic in Pakistan, but its strategy to introduce a globally retired product to battle in a competitive B-segment market is beyond understanding. The City which was once used to be a prime choice in the segment has lost it to Toyota Yaris and is feeling the heat in presence of quality newcomers such as the Changan Alsvin, the popularity of which is on the rise.

Whether Honda will introduce the 7th gen City in Pakistan after launching the 11th gen Civic sedan which is expected to arrive towards the third quarter of 2022, we will have to wait to find out.

wpDiscuz
Tags:BangladeshCityHonda
previousRenault To Become EV-Only Brand in Europe by 2030
nextShould There Be More D-Segment Sedans?