Was 8th Gen Civic a Bigger Head-Turner Than 10th Gen?

The ninth generation Honda Civic was never a true success in international markets. In fact, the 9th gen was ranked among the Top 10 Worst Flops of year 2011 due to cheap interior materials, along with worsened driving dynamics and insubstantial exterior styling changes from the previous generation.

Consumer Reports, the popular American car magazine removed the 2012 Civic from its ‘Recommended’ list of compact cars. CEO of Honda Takanobu Ito explained that the 9th gen Civic was developed during the height of the global financial crisis, which led the company to believe that consumers would be willing to forego upscale content and quality in new vehicles so long as they were fuel efficient and affordable.

“The creation of this tenth-generation Civic represents one of the most comprehensive and ambitious new model developments ever undertaken by Honda, as well as an unprecedented commitment of R&D resources around the world, from North America and Japan, to Europe, South America and Asia. This car, the sportiest Civic ever, sets new benchmarks for the compact class in terms of dynamic performance, fuel efficiency, spaciousness, safety and interior quality.”

Like other parts of the world, the 10th gen Civic, which is said to be the most anticipated cars of our market, became an instant hit. Even before its launch, Honda Atlas got more than 5,000 bookings without even needing to display the car. Atlas sold 34,896 units of Civic & City combined between July 2016 and May 2017, which is 46% more compared to just 23,800 units sold between the same period a year ago, thanks to the tenth generation Honda Civic.

Although the initial batch of 10th gen Civic had notable quality issues, the craze of the car in our market was never dented. The 10th gen is loved for its interior design, ride quality and above all, its striking looks. The car proved to be one of the greatest head turners of our market.

However, there was a time when online car communities in Pakistan were in their infancy, and people didn’t followed automobiles as much as they do today. Back then there was a car which turned many a heads when launched and was unique in numerous ways, it was none other than the 8th gen Honda Civic, which was introduced in our market back in July 2006.

It is believed that the 8th gen Civic in its time was a bigger head-turner than the 10th gen Civic of today. It was the first Civic in Pakistan with a 1.8 liter engine having a staggering output of 140hp. It was also unique in so many ways such as to have a twin-tip exhaust, opposite moving windshield wipers, the first local assembled vehicle in our market to offer side mirrors with integrated turn signals, a two-tier instrument panel and digital meter etc. 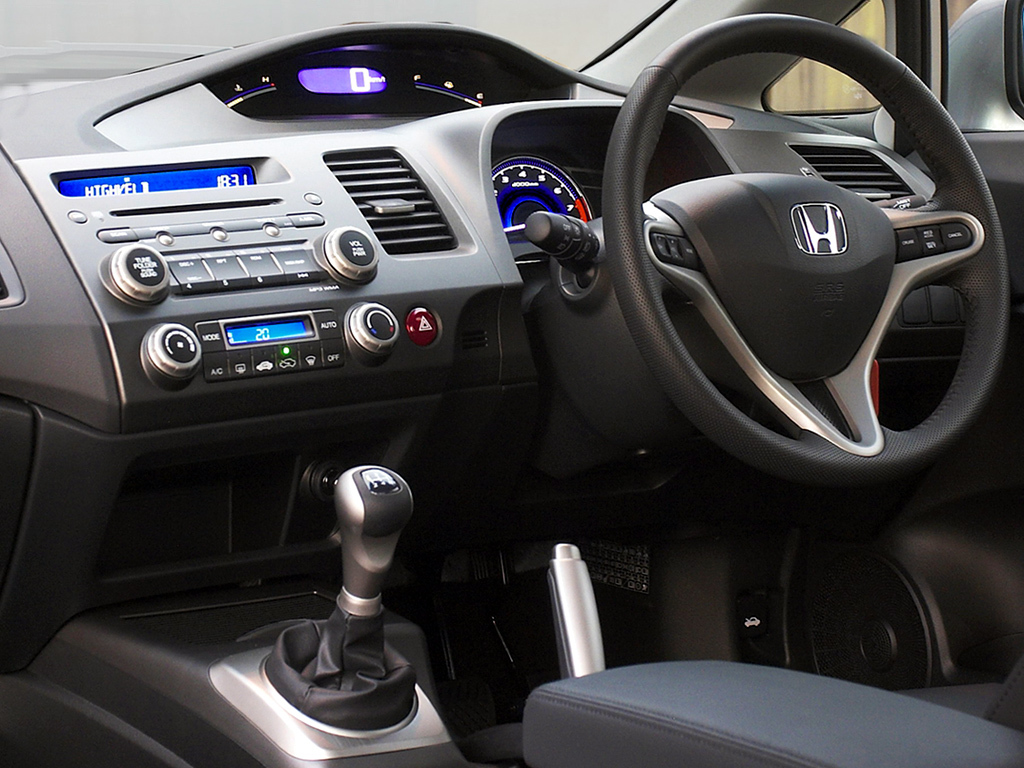 During the development phases, Honda researchers conducted a study that tracked the eye movements of drivers and prioritized the Civic’s gauges and their placement for quick recognition time. Based on this research, the two-tier instrument panel was created that took advantage of the generous dashboard space from the steeply raked windshield. A digital speedometer, fuel gauge and temperature gauge were housed in the upper level to be more in-line with the driver’s line-of-sight resulting in shorter eye movements between the most commonly referenced gauges and the road.

Honda Atlas used the word ‘Reborn’ in their marketing campaigns but even that word got popular and remain permanently associated with this generation of Civic in Pakistan. Thus the 8th gen is commonly known as Civic Reborn in our country.

It is said that its relatively easy to produce good after anything bad, but unlike the 10th gen Civic, which replaced a rather unsuccessful 9th gen, the eighth generation Civic replaced a much popular 7th gen Civic facelift (eagle-eye), and considering that the car was developed way back in 2005, it was definitely a jaw dropper of its time and still doesn’t look out-dated even after all these years.

A lot of people believe the 8th gen Civic used to turn more heads than the 10th gen Civic, and there are a good number of those who think the 10th gen is by far the greatest head-turner of all times. So which school of thought you belong to? Cast your vote below and let us know with your comments..