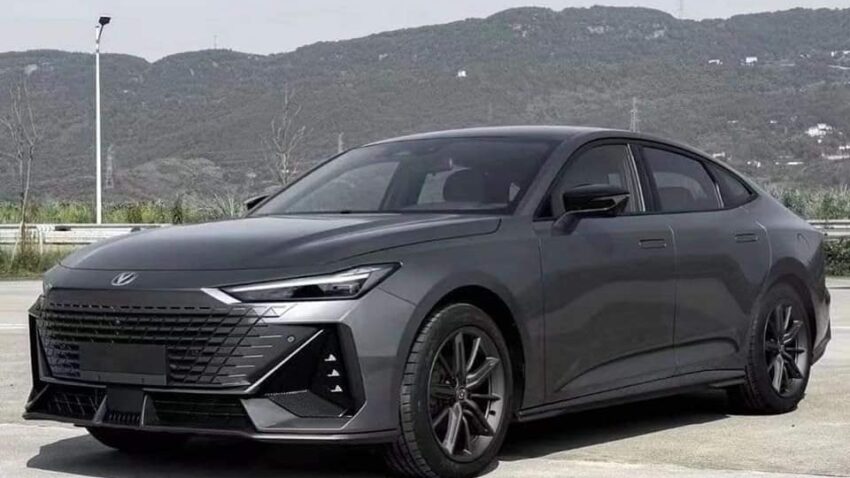 It will be the third car in Changan’s UNI lineup after UNI-T crossover and UNI-K mid-sized SUV. And just like the other two, the UNI-V sedan boasts an imposing stance and a fascinating design theme. The fascia bears strong geometric design elements carved on the grille accompanied by sharp & slim headlights and angular DRLs give the vehicle a very aggressive appearance. 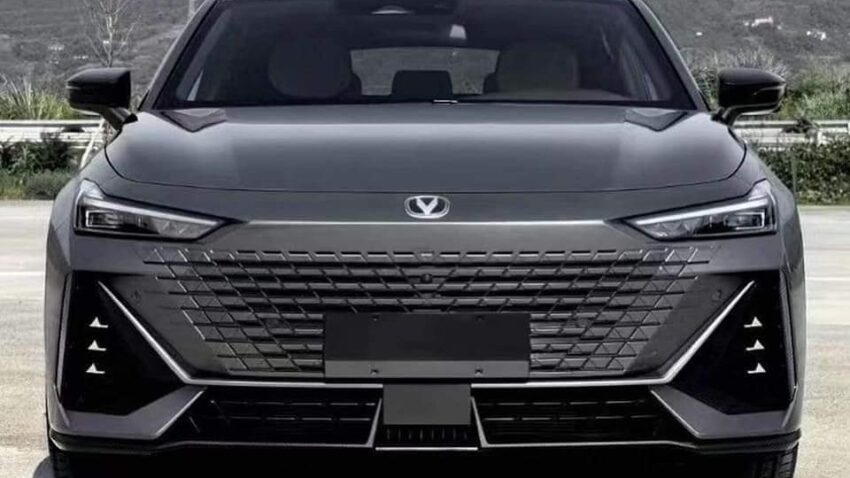 The side profile features well-defined creases, a visually long hood, and a sloping roof-line rendering the fastback styling. Retractable door handles are present as with most contemporary Chinese vehicles of this category. And with 18-inch wheels, the UNI-V looks visually quite pleasant when looked from the side. 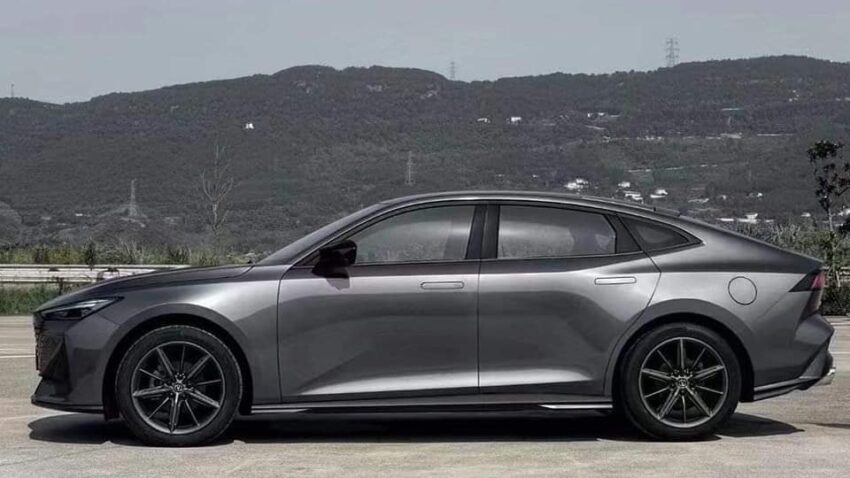 Changan’s love with full-width connected tail lamps is evident on the back of UNI-V as well. Plus there is a well-sculpted rear bumper, dual chunkier chromed exhaust tips & low mounted centralized third brake light complement the rear end of the vehicle. Apparently as per reports, a version of UNI-V also has an electrically retractable rear spoiler, which will remain hidden when not activated. Interior images are yet to be revealed by the company. 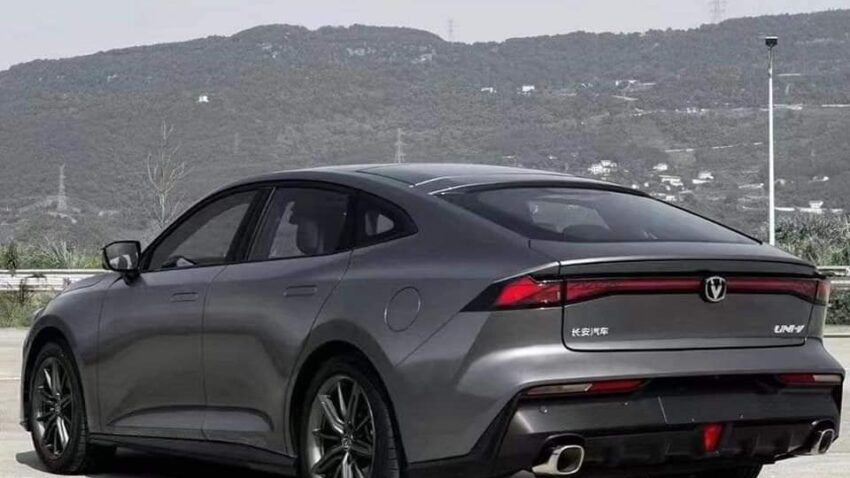 Exterior dimensions are quoted to be 4,680mm in length, 1,838mm in width and 1,430mm in height with a wheelbase of 2,750mm. This makes UNI-V even longer, wider and taller than the newly launched 11th generation Honda Civic sedan. According to information, Changan will deploy its 185hp 1.5L Turbo engine on the UNI-V.

Changan’s UNI range of vehicles is doing exceptionally well in terms of sales. With striking looks and rich features & equipment, the UNI-T and UNI-K have accumulated a total sales of 63,756 units within the first half of 2021, which is very impressive. With the introduction of new UNI sedan in the lineup, Changan aims to strengthen its position in the segment since larger sedans are still loved in China and holds a huge demand in the land of dragons, as opposed to most markets in the world where sales of larger sedan are diminishing. 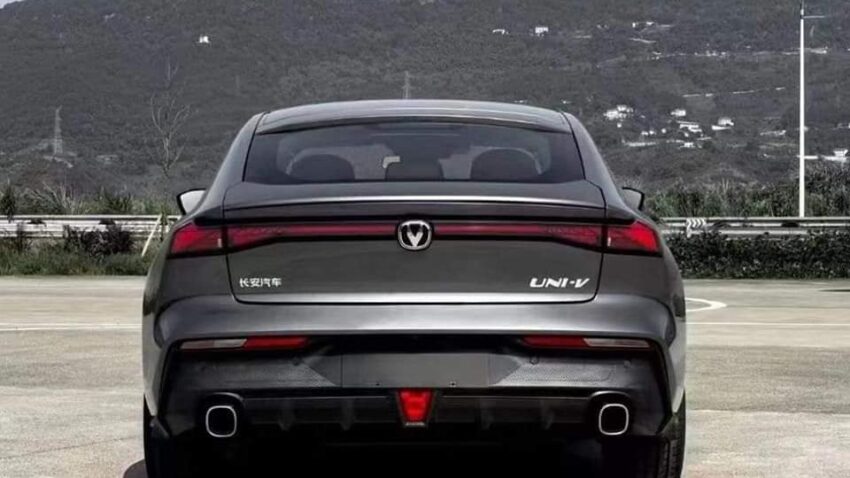 Master-Changan in Pakistan is already testing the UNI-T crossover and has recently imported a UNI-K mid-sized SUV for trials & tests, lets see when these cars actually make their way in our market. With brighter hopes, let’s wish for the new UNI-V sedan to arrive here as well. Stay tuned to CarSpiritPK for more information. 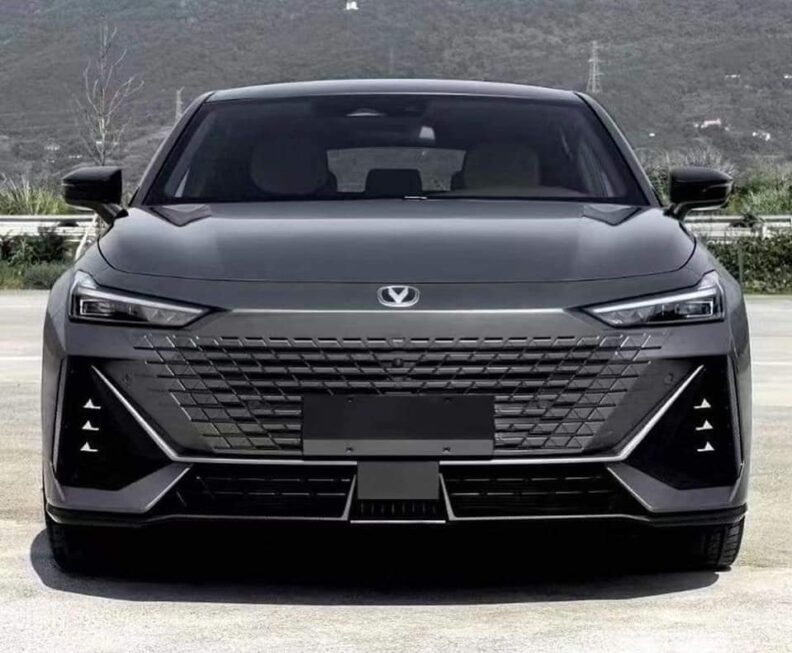 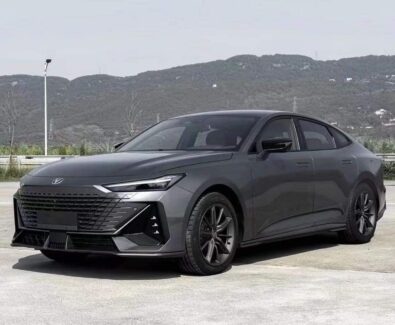 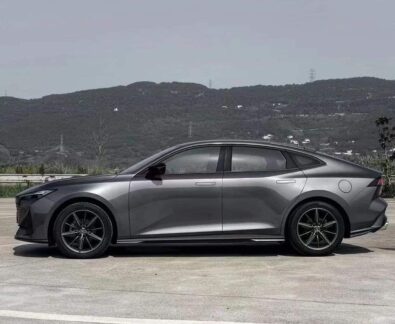 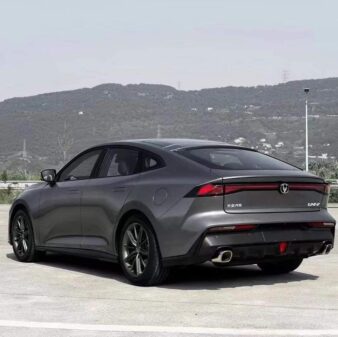 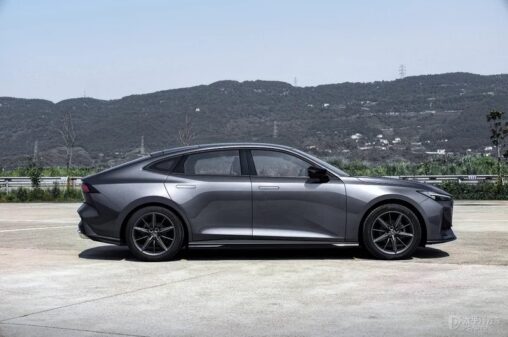 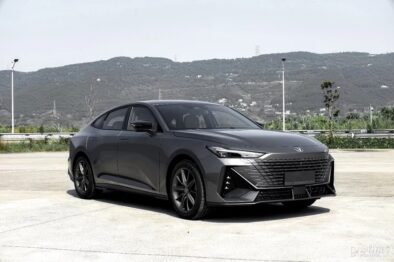