The all new Hyundai Tucson which made its world premiere on the 15th of September is all set to go on sale starting from its home market. The SUV has started reaching the Hyundai dealerships in South Korea and is expected to go on sale beginning from next month as a 2021 model whereas it will begin reaching other markets from Q1, 2021.

The 4th gen Hyundai Tucson is a big leap forward for the compact crossover with styling, technology and performance enhancements that seem likely to set a higher bar for the segment, and continue a stimulating restyling of the South Korean brand both inside and out. 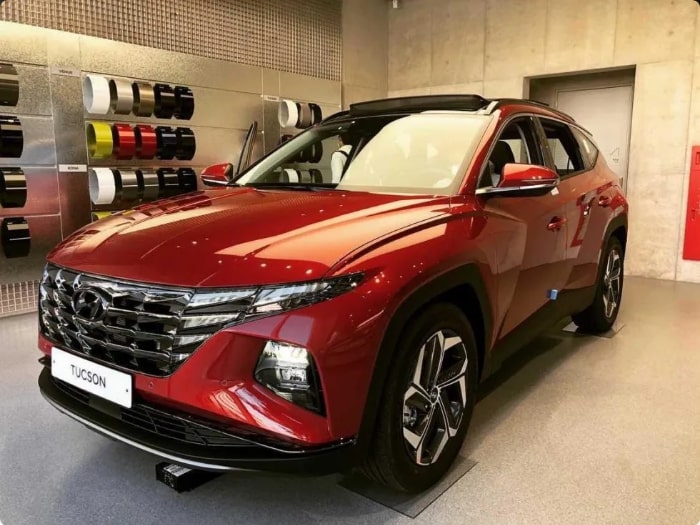 The Tucson carries Hyundai’s latest design language called ‘Sensuous Sportiness’ which will become part of all future Hyundai models. It gets a multi-slatted grille up front, with “Parametric Hidden Lights” embedded with daytime running lights (DRLs) which are integrated into the jewel-like grille & are only revealed when turned on, & remain hidden otherwise. 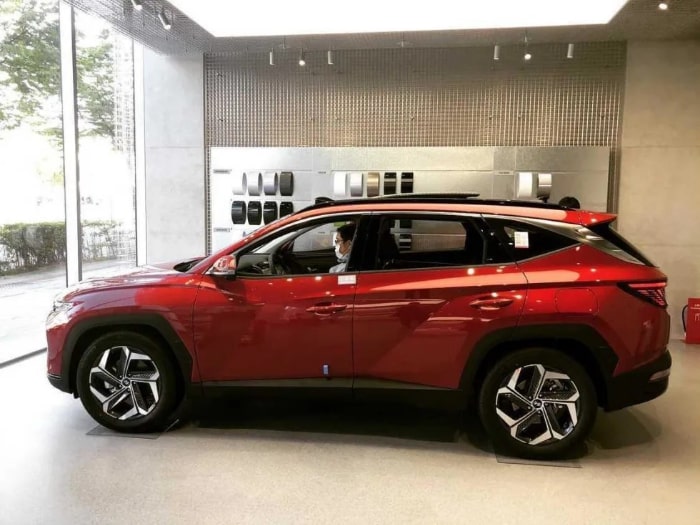 The side profile shows sharp polygonal lines, well-defined creases, and acute angles much like those found on the new Elantra. The rear end gets futuristic-looking LED taillight clusters enhanced with a single LED strip running across its width, as well as a honeycomb pattern section found just slightly above the skid plate. The integrated roof spoiler hides the rear window wiper underneath it. 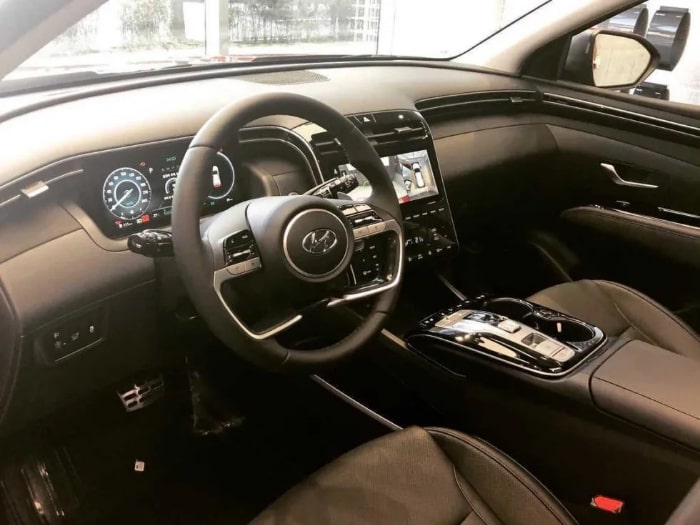 Inside, there is a futuristic dashboard and center console having all screens and touch panels replacing the conventional buttons & dials. Hyundai defines it as an “Interspace” cabin led by a layered dashboard styled in wrap-around fashion. The dual-screen center panel comes fitted with an 8-inch driver information display and 10.25-inch touchscreen multimedia system. The gear lever has also been replaced in favor of a push-button gear selector. 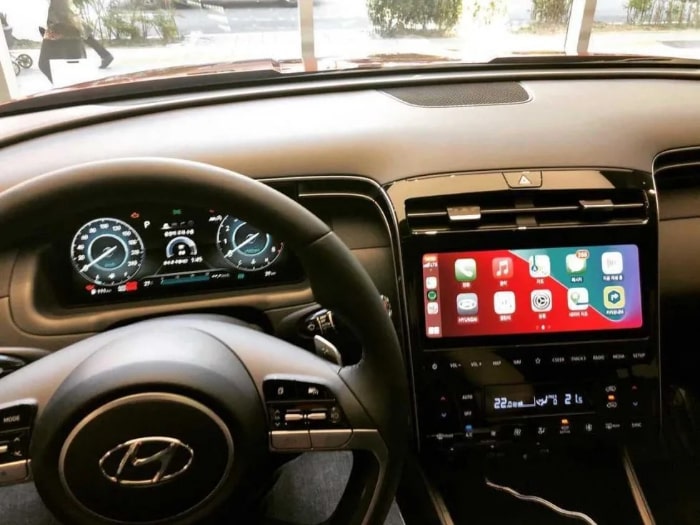 Other highlights include heated and ventilated front seats, wireless phone charger, voice recognition, 64 user-selectable colors of ambient lighting and an array of other features. Plus rear passengers can also slide or recline the seats to their preferred position, and can select their own temperature for the rear climate control zone with rear heated seats to maximize comfort. Material quality is also said to have been improved, and the interior is available in multiple colors, including two-tone options.

The 4th gen Hyundai Tucson is larger in dimensions than the out-gone 3rd gen model that’s just been introduced in Pakistan. It’s longer, wider & stands taller than its predecessor. Plus for the first time there will be two wheelbase versions offered with Tucson– Short Wheelbase (SWB) and Long Wheelbase (LWB) depending on the market where it’s intended to be sold. 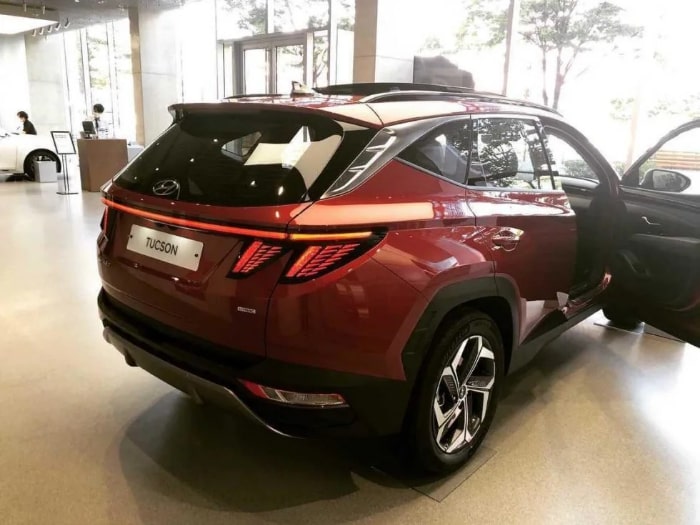 While the 2021 Hyundai Tucson still uses the same all-wheel-drive & front-wheel-drive layouts, it gets a set of new engines. The most interesting one of course is the 1.6-liter gasoline turbo hybrid version which is paired to an 8-speed automatic transmission, and has the capability to churn out 227 hp of power and 350 Nm of torque. There is also another hybrid version that’s paired to a 1.6-liter diesel engine. This is also the first time that the Tucson gets a hybrid powertrain under its hood. 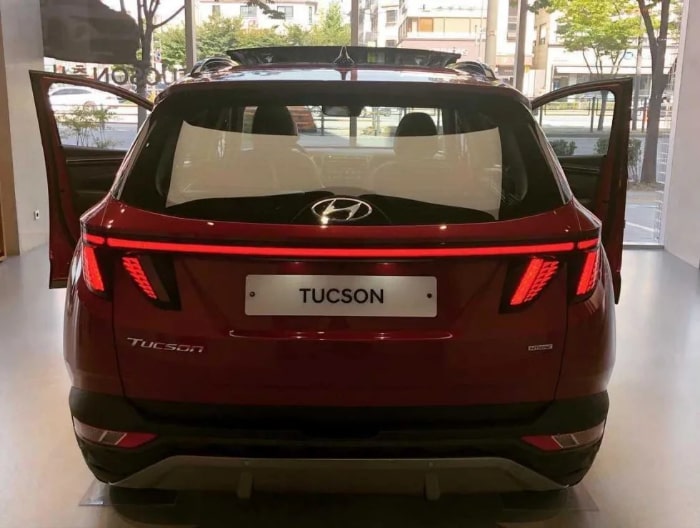 Considered as the most successful product in Hyundai’s lineup, the Tucson has come a long way since the first-generation was introduced in 2004. Every generation that passed looked significantly different from the ones that preceded it, but with ‘Sensuous Sportiness’ Hyundai have set a higher bar which gives it a distinctive position among the competitors. According to SangYup Lee, Senior VP and Hyundai’s Design Chief: