Are Cars in Pakistan Parallel to the Rest of the World?

While obviously we can’t expect to have the same set of equipment & international quality standards in local assembled cars at this point of time due to the local auto industry still in its infancy, we can have a look at whether they are the same (at least) in terms of model age when compared to the rest of the world.

Currently, there are only a few cars in our market which are parallel to the world in terms of model generation, while most cars were either discontinued, replaced by a newer generation model or updated with a facelift in other markets with locally available versions yet to catch up to their international counterparts.

We have often written about cars that were introduced in Pakistan after getting discontinued from the rest of the world, or the extraordinarily prolonged production span which often exceeds a decade, let us now have a look at cars sold in Pakistan which are either discontinued, updated with a facelift or replaced by a newer generation model elsewhere. 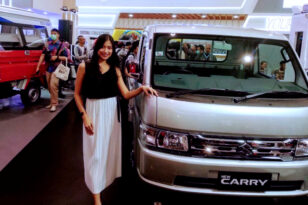 Starting with the largest assembler of Pakistan– most of the cars under the lineup can safely be called as obsolete. Suzuki Ravi & Bolan are 4-decades old models now and are 5 generations behind the global Carry model. 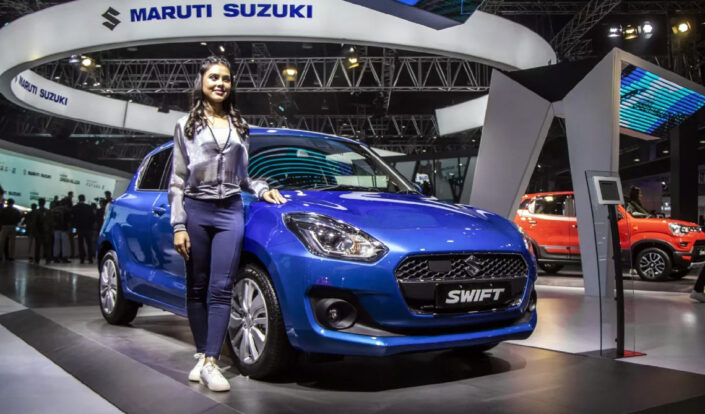 Suzuki’s Swift is also a globally discontinued model which was introduced here in 2010– the same year when it got replaced by the 3rd gen model elsewhere. However, the Swift is currently in its 4th generation which has already received a facelift after completing 3 years of its life. So, the one we have here is technically a 17-years old car and 2 generations behind its global model. 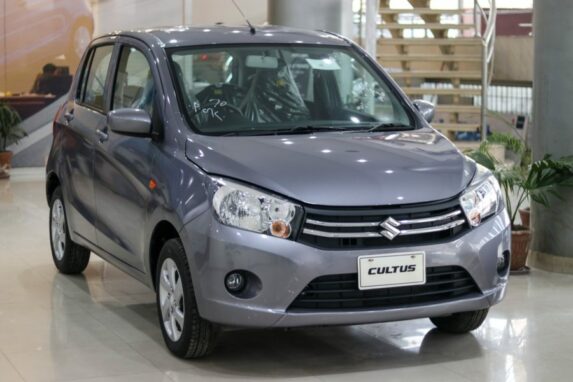 Suzuki Cultus (Celerio) & Wagon-R sits on the dividing line of being called updated or obsolete. The Celerio was originally introduced in India in 2014 and received a facelift in 2018 however that facelift is still restricted to India while the rest of the markets still get the same (pre-facelift) Celerio as available here but they are way better equipped of course. As per reports the next generation Celerio will be making its debut in India during the first half of 2021. 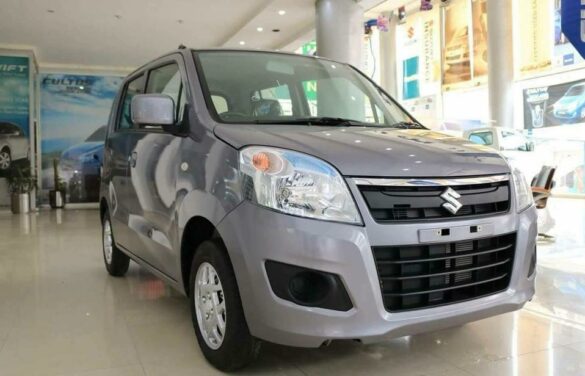 Suzuki WagonR in Pakistan vs latest generation WagonR in India

Same is the case with Wagon R, which was originally introduced in India but was sourced in our market from Indonesia where it’s called Karimun Wagon R. While the Wagon R entered its new generation in India couple of years ago, the Indonesian version is yet to be updated and so is ours. 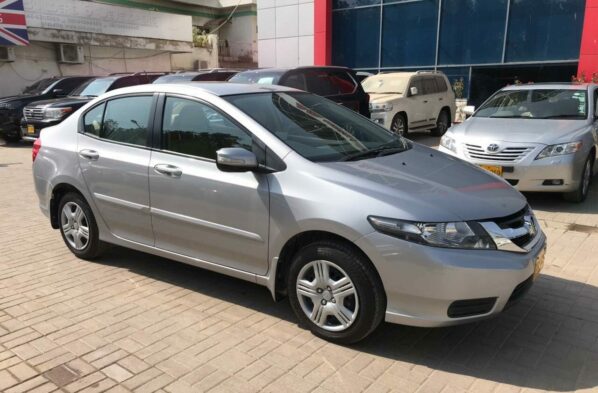 Honda introduced the 5th gen City in Pakistan in January 2009 and since then the car continues to be sold despite now being a 13-years old car as per international standards and 2 generations behind its global model. In this day & age, the City alongside Swift are one of the few local assembled cars that come without a single airbag in the entire lineup. 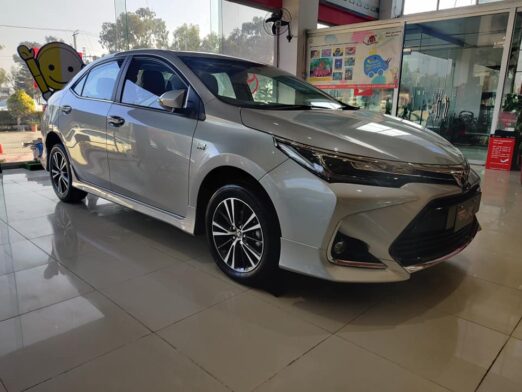 The 12th generation Toyota Corolla made its world debut in hatchback form back in April 2018 while its sedan derivative debuted in November 2018. Now that the 12th gen Corolla sedan is already more than 2 years old, Indus Motor Company (IMC) is stilling continuing with the 11th gen model that debuted in international markets in 2013 and made its way in Pakistan in mid-2014. 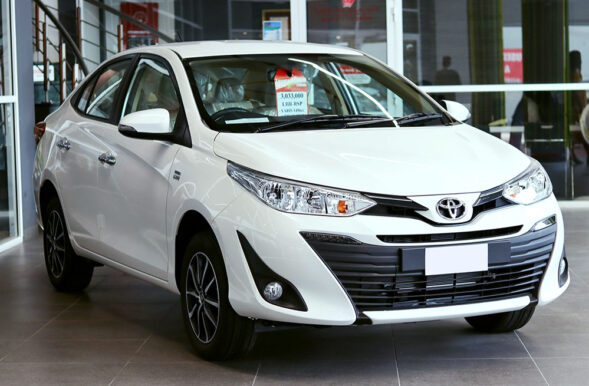 On the other hand, the Yaris sedan is the 3rd gen pre-facelift model with facelift already launched in other markets. Bear in mind Toyota introduced the 4th gen TNGA-based Yaris in hatchback & crossover forms but its sedan version is yet to make its official appearance. The 3rd gen Yaris which is also marketed as Vios in certain markets has received a facelift last year, however since we got the pre-facelift model around the same time, it’s hard to expect a newer iteration anytime soon. 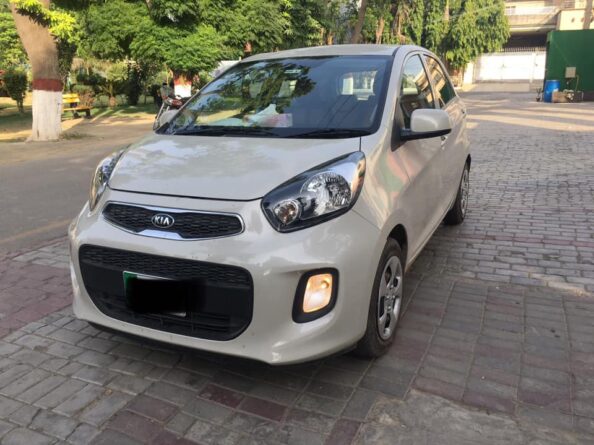 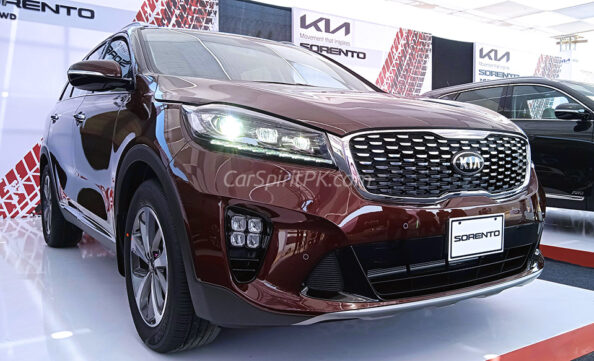 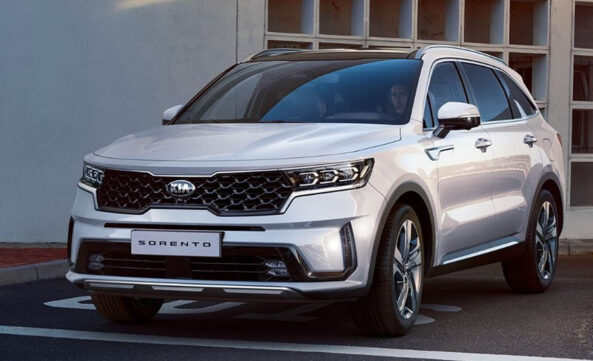 The 4th generation of Sorento was unveiled late last year and has reached few key markets already however the 3rd gen Sorento which was introduced in Pakistan last month is still available in many markets and is gradually being phased out. Hyundai’s local assembled lineup of passenger cars includes Tucson and newly introduced Elantra sedan, both of which are a generation behind compared to the respective international models. The 4th gen Tucson was unveiled just a week after the 3rd gen made its debut here, which has been around since 2015. The 6th gen Elantra which has been introduced earlier this week comes exactly a year after the latest 7th generation model made its world debut. FAW’s lineup in Pakistan is also a representation of the old & obsolete with X-PV & Carrier pickup already entered the newer generation in Chinese domestic market. The V2 however was discontinued in China back in 2016, a year before the local assembled units were rolled out in Pakistan. Today, South Africa is the only market alongside Pakistan where the V2 hatchback is sold. United Alpha & Bravo- redefining ‘old’ in the name of ‘new’

United stepped into the 4-wheel business with the introduction of Bravo which is based on 3-decades old second-generation Suzuki Alto better known to us as Mehran. In addition, the company also introduced the 1,000cc Alpha hatchback which is a rebadged second-generation Chery QQ facelift which became obsolete in year 2015. Regal Automobiles which also entered into the 4-wheel business expanding from their 2-wheel operations introduced the Price Pearl hatchback, which just like United Bravo is another Chinese car based on the 3-decades old Suzuki Mehran having same 800cc replica engine and 4-speed transmission deprived of any safety equipment. Both Bravo and Pearl are sold nowhere else in the world but Pakistan & are built by low-scale Chinese automakers having presence in third tier cities in China only.

HRL Motors brought the Zotye Z100 hatchback in Pakistan back in 2017– the same year when the vehicle got discontinued in China. Unfortunately, the car never went beyond a bungled marketing attempt on Facebook. Then a couple of years later, the same units became available under the umbrella of Topsun Motors. Z100 is entitled as one of the many cars in Pakistan that were ‘introduced’ once done from the rest of the world. It is pertinent to mention here that Toyota Corolla and Honda City which are being rightly criticized for being overly dragged in our market, were launched perfectly fine. The 5th gen City was introduced after just 4 months of making its world debut, whereas the 11th gen Corolla arrived in Pakistan just a year after its international debut.

Related: These are the Oldest Cars on Sale in Pakistan

Honda was once the pioneer in introducing latest cars in Pakistan

Interestingly when the annual production rate (of cars assembled in Pakistan) was almost 5 times less than today, we used to welcome cars almost as soon as they arrived in international markets, particularly in case of Honda. The 6th gen Civic & its facelift, 3rd gen City SX8 & its facelift as well as the 4th & 5th gen City all saw a very prompt arrival in Pakistan and there was no excuse of bringing a retired model in a market which used to produce hardly 40,000 units in a year back in the 1990s.

Related: Are Big 3 Really in Trouble?

While competition is a good thing which we have been deprived for long, the practice of introducing the old & discarded in the name of new should be avoided at any cost if we genuinely want the local auto industry to prosper.