Chinese electric vehicle giant BYD announced to launch a new premium brand in the first quarter of 2023 under the name Yangwang, which translates into “looking up”.

BYD says Yangwang is not only a posture that reflects human beings’ instinct to be curious and thirsty for knowledge, but also embodies the spirits of courage, fearlessness, and exploration. The automaker says it will build Yangwang into a high-end auto brand with disruptive technologies and products.

The new brand will enjoy BYD’s full-fledged industrial chain deployment, cutting-edge technologies, and its latest innovative design ideas, aiming to boost the development of new energy vehicles to a higher level regarding both safety and performance. The first model under Yangwang brand is expected to be an off-road vehicle. Although BYD did not disclose any further details about the premium brand, it said vehicles produced under the new Yangwang brand will be priced at between 800,000 and 1.5 million yuan ($110,287-$206,763). 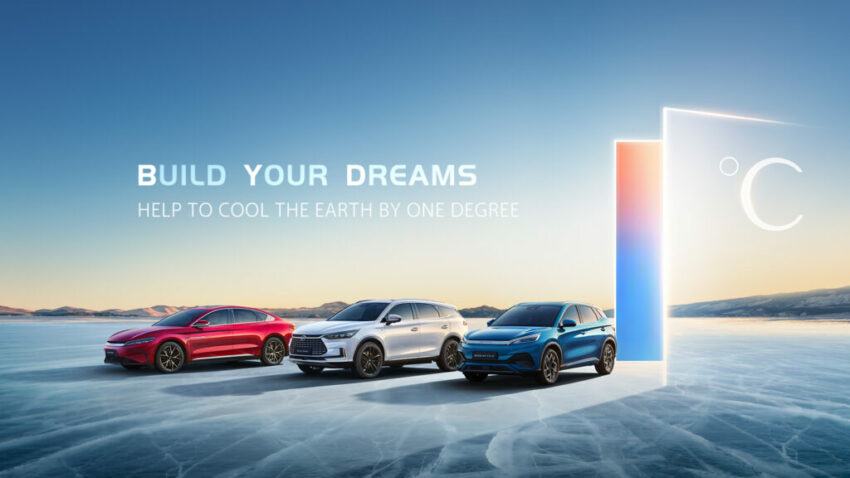 Having ditched gasoline vehicles from its product mix this year, BYD has been able to capitalize on a range of incentives for electric cars offered by the Chinese central government and local governments. BYD which produces both pure electric and plug-in hybrid cars, has topped electric vehicle sales in the world’s largest auto market, with sales more than tripling in the first 10 months of this year to 1.4 million units.