Kia has issued a clarification regarding speculations on its deal with Lucky Motor Company (LMC) ever since Dewan Farooque Motors Limited (DFML) informed Pakistan Stock Exchange (PSX) that it has signed a Technology License Agreement with the South Korean automaker.

The letter confirms that LMC will continue to be the sole assemblers & distributors of Kia passenger cars in Pakistan whereas DFML’s agreement with Kia is in fact signed with the automaker’s “special vehicle division” & will be restricted to the assembling, distribution & sales of commercial vehicles only. It also states that in future too, DFML won’t be launching Kia passenger vehicles in Pakistan as long as LMC and Kia maintains CKD business in the country. 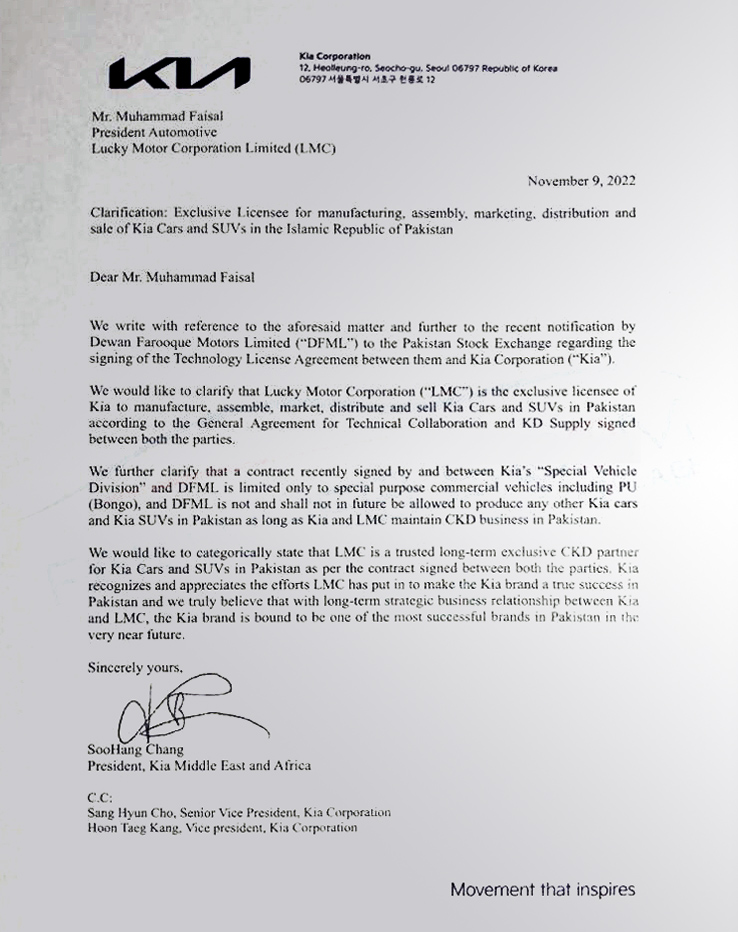 Earlier, DFML informed PSX to have entered into an agreement with Kia Motors of South Korea to produce and assemble Kia vehicles in Pakistan. This created a buzz in the market regarding the future of Kia’s collaboration with LMC however it now seems to be clear that DFML’s venture will be limited to commercial vehicles only.