After US, the 12th generation Toyota Corolla range including the Hatchback, Touring Sports (wagon) and Sedan, have been updated with a facelift for European markets.

The 12th gen Corolla facelift brings styling revisions with changes to the front grille pattern, fog lamp surrounds and alloy wheel designs, while higher-spec trims of the hatchback and station wagon receive new bi-LED headlamps with an adaptive high beam system (AHS). Powertrain for the Corolla facelift in Europe features the 5th gen full hybrid system, which will be offered in 1.8L and 2.0L displacements as with the current model.

According to Toyota, both powertrains benefit from “significant changes” to the engine and electric motor that result in additional power, improved performance and drivability, as well as even reduced emissions. The power control unit and the transaxle motor have been redesigned and the lithium-ion battery is now more powerful, while becoming smaller up to 18 kg lighter than before. Toyota says that the hybrid control has been recalibrated to “produce acceleration that more closely mirrors the driver’s intention” while the noise from the powertrain under acceleration has also been reduced.

The 1.8L powertrain now produces 138hp of power while shortening its 0-100 km/h acceleration time to 9.2 seconds & unchanged emissions whereas the 2.0L one gets an increased total system output to 193 hp and can achieve 0-100 km/h speed in 7.5 seconds while benefits from a reduction in CO2 emissions to 107 g/km. Interior of the Euro-spec 2023 Corolla facelift has been revised to offer a more modern and premium feel through new graphics, trim items and embossed patterns for a more three-dimensional feel. There is a large 10.5-inch multimedia unit for lower-spec variants that offers a high-definition display through an anti-glare screen. For mid-range trim variants & upwards, the 2023 Corolla facelift gets a 12.3-inch combination instrument panel that can be customized in four modes – Casual, Smart, Sport and Tough. Hands-free control in the Corolla range now extends to natural voice recognition for operating functions of the multimedia system, or other vehicle functions such as to open or close the car’s windows. Remote services through the MyT mobile app enable drivers to lock and unlock the car, as well as operation air-conditioning, switch on the hazard lights or locate the vehicle via smartphone.

In terms of safety, the 2023 Corolla facelift comes with Toyota T-Mate, which combines the latest Toyota Safety Sense with additional active driving and parking assistance systems. This set includes Acceleration Suppression which reacts to sudden throttle pedal inputs, collision avoidance support when turning into a junction, Emergency Steering Assist that now reacts to oncoming vehicles, as well as lateral collision avoidance and curve speed reduction. These will be kept up to date via over-the-air software updates, and enable the addition of new functions as they become available through the vehicle’s lifetime, says Toyota.

Also part of the T-Mate suite of safety functions is the Safe Exit Assist, which provides a warning when a door is being opened when a vehicle or cyclist has been detected to be approaching from behind the car. Also included is the Rear Seat Reminder that reminds the driver to check the rear seats for anything or anyone left behind before leaving the car. The updated Corolla range will go on sale in Europe during the first quarter of next year. 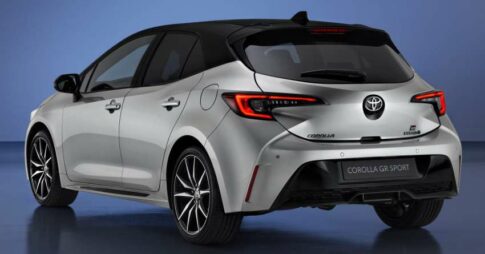 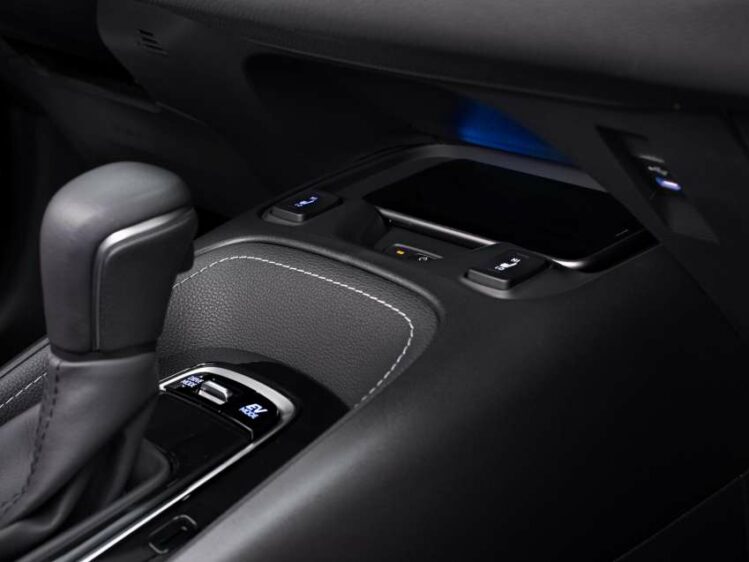 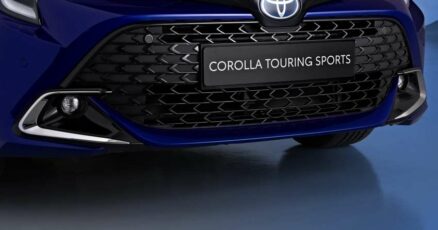 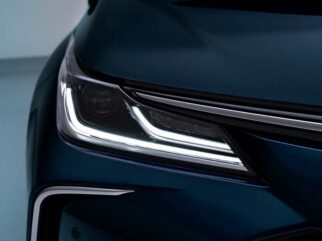 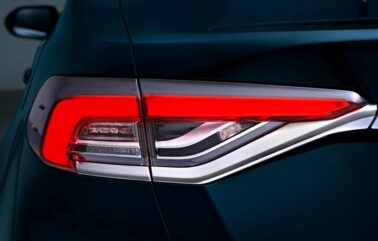