Toyota GR Corolla Debuts- The Most Powerful Corolla Ever

When Akio Toyoda took charge of Toyota over a decade ago, he promised to make their cars more exciting. The Japanese automaker which is generally known for simple and to-the-purpose cars announced to enhance its image and consumer perception by launching a performance version of each of its core models.

While Toyota is well-known for making reliable and to-the-purpose passenger cars & vans, the company has rolled out many sportier offerings since the Grandson of Kiichiro Toyoda, has taken the helm. These include the GR Supra, the GR Yaris, and the GR Super Sport Hypercar. Akio Toyoda, himself is a race driver and often races under the pseudonym “Morizo”. 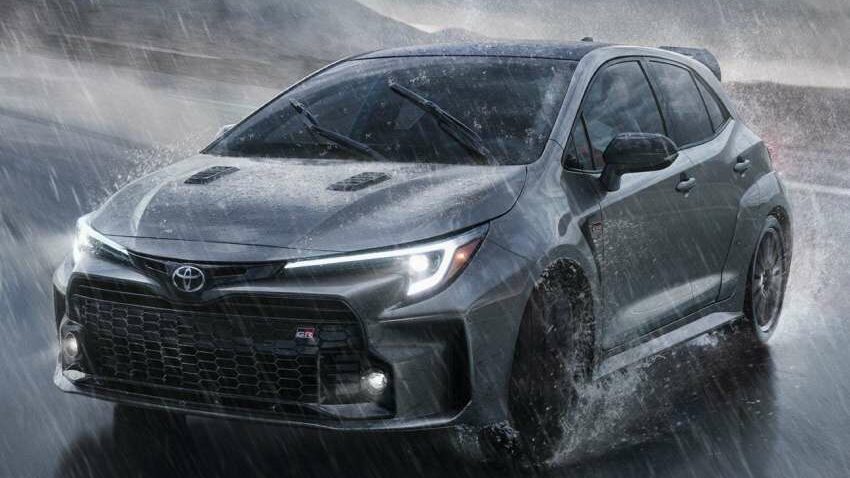 Now finally after a really long wait, filled with never-ending teasers, the new Toyota GR Corolla has been officially unveiled. This is the most powerful Corolla iteration ever to come into production form and will take on the likes of performance hatchbacks including Honda Civic Type R and Volkswagen Golf GTI. 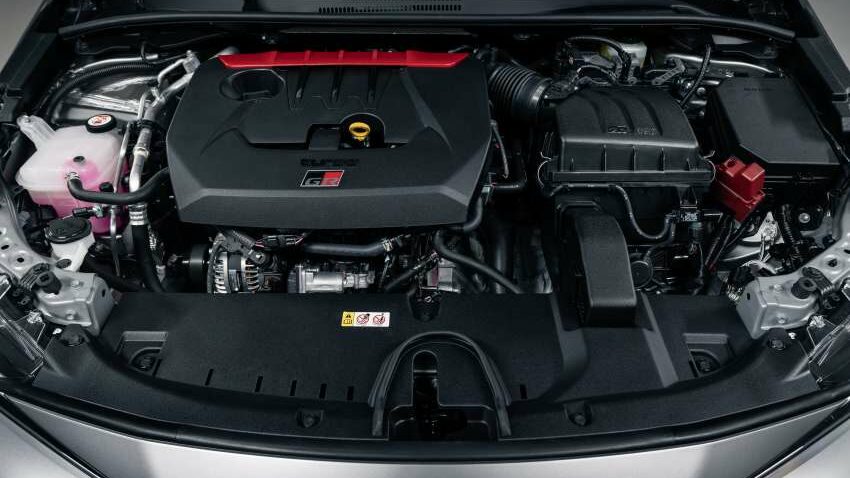 The GR Corolla gets powered by 1.6L G16E-GTS turbocharged direct-injected 3-cylinder engine with GR-Four all-wheel drive. The engine is even more powerful than that of GR Yaris, punching out 304 hp of power and 370 Nm of torque making it 27 hp more potent than JDM GR Yaris hot hatch. Keep in mind the GR Yaris in Japan has a more powerful engine than GR Yaris sold in the rest of the world.

Related: Akio Toyoda Takes the GR Yaris Out For a Spin

Power is sent to the wheels via 6-speed manual gearbox. It also comes with rev-matching and the all-wheel-drive system has selectable 60-40, 50-50, and 30-70 front-rear torque split settings. You can listen to the GR Corolla engine here. The GR Corolla is also aided by more efficient exhaust designed to reduce back pressure, culminating in a unique triple-tailpipe setup. There are regular round tips at the corners of the rear bumper, plus a large single exit in the center. An active valve system is also fitted. There are two flavors available, the base Core model that will go on sale towards the end of this year and an exclusive Circuit Edition that’s coming in 2023. Unlike GR Yaris which is a three-door hatchback, the GR Corolla uses the basic structure of the 12th gen Corolla hatchback, giving it 5 doors and seats for extra practicality. However, the body has received increased welding points and a greater use of structural adhesive, while some bracing has been added to the rear wheel wells, underfloor tunnel and part of the floor ahead of the fuel tank. The front door panels and bonnet are made from lightweight aluminum and the underfloor is flat to reduce drag. It even has widened fenders and canards to channel air down the flanks. 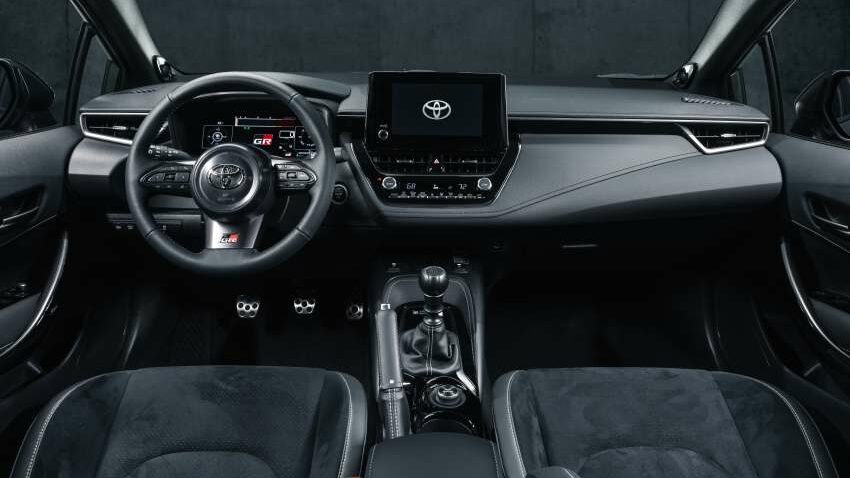 Inside, the GR Corolla is fitted with the sports seats of GR Yaris with adjustable headrests, alloy pedals and unique startup animation in the multi-info display. The seats are upholstered in Brin Naube suede on the Circuit Edition, which also gets the Yaris’ smaller three-spoke steering wheel, red interior highlights and a gearknob bearing the signature of Morizo, the racing pseudonym of Toyota president Akio Toyoda. 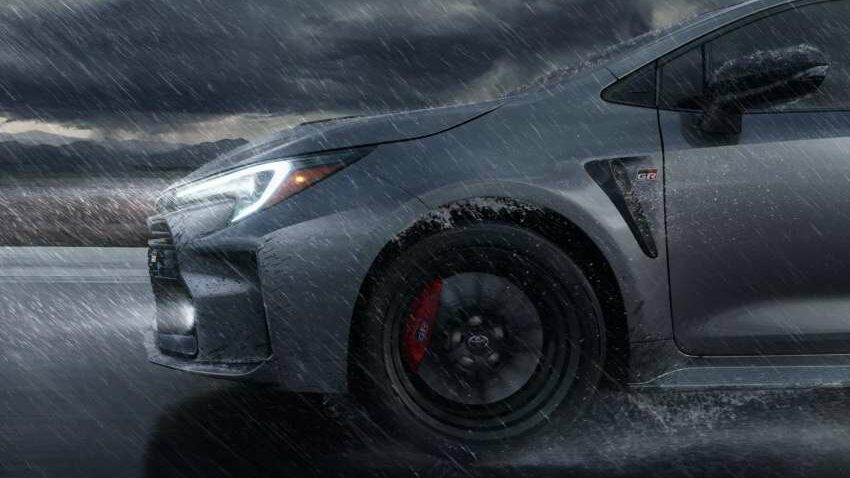 The 2023 Toyota GR Corolla Core is only available in three colors, namely: white, black, and Supersonic Red while the Circuit Edition comes in white, Supersonic Red and Heavy Metal. It also offers performance enhancements including a forged carbon-fiber roof and a Torsen limited-slip differential. Toyota is yet to announce the prices of GR Corolla variants. 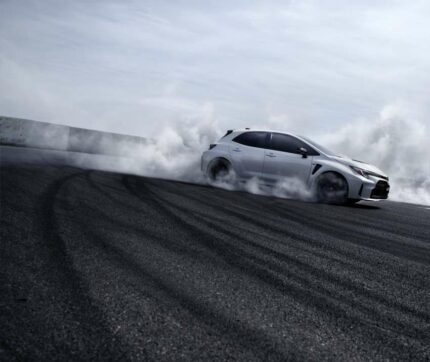 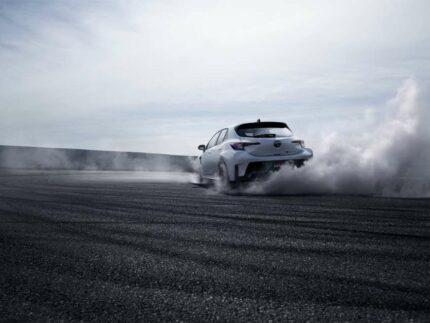 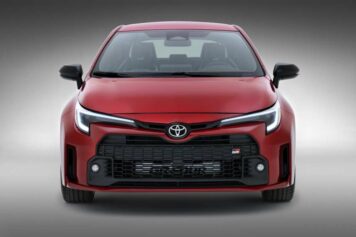