Pakistan has probably the least number of options available for a new car buyer, even fewer than most under-developed countries of the world. With only three players in the business offering a handful of cars that never rival each other in terms of specs and pricing, a car buyer has no choice but to keep buying whatever that is being offered by the Big 3 auto makers, i.e. Suzuki, Toyota & Honda.

Over the period of time, different auto manufacturers kept on appearing and disappearing from the automotive scene of Pakistan. Auto manufacturers like Kia, Nissan, Mitsubishi, Chery, Geely & Proton etc tried to penetrate the market but failed due to various reasons. In current scenario the only player in passenger car business other than the Big 3 is FAW.

The automobile policy has opened door for various auto manufacturers and we have seen a rapid development in the automobile sector of the country. Audi & BMW have launched a couple of new vehicles in Pakistan during the previous year. Renault has announced its plans to produce vehicles by 2018, Younus Brothers Group (Lucky Cement) is in talks with KIA while Dewan is working on a comeback with Korean Ssangyong branded vehicles. In addition to this, several Chinese automobile manufacturers have shown keen interest to invest in the auto sector; however we are yet to see these things shaping up into reality.

If we look at the vehicles that were introduced during the previous year, including Audi A3, A4, BMW X1, Honda HR-V, Suzuki Vitara, Toyota Hilux Revo & Fortuner and the 10th generation Honda Civic, they are mostly out of the reach of masses and caters to a very specific set of buyers with good purchase power. Furthermore the crossover SUVs are becoming a trend of the modern era, and like any part of the world, each passing day crossovers are becoming increasingly popular in Pakistan.

The Future belongs to Crossovers

It is being said that in the next decade, crossovers will overshadow the global sedan sales. Mitsubishi is ‘killing’ the Lancer sedan and has announced to focus on development of crossover SUVs. Renault Captur and Toyota C-HR are the recent examples of car makers producing stunning crossovers to attract car buyers. While in our market, presence of cars like the Honda Vezel, Nissan Juke and the recent launch of BMW X1, Suzuki Vitara and Honda HR-V proves the popularity of these vehicles, and the manufacturers’ intent to cash in the growing crossover culture in Pakistan.

Coming back to FAW, the company has made considerable progress in the commercial vehicle sector while slowly making its way in the passenger car market as well. The problem however for FAW is the lack of available options and trim levels. Currently they are selling the Sirius MPV and the V2 hatchback. The Sirius although being a very practical & cost effective vehicle falls into a segment that isn’t quite popular in our market. The other two locally available options, the Toyota Avanza and Suzuki APV are a rare sight on our roads too. However the story of V2 is different.

It is a car that takes on 3 Suzuki rivals, being a 1300cc hatchback the immediate comparison is made with the Swift, compared to which the V2 is nearly 3.5 lac cheaper. Price-wise the V2 competes with the 1000cc Suzuki WagonR, on the other hand the V2 is even cheaper than the Suzuki Cultus from Commodore64 era! Despite being feature-rich the lack of available options is one of the biggest hurdles in the popularity of V2. The car is only available in 1 trim with no automatic options available, although in China an AMT (Automated Manual Transmission) is available, the same clutch-less transmission that comes with the Suzuki Celerio. It’s good that FAW hasn’t compromised on the safety, but if they are able to offer multiple trim levels, say a strip down version without alloys & perhaps a smaller engine, and slash down the price, the car may well become a common sight on our roads.

The other thing that the company can do is to try and tap the crossover SUV segment by launching their cost effective products. Although there are reports suggesting a FAW sedan to be launched in Pakistan, the crossovers can really help FAW penetrate the market effectively. So far the vehicles that have been launched in this segment fall above 3.0 million price bracket, which to be honest is a lot and as said earlier caters to a very limited set of buyers with good purchase power, however thankfully FAW have some decent options in their arsenal which are much cheaper compared to the expensive crossovers available in Pakistan. Let’s have a look at these options. 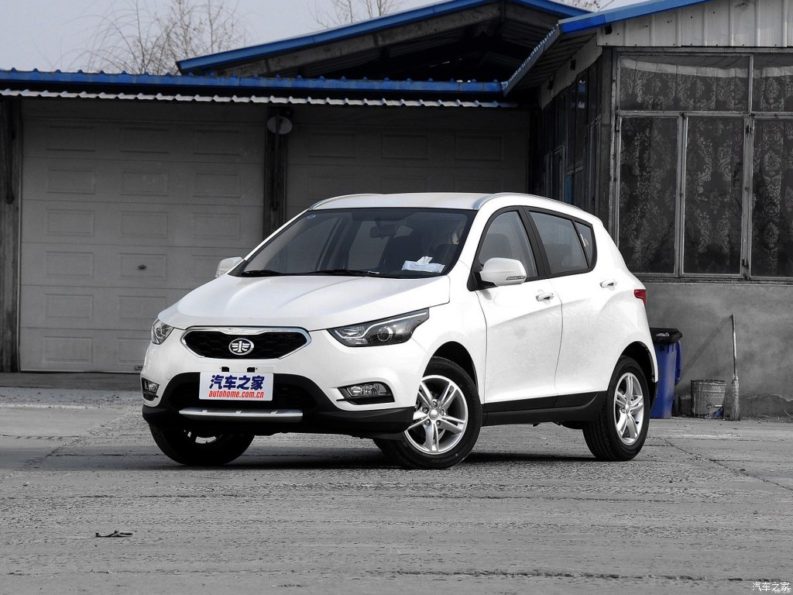 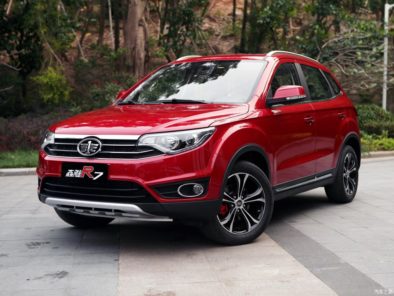 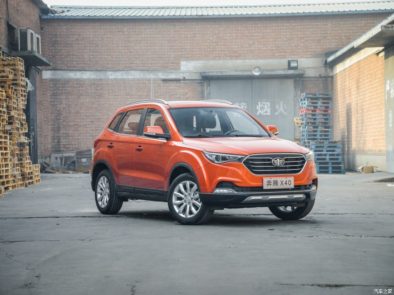 China is a huge country and some brands, or sub-brands, are much stronger in certain regions than the others. It then makes sense to launch a car under two different brands to get nationwide coverage, instead of spending billions in marketing a single brand. In case of Besturn X40 and Senya R7, Besturn is traditionally strong in the north and northeast China, whereas Senya does better in the east and southeast regions. Like any other part of the world, the crossover SUVs are immensely popular in China, hence FAW needed more than one option to compete in the market.

These cars have a huge potential to become successful in Pakistan, since crossovers are priced well above PKR 3.0 million in Pakistan, the likes of R7 & X40 priced around 2.0 million or less can be a huge advantage for those who cannot spend a hefty amount yet willing to go for an SUV. On the other hand a smaller D60 can cost even lower than the other two, thus offering low budget SUVs in their lineup is likely to give Al-Haj FAW a tremendous boost in the passenger car segment of Pakistan.

Your say on these SUVs..

Considering the above options, which do you think should be launched in Pakistan. Cast your vote below, you can even select more than 1 option. Also comment on the price at which you think these vehicles should be offered.