Changan has released the first official photos of the CS85 Coupe SUV in China. The sporty SUV is expected to make its debut at the Chengdu Auto Show in September 2018, and will be launched in Chinese market thereafter.

The Coupe SUVs are rapidly becoming popular and people around the world seem to love them enough to keep buying them in good numbers. The revolution has reached China as well with many Chinese automakers already started to add these Coupe SUVs to their lineup. 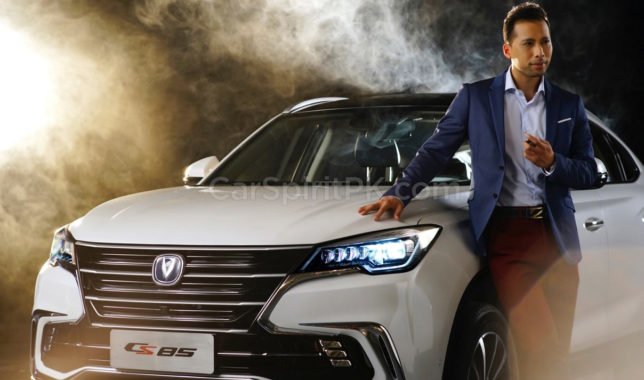 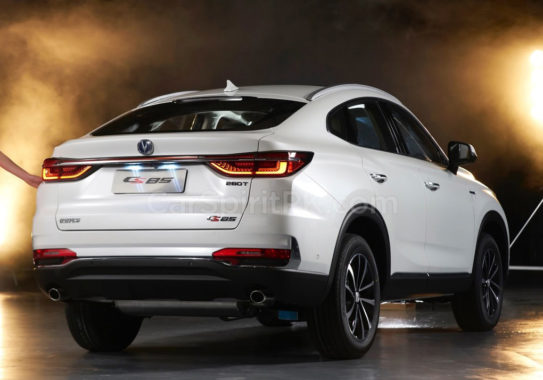 The front fascia is unmistakably Changan, well harmonized with the modern range of Changan models such as the Raeton & Eado, however this face has been applied to an SUV for the first time. The large chrome trim strips with full LED headlights make the CS85 look quite aggressive.

The side profile uses a clear slip-back style, combined with the shark fins on the roof to create a strong sense of movement. At the rear, the taillights are connected to each other by a strip, with Changan emblem on top of the boot lid. Reflectors on either side of the bumpers and twin exhausts are other highlights of the CS85. 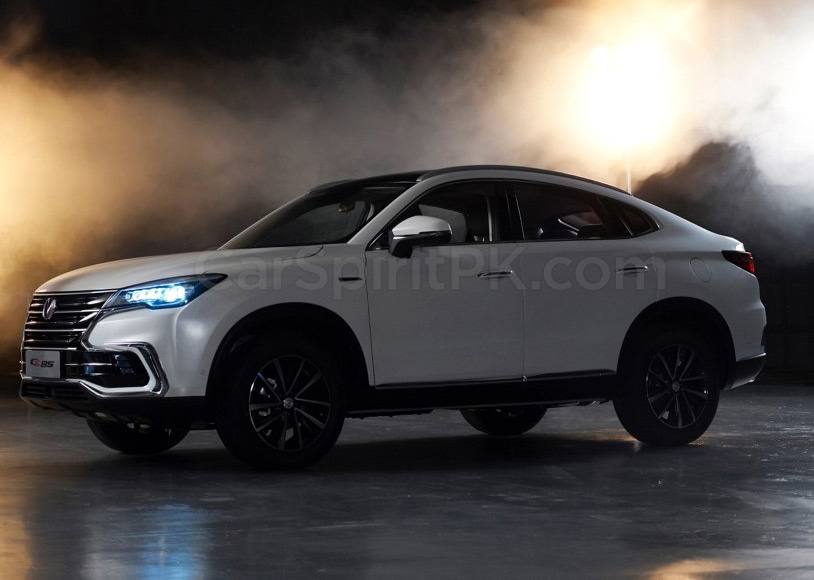 The CS85 will be positioned between the Changan CS75 and CS95 SUVs. Reportedly the company is also working on to launch another flagship Coupe SUV, which will be positioned above the CS95. Further information will be updated as and when available, stay tuned to CarSpiritPK. 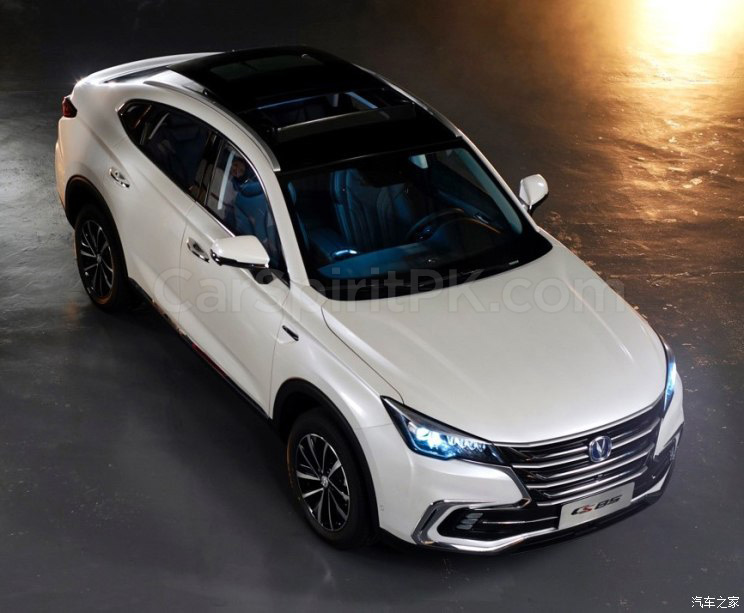