Ghandhara to Launch Tiggo-8 on This Date

As reported earlier, Ghandhara is finally about to launch the Chery range of vehicles in Pakistan. The company will begin its operations with the Tiggo-8 crossover SUV, the formal launch of which will take place on the 14th of December in Karachi. The vehicle is expected to go on sale from the first quarter of 2022.

Tiggo-8 is considered a flagship model in Chery’s lineup. It is a compact 7-seat crossover SUV that is powered by a range of turbocharged engines including 1.6L and 2.0L as well as a 1.5L hybrid setup under its hood, depending on the market where its offered. The Tiggo-8 is equipped with manual, CVT as well as DCT gearbox options. 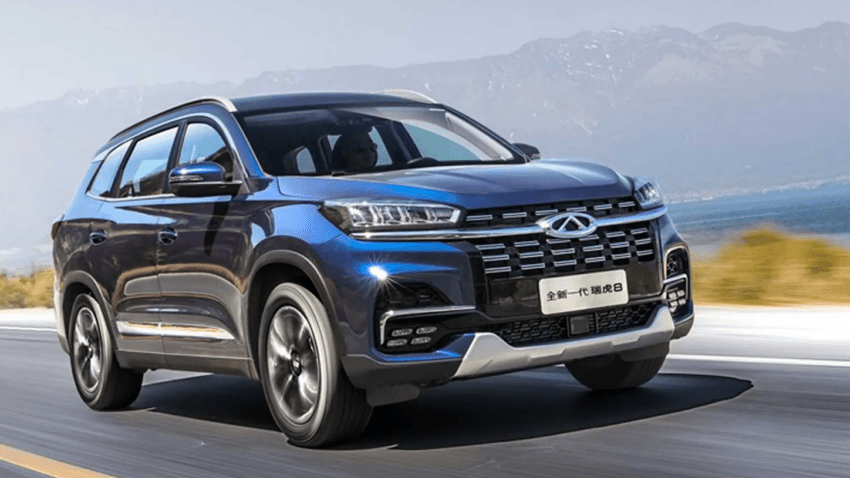 It also comes loaded with a range of safety & convenience features making it an attractive package for the buyers. The Chery Tiggo-8 is doing well in terms of sales in markets including China, Russia, South America, the Middle East and Southeast Asia. Although there is no official word on the pricing as well as technical details yet, we will have to wait for the 14th of December to find out. However according to a Ghandhara official, the Chery Tiggo-8 seven-seater will be competitively priced and will bring a stir in our market.

Having unable to materialize the Datsun project, Ghandhara Nissan Limited (GNL) inked a deal earlier this year with leading Chinese automaker Chery to invest Rs 2.4 billion in Pakistan to manufacture & assemble a range of automobiles. The investment plan include introducing various types of passenger cars including hatchbacks, sedans, crossovers & SUVs. Furthermore, in line with the new Electric Vehicle Policy, the company also plans to introduce its range of electric vehicles in the forthcoming years.

After Tiggo-8, Ghandhara will launch the smaller Tiggo-4 crossover in Pakistan, the trials & tests of which are already underway.