Few years before the Toyota GR Yaris was launched, the Japanese automaker revealed the GRMN Yaris (based on the 3rd gen model) as its first attempt at a proper hot hatch.

Related: Toyota GR Yaris is Even Faster on the Dyno

Unveiled in September 2017, the Yaris GRMN came equipped with a Lotus-tuned supercharged 1.8L engine churning out 209 hp of power and 250 Nm of torque sending power to the front wheels via a manual transmission, propelling the vehicle from 0-100 km/h in 6.3 seconds while able to achieve a top speed of 230 km/h. 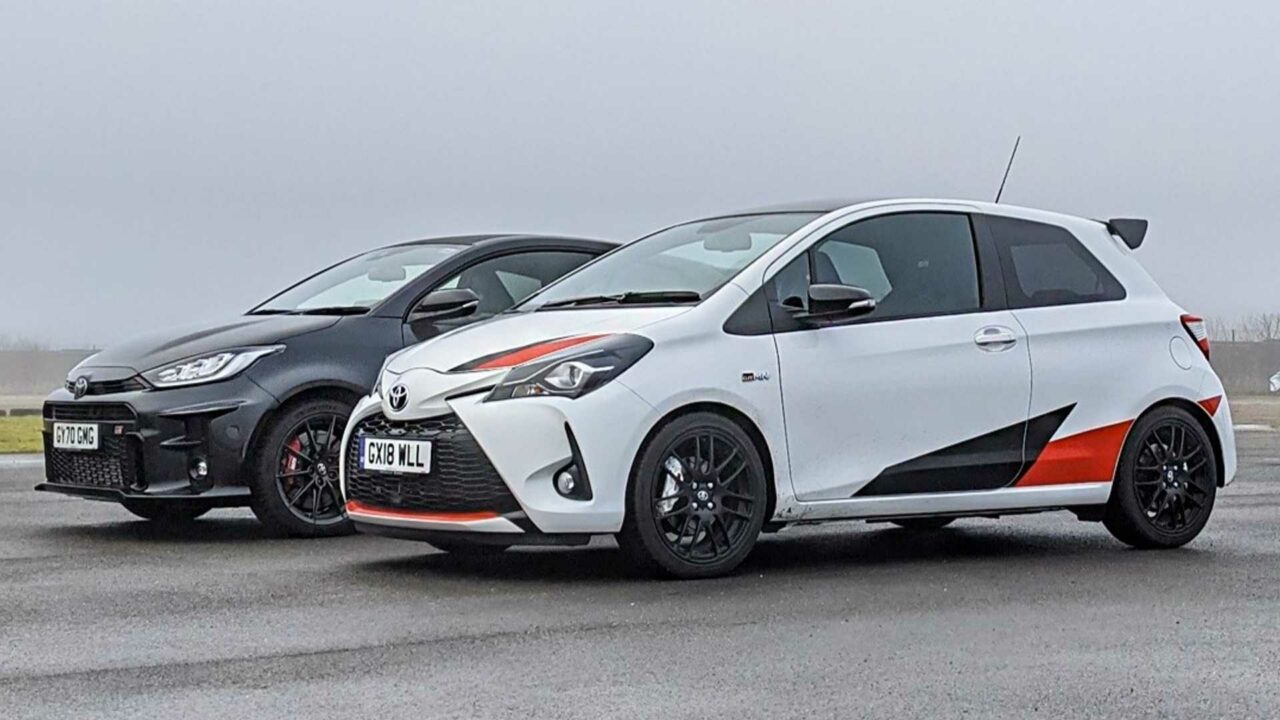 On the other hand, the new 4th gen Toyota GR Yaris has been in news ever since it made its debut. Known as a little monster of this era, the GR Yaris comes equipped with an extremely powerful turbocharged 1.6L three-cylinder engine which churns out staggering 257 hp and a massive peak torque of 360 Nm transferred to both axles through a 6-speed manual gearbox. The 0-100km/h figures are rated at just 5.3 seconds while its top speed is electronically capped at 230 km/h.

To see how the 3rd gen GRMN Yaris compares to the new 4th gen GR Yaris, Carwow was able to gather the two together for a series of performance tests. While the results aren’t surprising, the video is still fun to watch.

For so many years Toyota has always been known for producing efficient, reliable and to-the-purpose cars. You won’t normally expect performance-oriented adrenaline rushed vehicles from the Japanese automaker. However, couple of years back Toyota announced to change its image and consumer perception by launching a performance version of each of its core models. And with the new GR Yaris they have certainly produced a road car with a rallying blood.