The HiAce is a popular light commercial van produced by Toyota since 1967. In the last 52 years, the HiAce has been available in 5 generation models while the sixth gen was launched earlier this year and has recently been introduced in Pakistan as well. 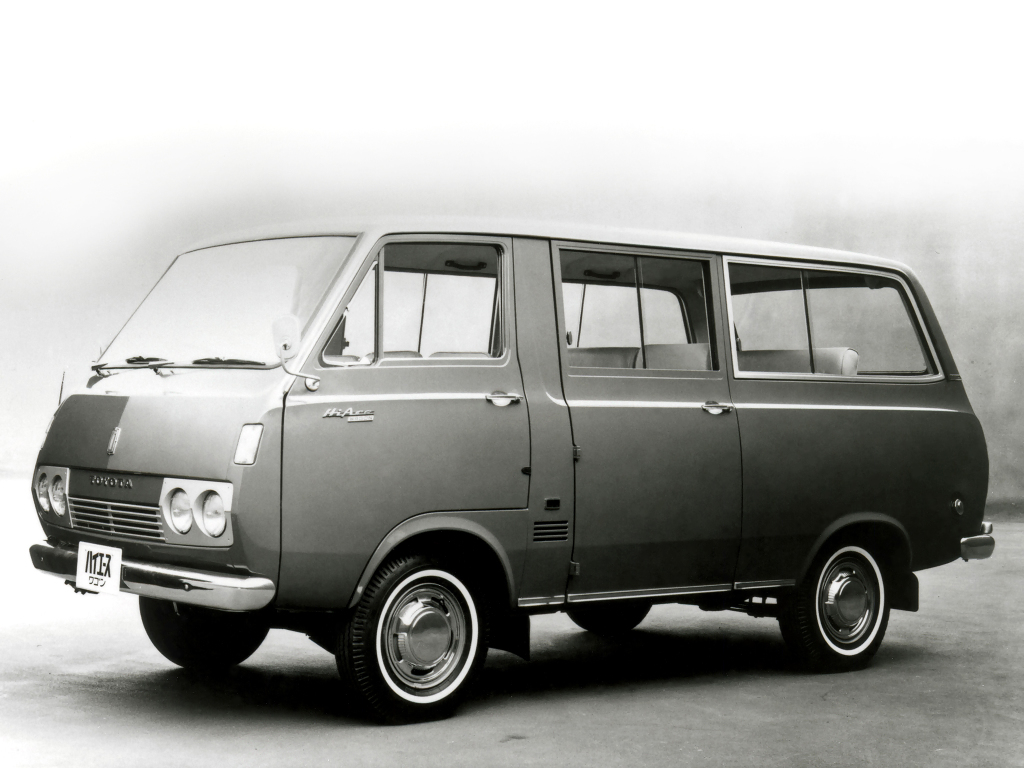 The first gen HiAce had a rather prolonged production span. It continued to be sold for 10 years till 1977 before being replaced by the 2nd generation model. 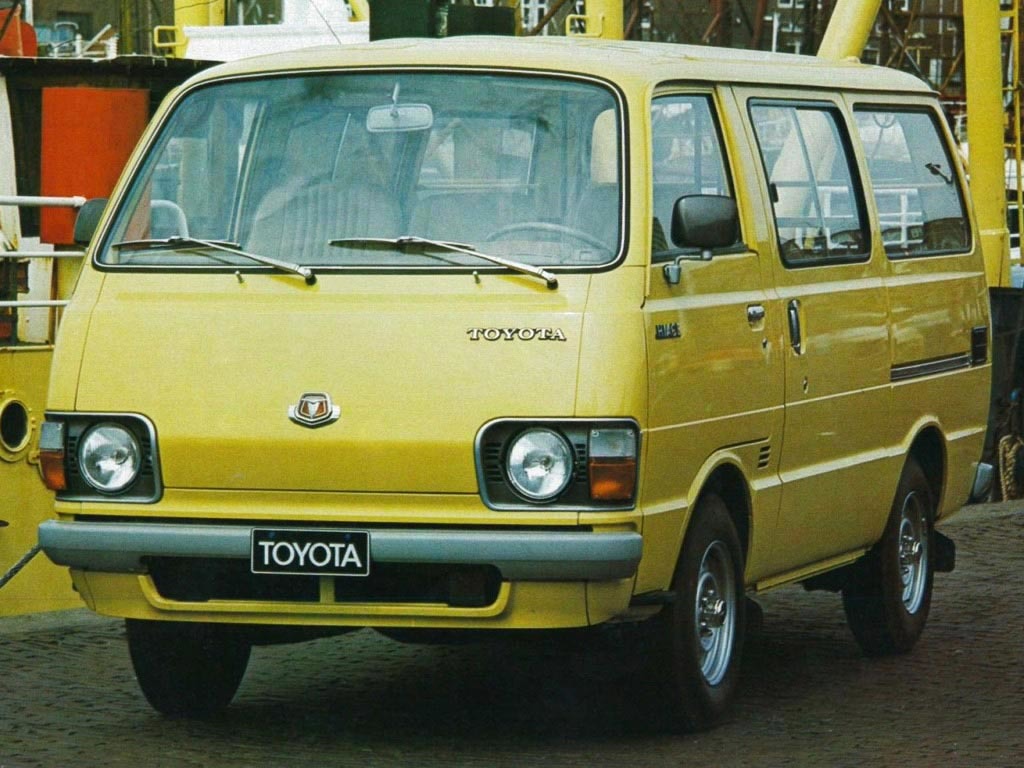 The second-generation HiAce was launched in February 1977 featuring significant improvements in functionality, ride comfort, and safety, while substantially enlarging the floor area and volume of the cargo cabin.

The model variations included vans and commuters with standard, long, and super long bodies, two standard wheelbase wagons with passenger capacities of 9 and 10, and four trucks consisting of single- and double-cab models, an open van, and a panel van.
The wheelbase of the 1-box models was either 2,340 mm (standard), 2,545 mm (long), or 2,845 mm (super long), and that of trucks was 2,290 mm.

All engines were gasoline-powered, including a 2-liter 100 hp unit (18R-U), a 1.8-liter 95 hp unit (16R-J), and a 1.6-liter 80 hp unit (12R-J). The standard van increased the payload capacity to 850kg/600 kg, and the 9-seater van was able to carry 750 kg of cargo when the rearmost seats were stowed and the passenger capacity was reduced to six. The super long van and the small commuter bus adopted a high roof. The van adopted the parallel 4-link back door opening/closing mechanism to facilitate work in a narrow space. The opening of the sliding side door was widened by 245 mm to 980 mm, and the door needed even less force than before to open and close. The 10-seater wagon adopted the long wheelbase chassis in March 1979. A 2.2-liter 72 hp diesel engine (Type L) was made available in July 1979, and many other improvements continued to be implemented, until the third-generation model was released in December 1982. 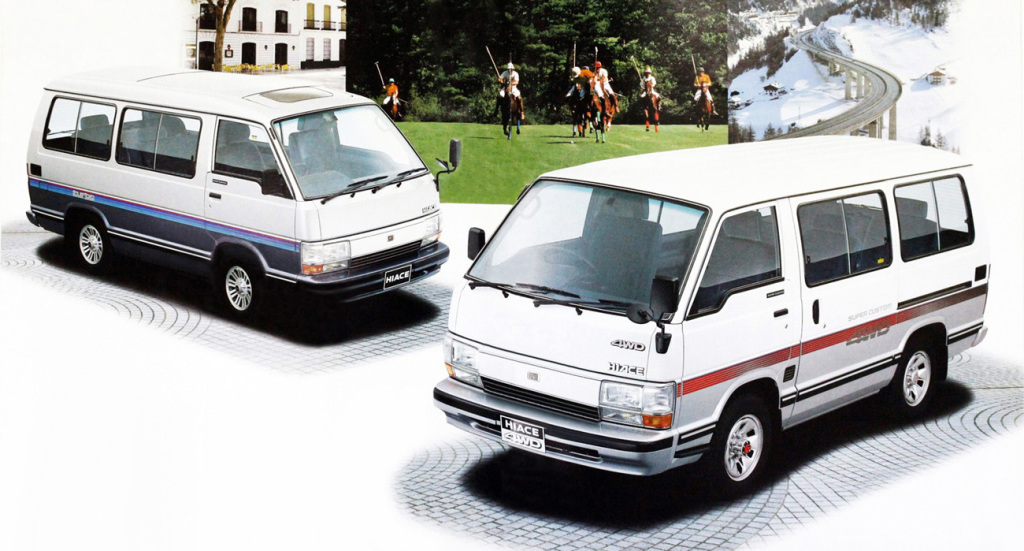 The third-generation Hiace was introduced in December 1982. Only the 1-box models (wagon, van, commuter) were remodeled at the time, however the second-generation trucks remained in production. As the Hiace wagon was gaining a reputation as a luxury multi-purpose vehicle (called RV or recreational vehicle in Japan at the time), the wagon improved the interior spaciousness and ride comfort, offering the top-end Super Custom Sunroof/Moonroof grade and employing a 4-link coil spring rear suspension.

Newly developed 1.8-liter 2Y and 2-liter 3Y LASRE gasoline engines were introduced, as well as the Type L diesel unit (and the 2L at a later date). A 4-speed automatic transmission was also made available for gasoline-engine models to answer demand for multi-purpose vehicles. In August 1985, the top-end Super Custom Limited model was added to the 7-seater wagon, and 4-wheel-drive models were made available for vans and selected wagons. The Hiace truck came to share the platform with the Dyna truck models in August 1985, becoming a completely separate line from the 1-box models. 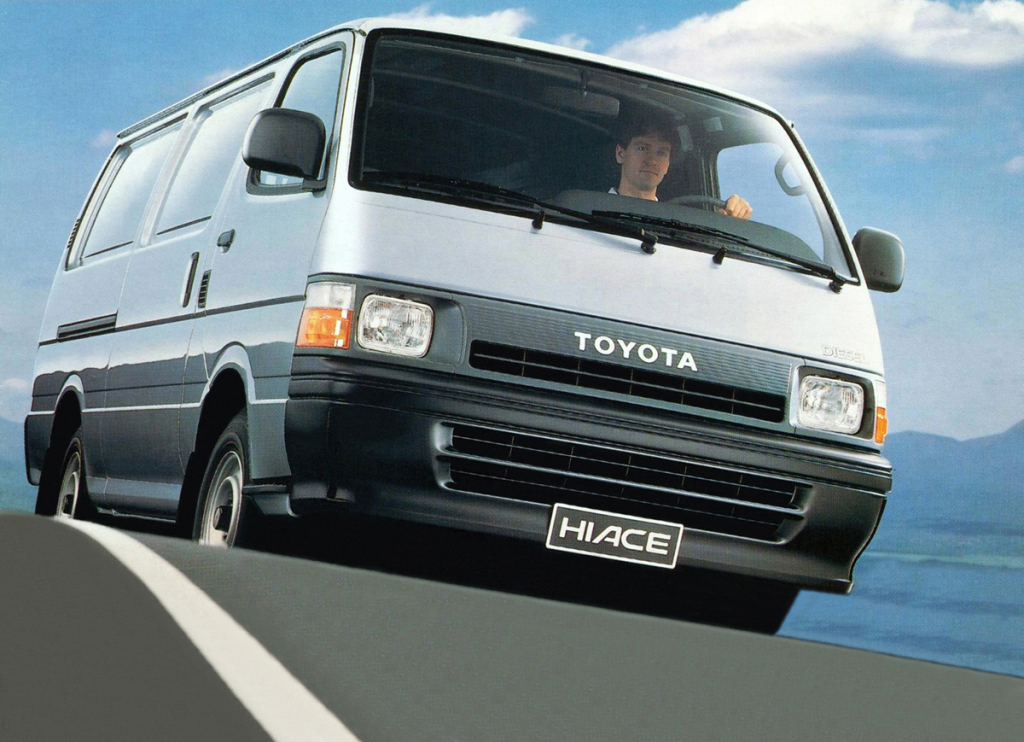 The fourth-generation Hiace was released in August 1989. A major change in the mechanical components was that of the engine lineup, which included newly developed gasoline engines (2-liter 1RZ-E and 1RZ units and a 2.4-liter 2RZ-E unit), and a 2.8-liter diesel engine (3L) that was fitted to all 4-wheel-drive (4WD) models.

The Hiace had also been used as a base platform for ambulances due to its suitable size and high reliability. In August 1993, the 4WD models changed the drivetrain configuration from a part-time system using a transfer case to a full-time system without a center diff lock and a sub transmission. The 4th gen Hiace continued to be sold for nearly 15 years before being replaced by the 5th generation model in 2004. 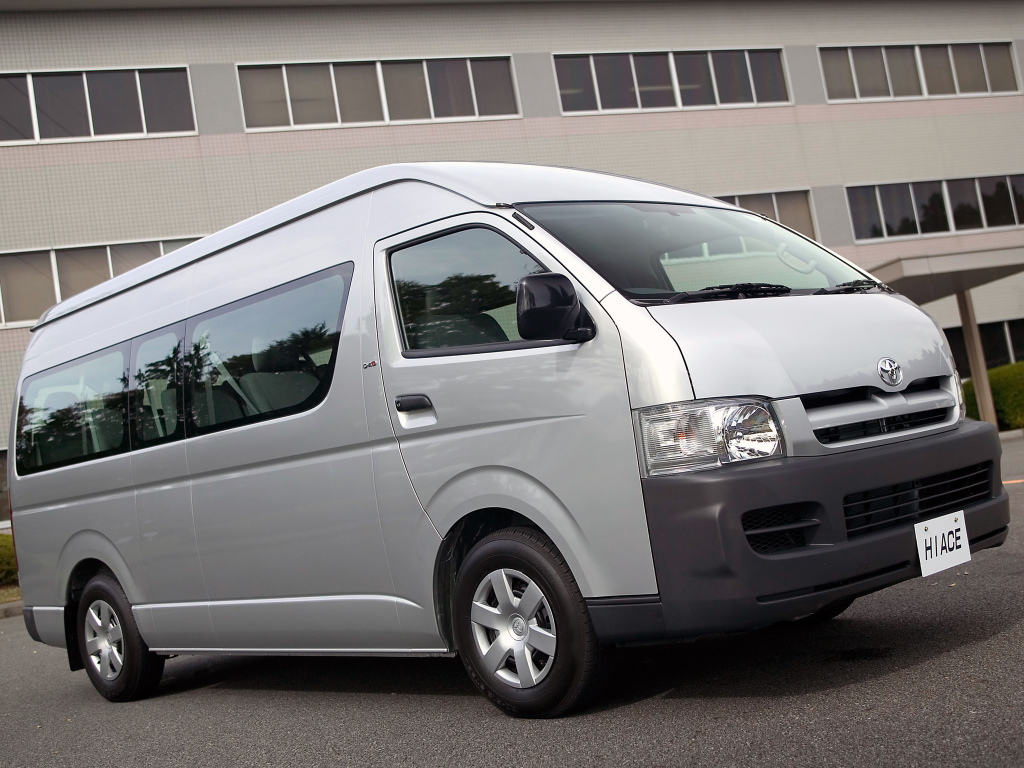 The Hiace entered the fifth generation in August 2004. Reflecting the polarization between the increasingly luxurious 1-box wagon and practical commercial van models that became apparent in the previous generation, the Super Custom wagon was spun off and integrated with the Alphard line (announced in May 2002).

All models with a body length of 4.7 m or longer were fitted with a wide-body coach measuring 1,880 mm in width, which made vans the only Hiace models still classified in the “4 number” category. The body variations included a long standard-width body with a standard/high roof, a long and wide body with a medium roof, and a super-long and wide body with a high roof. The Hiace wagon and van were popular among wide range of users, as these vehicles could be used not only for cargo transportation but also as campers and for carrying large leisure equipment. 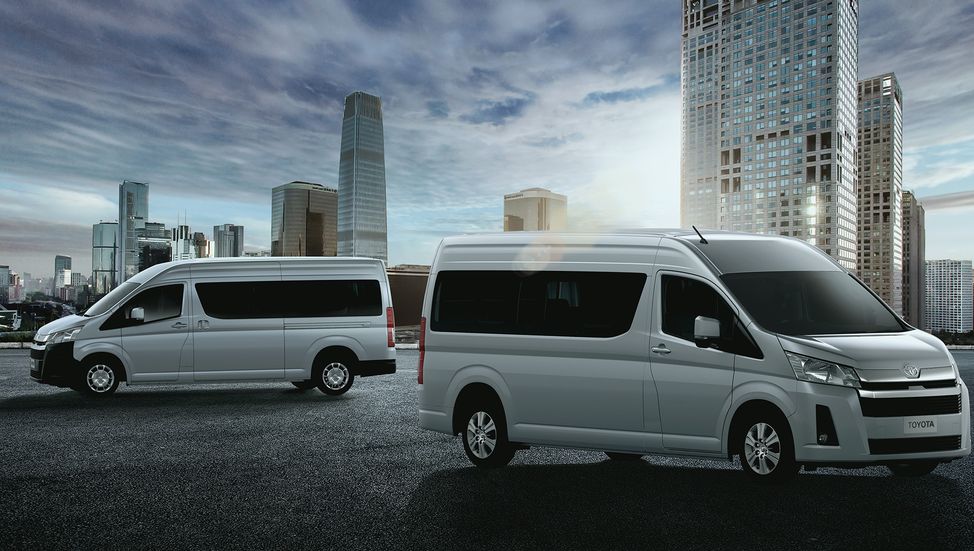 The 6th gen HiAce debuted in February 2019. The new HiAce is built on a platform specially developed for this model. This is the first time that the HiAce gets a protruding bonnet, allowing new engines to be fitted.

Toyota has also used a new leaf spring rear suspension that is 200 mm longer and provides a 30 mm increased bound stroke. The turning radius has reduced to 6.9 meters, which will make driving in urban areas and parking much easier. The new HiAce also offers a higher level of body rigidity compared to the outgoing model, along with an improved ride quality. Furthermore it gets wider front quarter glass to enhance visibility for the driver.

The 2019 Toyota HiAce is available in two body types: Standard Roof and High Roof. A variety of seating layouts are available (29 in total as listed by Toyota), divided into three distinct categories – Van, Tourer and Commuter – the last of the three can carry up to 17 people.

In Pakistan, the new HiAce gets powered by a 2.8 liter 1GD-FTV four-cylinder intercooler turbo-diesel engine mated to either 6-speed manual or 6-speed automatic transmission.