Chinese automakers were once known for blatantly copying renowned car designs from global car makers. Then, they moved on to hire reputable European designers who crafted a unique design language for these Chinese brands which eventually became their identity.

Related: Is “Copying” the Key to Success?

Although Japanese were once known for copying European and American designs during their early days in automobile production foray, but imagine if any Japanese automaker starts copying Chinese design today, perhaps can happen in one’s wildest dreams only. Well, it looks as if that wildest dream has become a harsh reality.

Believe it or not, Honda of late, has been coming up with vehicle designs that appear to be largely inspired by cars from Changan. It all started with the release of new Honda HR-V in April 2021, the rear-end of which was very much similar to the Changan UNI-K crossover which was first unveiled in September 2020. Not just rear, apart from the intricate grille, even the front-end has quite a lot of similarities. But the inspiration started to look a blatant imitation when the HR-V Modulo X package was revealed which looked identical to Changan’s signature “Butterfly Grille” design, making the HR-V look like a Changan wanabe.

One might just call it a coincidence how the new Honda HR-V and Changan UNI-K look similar to each other, but the recent images of new CR-V which were released by China’s Ministry of Industry and Information Technology (MIIT) tells that perhaps its not a matter of coincidence anymore. Bear in mind each and every new car to be sold in China has to go through MIIT’s homologation process, so images are published on their website prior to the introduction of vehicles in the market.

As per the images, the new Honda CR-V looks largely inspired by Changan Oshan X7 Plus which was recently launched in Pakistan. The inspiration particularly from the front with similar set of headlamps, the grille and even the creases on bonnet looks very obvious. While the Oshan X7 is already there in the Chinese market since last year, the CR-V is set to formally go on sale in China in forthcoming months. 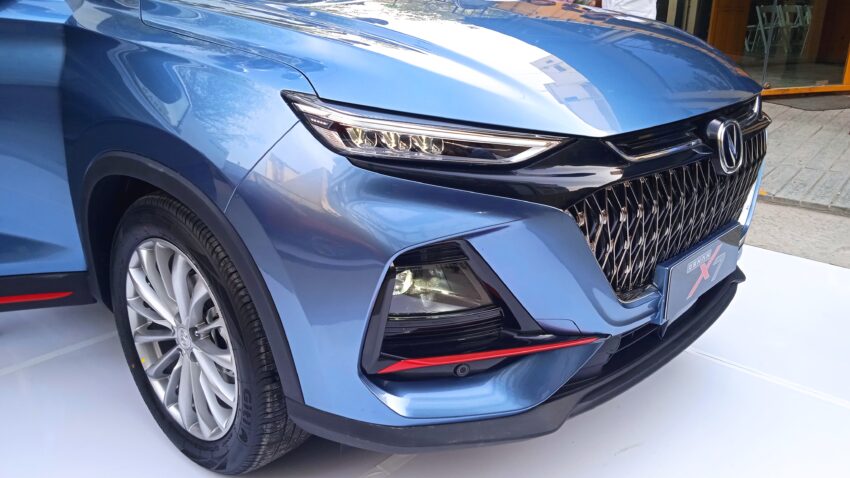 The new CR-V is being built by Dongfeng-Honda, there is another venture of Honda in China called Guangzhou-Honda or simply GAC-Honda. But whatever the case there is no connection between Changan or Dongfeng or Guangzhou Auto for that matter. Whether its just a matter of coincidence or Honda deliberately wants to give Chinese the taste of their own medicine, nobody knows for sure. But a Japanese automaker looking so much inspired by a Chinese brand is something that’s very interesting subject for everyone of us.

Whats your say on Honda’s latest act of taking design inspirations from Changan, let us know with your comments.