Kia Stonic and the Chances of its Success

Lucky Motor Company (LMC) is on the verge of introducing the Stonic crossover in Pakistan. Images of ready units have also appeared on the internet where the Stonic can be seen being transported to the dealerships. The B-segment crossover is expected to be formally launched in October, followed by the introduction of Peugeot 2008 crossover which is reported to be introduced in November 2021. And that’s exactly why the name of Kia-Lucky has been changed to LMC since the company will assemble & market multiple brands under one roof.

Let us now look at various aspects & see whether the Stonic will become a success story in Pakistan, just like LMC’s highly successful Kia Sportage.

Its a B-Segment Crossover 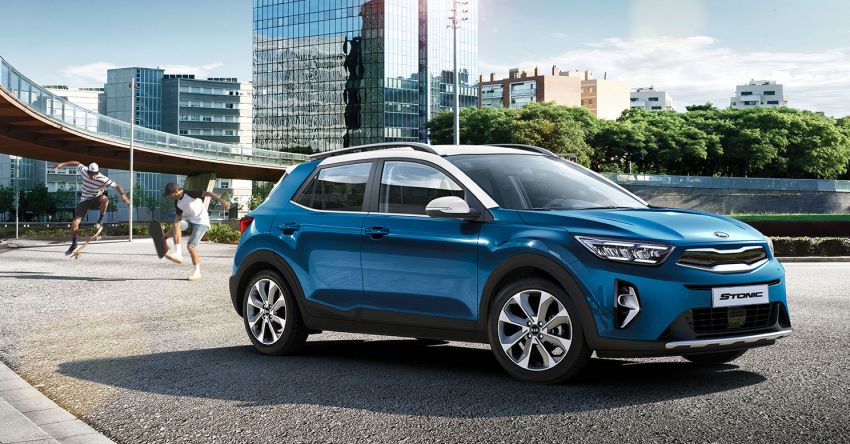 Kia Stonic is a B-segment crossover and should be compared to other B-segment vehicles available in the market. Although few are comparing it with C-segment Toyota Corolla and Honda Civic but it doesn’t make sense to do so. This has been discussed in detail in our earlier post. As reported, the company was aiming to launch something that would entice Toyota Yaris and Honda City buyers into opting for a crossover, and from the looks of its, the Stonic might be it.

Although its just a crossover, the Stonic is marketed to have an SUV attitude. The vehicle does have an imposing & rugged presence thanks to larger 17-inch alloy wheels (15- & 16-inch in lower variants), black claddings around wheel arches & on the lower section of the car, bumpers with diffusers, roof fails, back wiper and embedded rear spoiler.

To have an idea of its size, you can best compare it with Toyota Aqua although Stonic is marginally larger. The space inside for the occupants is almost same as that of any B-segment car but the headroom for rear passengers is pretty decent especially when you compare it with Toyota Aqua which has a sloping roof and a compromise on headroom for rear passengers. 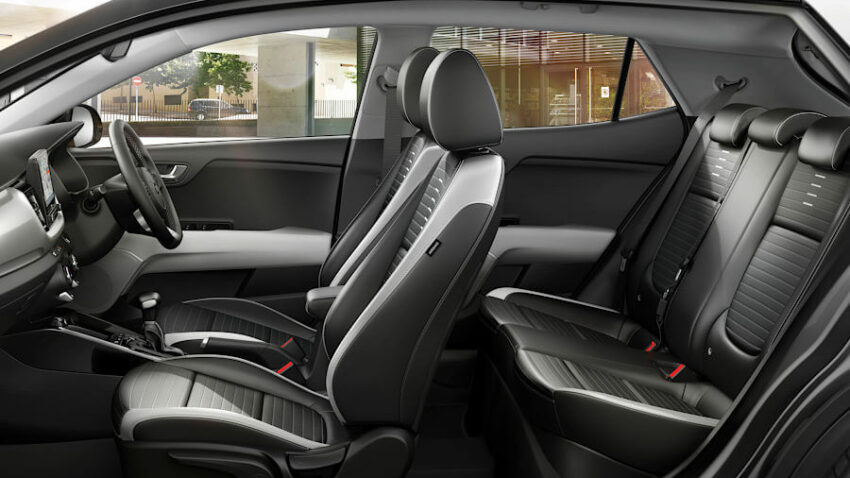 The Absence of Boot, Not an Issue

Since its not a sedan, the Stonic doesn’t have a boot (diggi) but still offers a generous 352 liters of space which is enough to carry most of the items along. Thanks to split-seats, the space can be considerably enhanced with one of both seats folded down depending on the need. 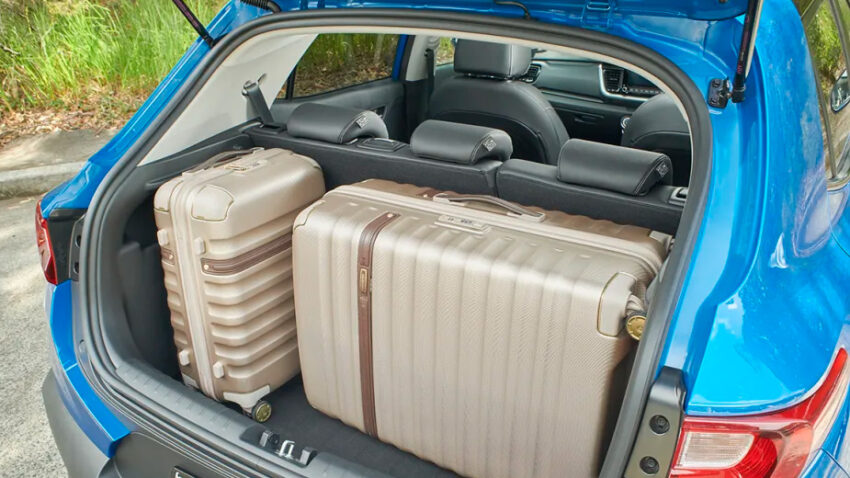 For the sake of comparison, here is a comparison of available boot space in different hatchbacks of our market.

Against the B-Segment Sedans 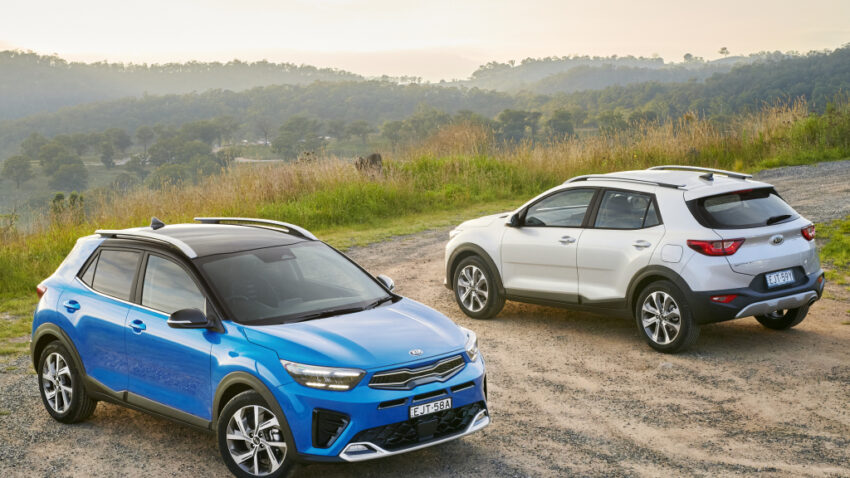 The Stonic is likely going to be pitted against the B-segment sedans such as the Toyota Yaris, Honda City and Changan Alsvin. And while ‘sedans’ are known as the most loved segment of our market, the craze of crossovers is escalating, just like in other parts of the world. Other than diggi everything else is pretty much comparable between Stonic and aforementioned sedans in our market, and considering the fact that there is no need to put a CNG cylinder these days, which was almost essential when we used to have factory-fitted CNG hatchbacks rolling off the factories, with cylinder eating up all the cargo space in a hatchback, there will be no such issue with Stonic as its 352 liters of cargo space looks more than enough for many.

The Stonic comes equipped with a choice of 1.0L turbo, 1.2L and 1.4L naturally aspirated petrol and 1.6L diesel engine options depending on the market where its offered. Available transmission options are 5/6 speed manual, 6-speed automatic and 7-speed DCT. Although LMC is yet to reveal details of available engine options but its likely going to have either 1.0L turbo or 1.2L naturally aspirated one under its hood. 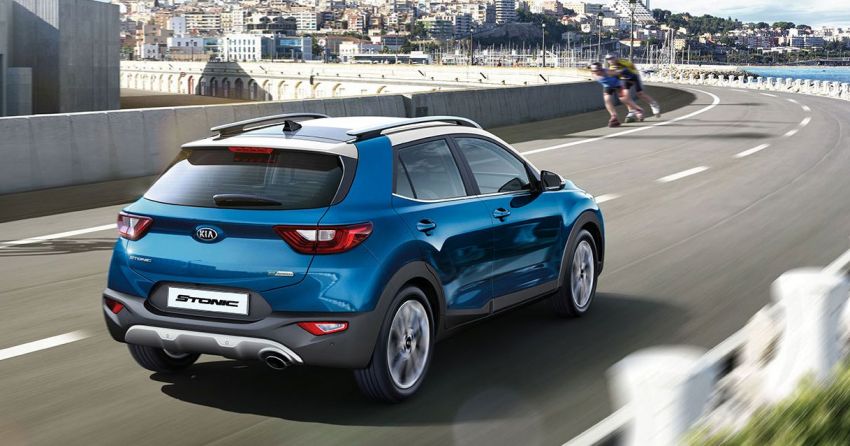 The most important factor that’s going to determine the success of Kia Stonic in Pakistan will be its price. Since LMC will pit it against the B-segment sedans, it has to be priced in the same domain too. Some are speculating a price tag of PKR 3.5m & more however that’s likely where the upcoming Peugeot 2008 will be slotted since the cheapest variant of Kia Sportage, the Alpha is priced at PKR 42.94 lac, LMC won’t allow its products to cannibalize each other.

If the Stonic is priced in the same league as that of Yaris or City, its definitely going to attract buyers in numbers since its stylish yet practical, and does have a lot to offer. Do you think Kia Stonic will make its place among the known B-segment sedans of our market, let us know with your comments.