MG has unveiled the production version of its latest battery-electric crossover called the Mulan. This is the first EV to be built on SAIC-MG’s new electric platform named Nebula and it will also be MG’s first global EV which will begin its sales from Europe.

The MG Mulan EV sports a sharp and futuristic design with some interesting design elements. Being a new electric-only model, there is no front grille. The MG logo sits above the lower air dam, flanked by which are sharp LED headlights. On the side, the car gets a sleek profile and a blackened C-pillar. Thus, giving it a floating roof look. Contrasting the body color are black elements all across. The back features full-width tail lights extruded out of the body and only separated by the MG logo in between. The rear bumper gets skid plate & diffuser element, and there is a split-type spoiler as well as a panoramic roof to round off the exterior details. 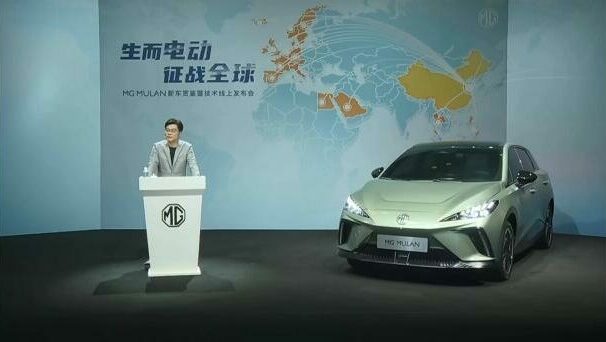 Mulan’s batteries are so compact, primarily due to the LBS technology where cells are located horizontally– literally lying inside the pack. It also benefits from CTP (Cell-To-Pack) technology that provides extra protection to prevent thermal runaway. The MG Mulan will get two battery options– one with a capacity of 51 kWh, and the bigger one of 64-kWh. The Mulan has three different drive ranges depending on the version: there is 400km, 500 km, and 600 km for the top variant.

According to MG, the Mulan has been created as a sporty all-electric hatchback with an extremely low center of gravity and better handling capabilities, thanks to a 5-link rear suspension. Mulan gets a 150kw electric motor mounted at its rear axle which enables it to go from 0-100 km/h in just 3.8 seconds.

MG hasn’t revealed Mulan’s prices at this stage however according to Chinese media, it won’t be higher than 200,000 yuan (PKR 60.35 lac) and will compete against the likes of Volkswagen ID.3. Formal launch date is yet to be announced but is expected to take place within a few months. 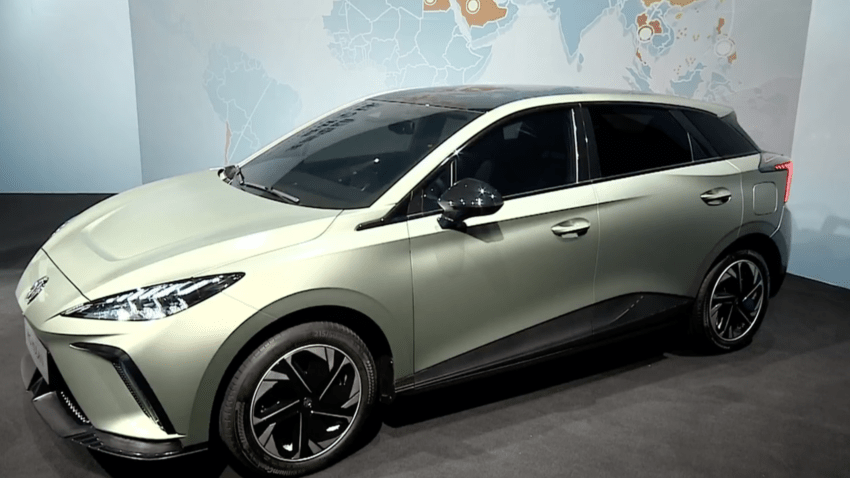 MG, which is already present in more than 80 countries around the world including left-hand drive as well as right-hand drive markets. The Chinese automaker is eyeing further expansion this year, as it aims to sell 120,000 units in Europe, including the Mulan, with plans to increase sales significantly in the coming years. MG Mulan was also spotted being tested under camouflage somewhere in Hungary.