Pak Suzuki Alto has set yet another sales record witnessing highest ever bookings in a month since it was launched back in June 2019. In March 2022, the 660cc kei car saw 9,814 units booked breaching its previous sales record of 9,195 units which was set in December 2021.

Being the highest selling car of the country, the 8th gen Alto continues to enjoy a dominant & unchallenged position in the market. Not only that the 9,184 units is highest-ever for Alto, but is also the highest-ever for a Pak Suzuki model, as well as the highest-ever for any local assembled car in Pakistan. This is also three times as much as the monthly sales of Suzuki Mehran, which once again renders the fact that newer & fuel efficient cars will work better for the company rather than dragging old & obsolete models for ages.

Since its launch, the Alto has breached Suzuki’s highest monthly sales record for an individual model multiple times already. Mehran’s highest-ever monthly sales figure was 4,684 units however the Alto went on to post similar numbers quite a few times already, in fact it sold 4,924 units in September 2019, and 6,110 units in July 2021. 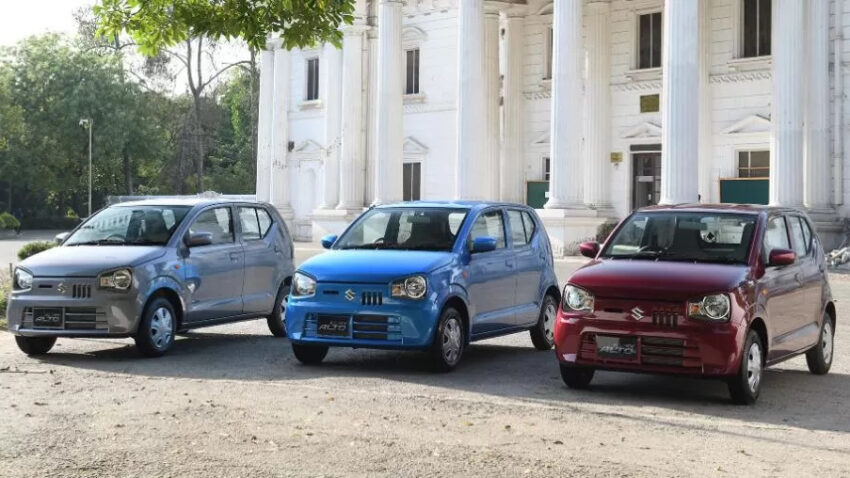 The Alto also helped Pak Suzuki to see 15,100 units sold in March 2022. This is the third time within the last 7 months that the company has breached the 15 thousand units per month sales milestone. So far during the first 9 months of this fiscal year, Pak Suzuki has managed to sell 53,241 units of Alto averaging an impressive 5,915 units a month. The popular kei car is well on course to go beyond 60,000 sales in a year milestone, the first time for any local assembled vehicle in the country.

Alto holds another record for Pak Suzuki by surpassing 100,000 units sales milestone within just 2 years and 7 months of existence. So far since its launch, 123,535 units of 8th gen Alto have been sold in Pakistan. Despite rather compromising looks and a rather higher price tag for a 660cc car, the Alto is primarily preferred for its fuel efficiency and the fact that its the least expensive locally assembled mass produced car. And with established players like Honda and Toyota unwilling to tap the small car segment despite having some very capable kei cars in their portfolio, the esplanade seems open for Pak Suzuki Alto to sail through.