Changan has just unveiled a new NEV (New Energy Vehicles) brand in China during the Changan Automobile Global Partner Conference. It is the second brand (after Avatr) that is formed in collaboration with Huawei and CATL. The key difference between them is that Avatr is a high-end all-electric brand while the new one will be a mainstream brand targeted towards a larger consumer base.

Although Changan hasn’t officially revealed the name of the new NEV brand, only a transcript “深蓝” was shown during the event which translates as Deep Blue (Shenlan in Chinese). According to Changan, it will become a mainstream electric brand with two vehicles set to launch in 2022. Blue has got some special connection with Changan with its main logo in Blue color, the engine series are Blue Core & Blue Whale and now this Deep Blue. During the conference, Changan shared the model line of new NEV brand that will comprise of 5 electric vehicles. The first one is the widely known C385 electric sedan (based on UNI-V), the second will be an SUV with the code name C673, while there will be a small hatchback called Lumin. 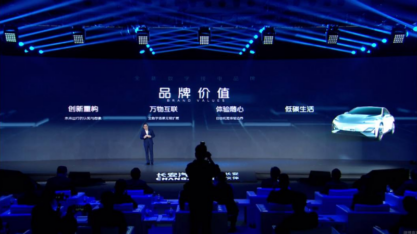 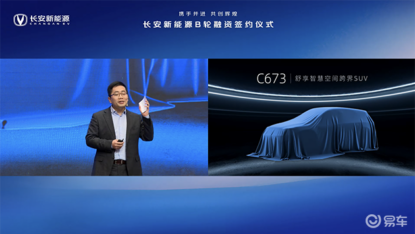 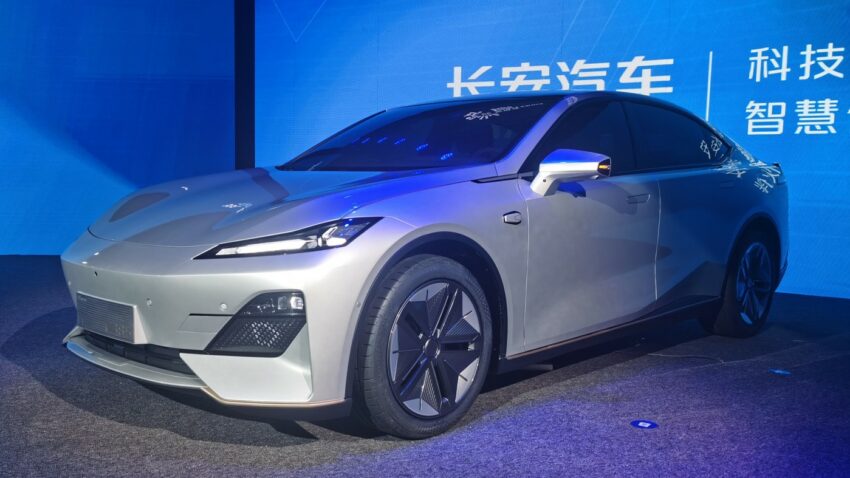 The C-segment C385 sedan is built on Changan’s EPA1 NEV platform and measures 4,800 long, 1,880 wide and 1,480 mm tall with a wheelbase of 2,880 mm. This makes the C385 electric sedan 106 mm longer than Tesla Model 3. The vehicle boasts an aerodynamic design with a masculine profile, sporty facia, pop-out door handles and an attractive rear end with connecting lights. It is equipped with an Automatic Park Assistant (APA) which allows the car to find, enter a parking lot, and park autonomously. An electric, high-frequency pulse heating system also provides for a 40-70km gain in range by rapidly warming the battery. 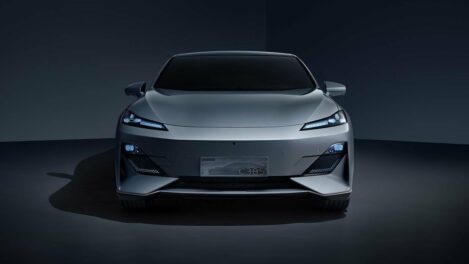 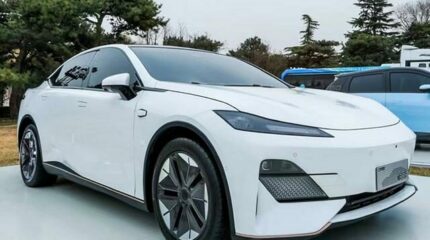 The C385 will use Huawei’s “Hongmeng Smart Cockpit” system. Inside there is a giant floating screen, and another one as instrument panel for driver information display. The central tunnel gets a wireless phone charger and two cup holders. The D-cut steering multi-function steering wheel still misses out on the logo, which will be there once the name is finalized.

Related: Changan Unveils the All New Oshan Z6 in China

The first vehicle under this new brand will go on sale within 2022, which is most likely going to be the C385 sedan followed by C673 SUV.