Pak Suzuki Should Replace the APV with New Ertiga

The Suzuki Ertiga is a low-budget 7-seat MPV. Based on the Suzuki Swift platform, the Ertiga was first introduced in India and Indonesia in 2012, followed by Philippines, Malaysia and South Africa in 2014. The Ertiga competes with the likes of Toyota Avanza, Honda Mobilio, Honda, BR-V, Daihatsu Xenia, Renault Lodgy and Nissan Grand Livina in competition driven markets.

The name Ertiga is said be an adaptation of R-Tiga where “Tiga” means “three” in Indonesian, the “R” stands for Rows. Therefore, “Ertiga” is derived from “R3” which in turn means “Three Rows.” 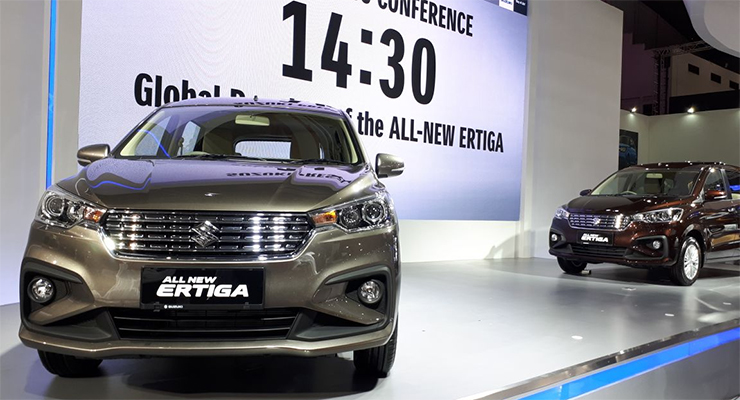 The Ertiga moved into the second generation which was officially unveiled at the 2018 IIMS (Indonesia International Motor Show) earlier this year. The second generation has been completely redesigned riding on the latest Swift’s HEARTECT platform, lighter & more rigid body improving its performance and handling, and powered by a new & powerful engine. 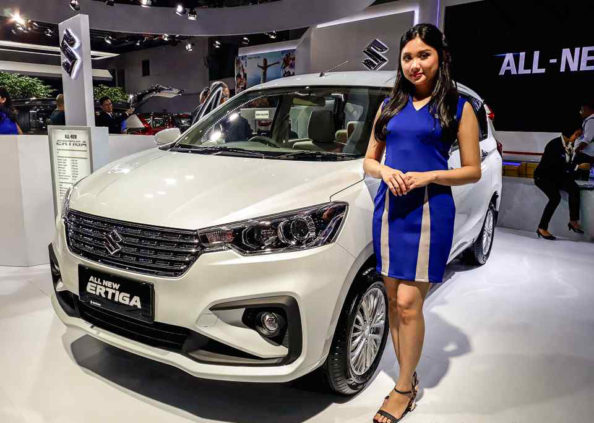 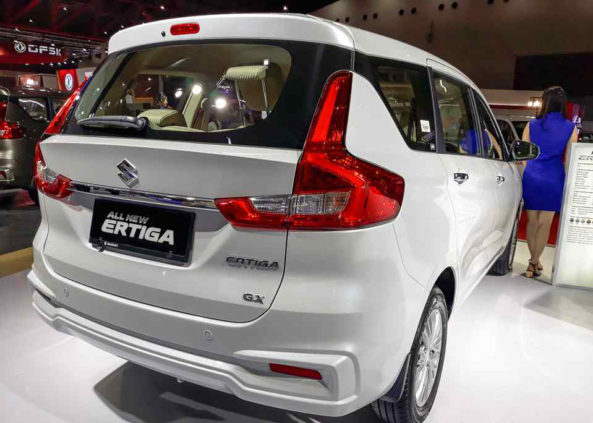 The blacked-out D-pillars give it a “floating roof” look, emphasized by the L-shaped tail lights. There are new multi-spoke 15-inch alloy wheels while the top-spec trims receive front fog lights, power-adjustable side mirrors with integrated indicators and LED combination tail lights.

The interior is redesigned with a floating infotainment system, a flat-bottomed three-spoke steering wheel, and the front seats featuring a two-tone beige and brown design. 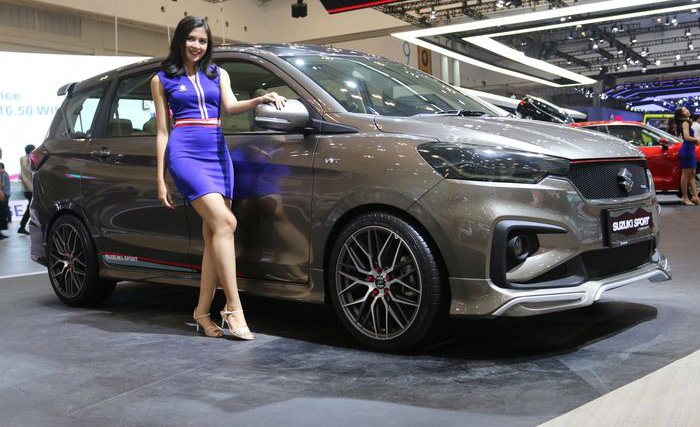 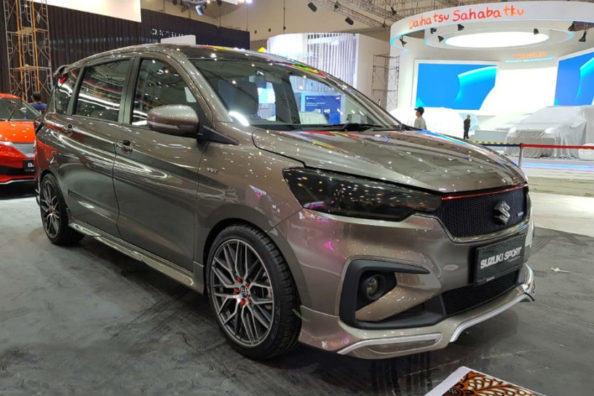 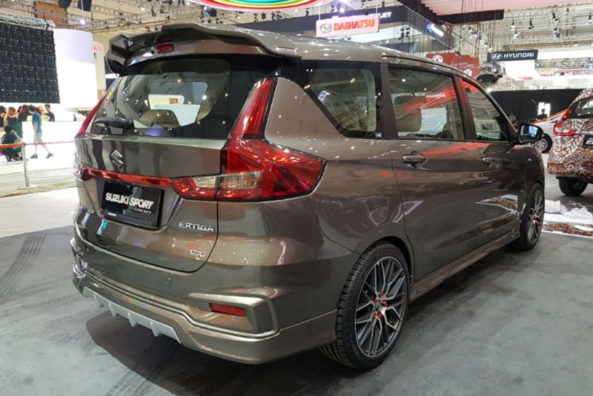 This include a blacked out front mesh grille, new 16” low profile alloy wheels, smoked headlamps and a distinctive body kit and roof spoiler. Ride height has been decreased as compared to the standard Ertiga while suspension has also been tweaked for added performance. The side skirts receive ‘Suzuki Sport’ badging as well. While the rear is dominated by large boomerang shaped taillights, a big spoiler and faux diffuser. 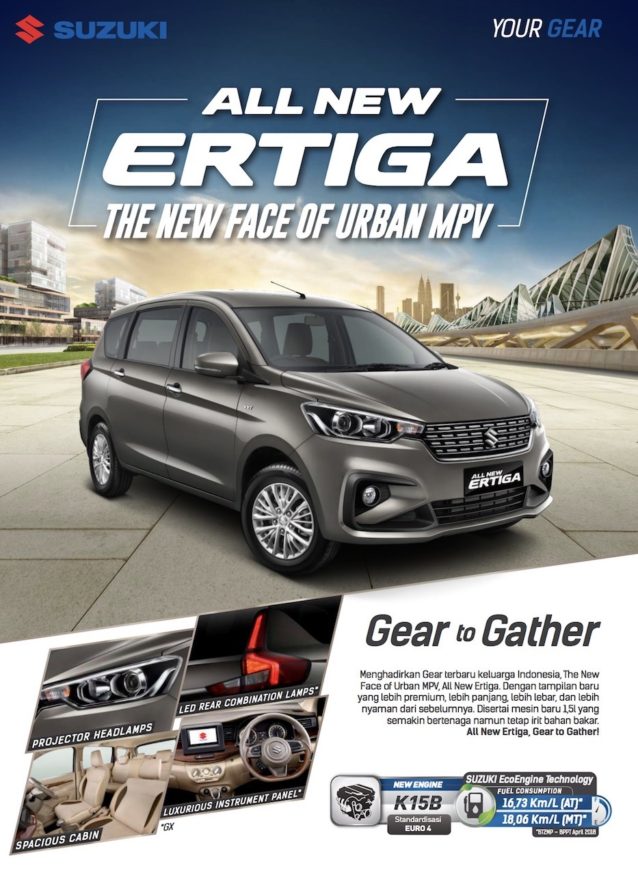 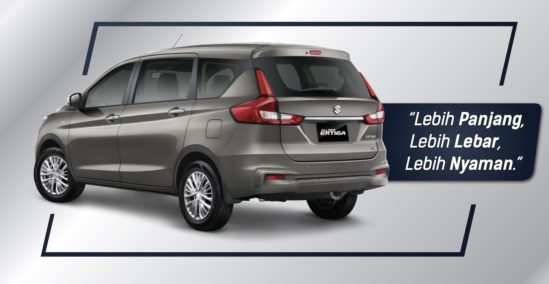 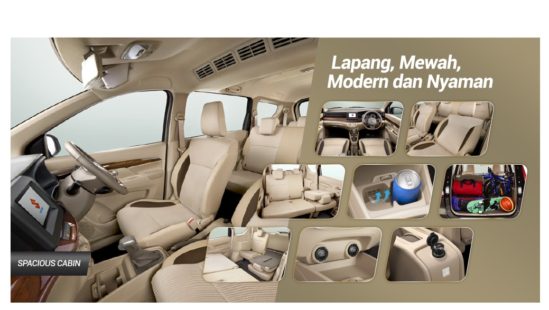 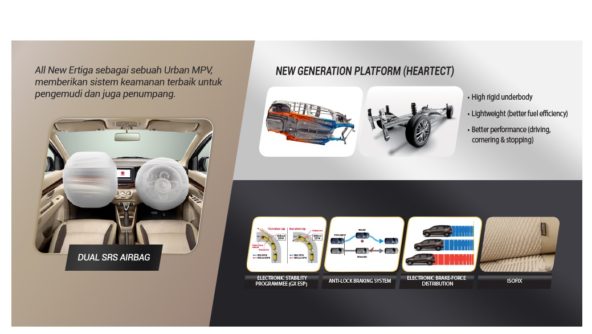 There are a lot of reasons why the new Ertiga can be successful in our market and can give some tough time to the likes of Honda BR-V. First it has decent looks, unlike the Suzuki APV which looks like a typical van; the new Ertiga has a much better visual appearance.

As far as the engine is concerned, the APV carries an old G15A engine with a claimed fuel economy of just 12km per liter. The new Ertiga with K15B engine delivers 18 km/ liter for the manual, and 16.7 km/ liter for the automatic.

Related: Why MPVs are More Practical for Bigger Families than Sedans?

The launch of Suzuki Ertiga in Pakistan will surely help Pak Suzuki compete with the likes of Honda BR-V much more effectively rather than dragging the unsuccessful APV since ages. Do you think Pak Suzuki should replace the APV with Ertiga 7 seater? Let us know with your comments.