According to the China Consumers Association research, Tesla has been ranked the poorest in the Chinese consumer rights protection dissatisfaction ranking, the key reason for which is the much-discussed incident at the Shanghai Auto Show.

On 19th April 2021, at the 19th Shanghai International Auto Show, a woman wearing a white t-shirt with “brake failure” printed on its front, stood on the roof of a Tesla show car and shouted, “Tesla brakes failed.” The owner claimed that the Model 3 suddenly accelerated and that pressing the brake pedal didn’t stop the vehicle.

Tesla was quick to issue a public apology for failing to promptly resolve the car owner’s concerns. Tesla also announced that it respects and agrees with the decisions made by Chinese government and cooperates with government agencies to conduct any investigations. 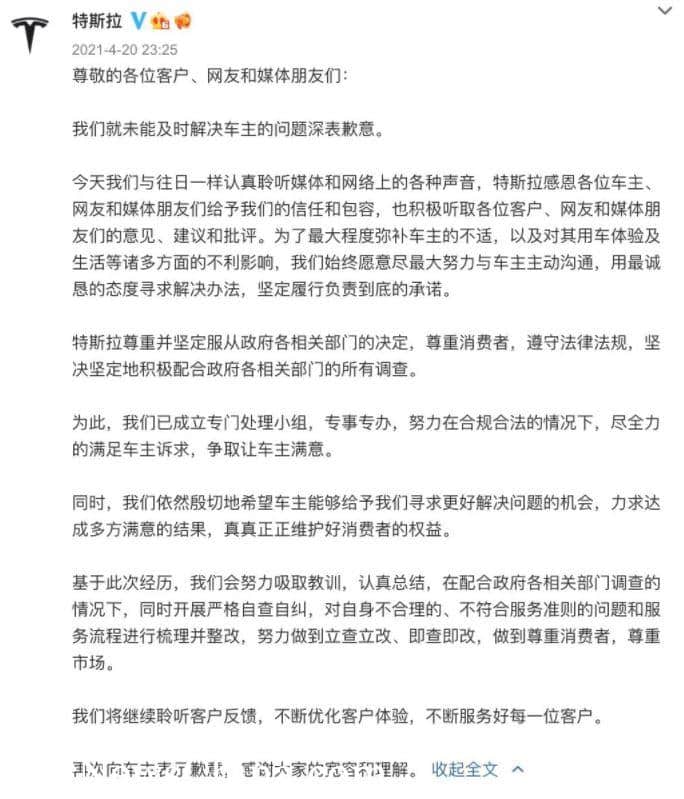 Tesla apologized to the public

Related: Tesla in China to Pay 1.5 Million Yuan in Compensations to a Customer

On 24th January 2022, the China Consumers Association released the “Top 10 Consumer Rights Protection and Most Influential Incidents in 2021” report that listed the top 10 most discussed and influential consumer rights violation incidents calculated based on big data research of online social influence and public opinion conducted by the China Consumers Association and People’s Daily Online Public Opinion Data Center. In this report, “the girl on Tesla roof incident” was ranked on top of the list. 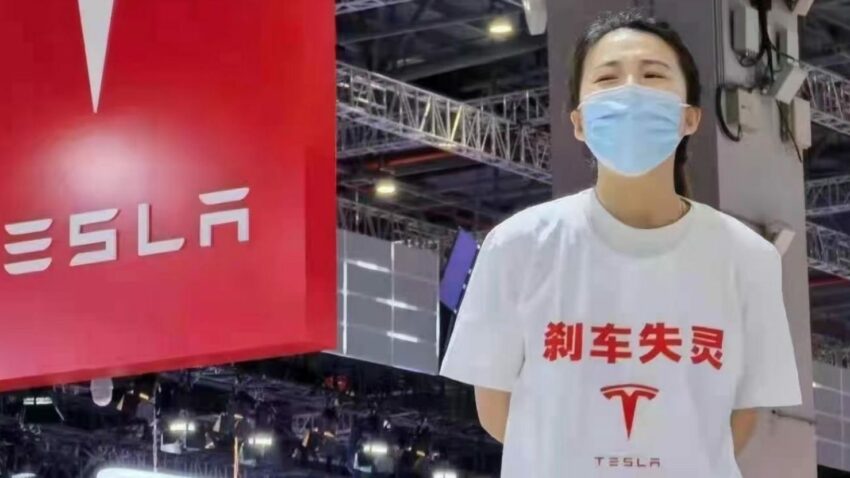 The government-backed China Consumers Association is comprised of 3,193 consumer organizations established at county-level or above nationwide, with 16,351 sub-associations, 80,444 complaint handling offices, and 22,952 liaison stations established at the villager’s committees, community committees, industrial administration departments, colleges and universities, factories, and mining enterprises in urban and rural areas, and over 72,461 voluntary supervisors and participants are engaged in the undertakings of consumer rights protection.