Toyota has kicked off a flex fuel pilot project in India while unveiling its flex fuel hybrid sedan, as the Indian government is pushing automakers to switch to cleaner fuels.

The sedan which is a 12th gen Corolla Altis imported from Toyota Brazil, is powered by flex fuel technology, which allows the engine to run on fuel blended with a higher percentage of ethanol, reducing the consumption of gasoline, along with a hybrid powertrain. The road transport minister of India, Nitin Gadkari wants automakers to develop flex fuel engines that will use locally made ethanol as the dominant fuel and reduce the country’s dependence on petrol which it imports. 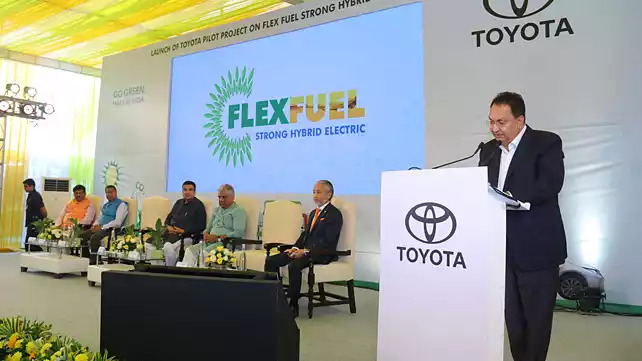 Speaking at the launch event in New Delhi, the vice chairman of Toyota Kirloskar Motors India, Vikram Kirloskar said Toyota’s pilot project will increase India’s energy independence, in line with the government’s target for self sufficiency in energy by 2047. India, which is a major producer of sugar, is keen to boost its usage of ethanol, like bigger producer Brazil where sale of flex fuel vehicles is already quite popular. The objective of Toyota’s pilot project is to see how the flex fuel car operates in India and increase awareness of the technology. 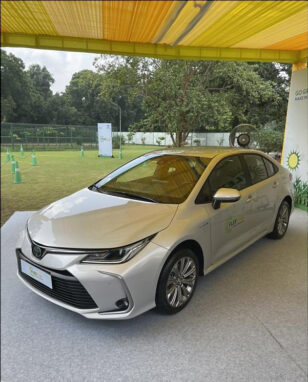 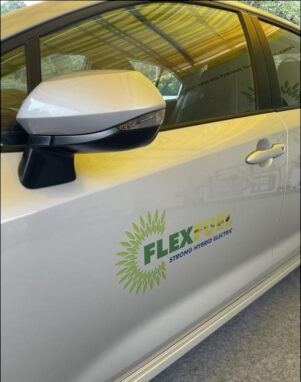 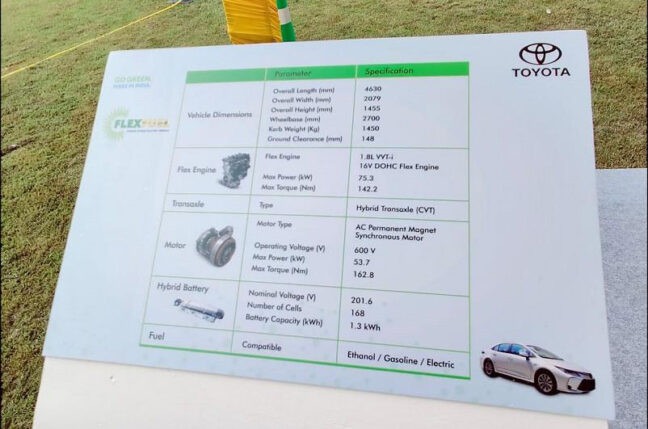