Contrary to the earlier reports hinting about Toyota’s plans to discontinue the Aqua/ Prius C in favor of new Yaris hybrid, the Japanese automaker has introduced the all-new second-generation model, touted as “compact car for the next 10 years.” Despite the changes which aren’t too radical, the new Toyota Aqua is technically a lot different from its predecessor. Built on Toyota New Global Architecture (TNGA-B) modular platform, the new Aqua retains its length & width measuring 4,050 mm long and 1,695 mm wide, however it now stands 30 mm taller at 1,485 mm and has a wheelbase of 2,600 mm which is 50 mm longer than the previous model. According to Toyota, this results in better interior space, particularly rear legroom and luggage volume.

In terms of design the new Aqua largely retains the silhouette of the outgoing model but gets a few distinctions such as slimmer LED headlights with projectors and C-shaped LED DRLs, a U-shaped lower grille frame, an upswept C-pillar crease and vertical C-shaped taillights that merge into the tailgate spoiler. The bulging rear fenders add some muscular touch to the exterior styling which is accentuated by 9 available colors, including new a Clear Beige. 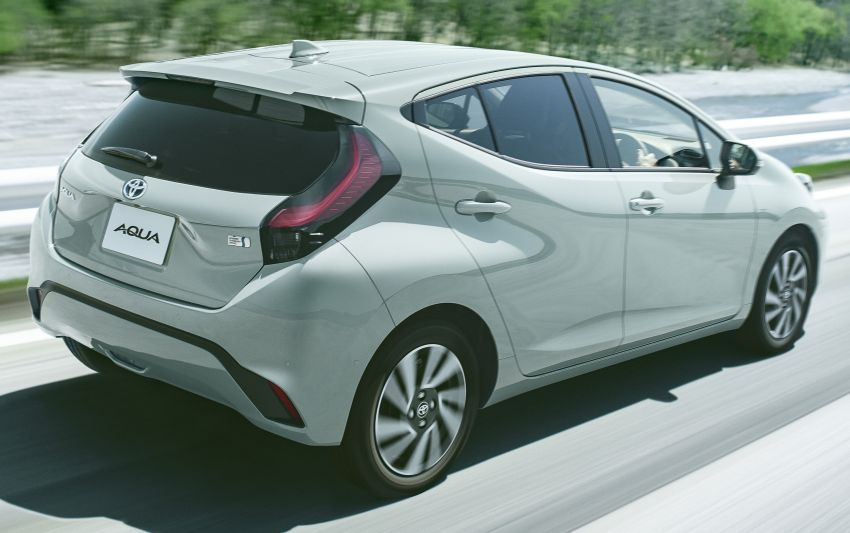 Under the hood, the new Toyota Aqua gets a an Atkinson-cycle version of the latest 1.5L Dynamic Force three-cylinder engine – which is the same deployed in the 4th gen Yaris hatchback and Yaris Cross. The engine delivers 91 hp and 120 Nm and is assisted by two electric motors and Toyota Hybrid System II, with the larger motor producing 80 hp and 141 Nm.

The biggest change comes in form of battery. Despite utilizing nickel-metal hydride (NiMH) cells, the new Toyota Aqua features the world’s first use of bipolar technology, applying the cathode to one side of each current collector and the anode to the other. These “bipolar electrodes” minimize the number of current collectors and other parts used, making the stacked battery cells more compact. These electrodes also have a greater active surface area and a simpler construction, reducing the resistance within the battery itself. This enables the flow of larger currents to increase power outputs by approximately 1.5%. Together with the more compact design the new technology allows the new Aqua’s battery to be around twice as powerful as that of the preceding model. 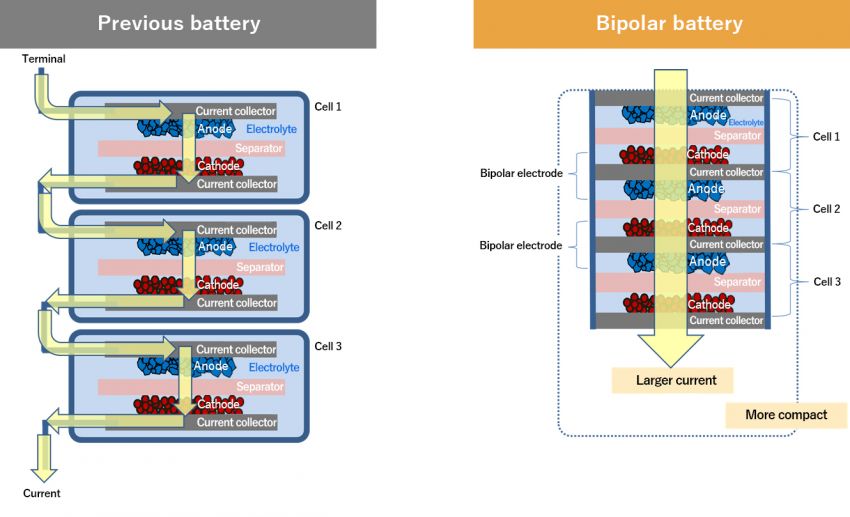 The new battery also enables the 2nd gen Aqua to deliver improved throttle response, smooth-yet-powerful acceleration from low speeds and an increased speed range using electric propulsion alone. In its home market- Japan the car is also available with E-Four all-wheel drive for the first time, adding another electric motor on the rear axle. The second-gen model also marks the debut of the Comfort Pedal, activated using the Power+ Mode, which increases regenerative braking upon lifting the throttle to allow for one-pedal driving. 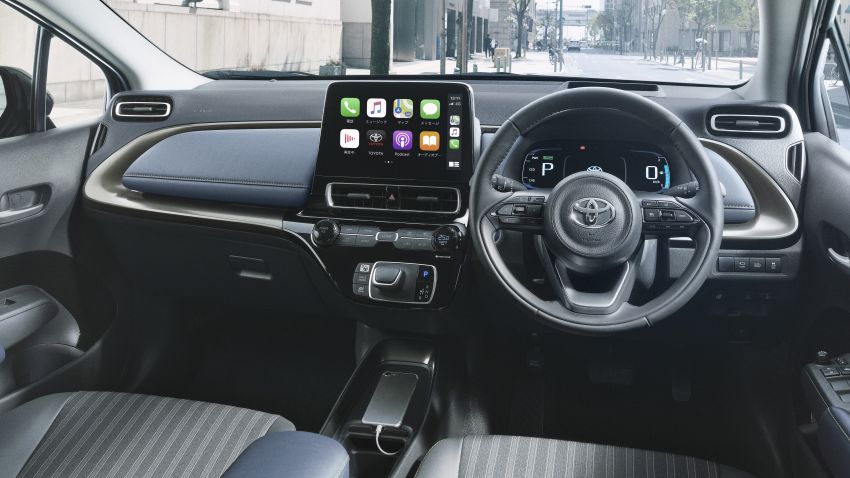 The new interior gets enhanced dashboard design encased by a thin frame and wrapped in faux leather – as are the door panels and seats (now available with power adjustment on the driver’s side). The new Aqua is also Toyota’s first compact model to come with a 10.5-inch center infotainment touchscreen; other standard features include an upper glovebox, a sliding center console tray, 100-volt AC power outlet located at the rear of the center tunnel etc.

In terms of safety the new Aqua gets a host of Toyota Safety Sense driver assistance systems, including autonomous emergency braking with cross traffic detection, adaptive cruise control, lane centering assist and pedal misapplication control. For the first time, the Aqua is also offered with parking assist and low-speed autonomous emergency braking that now detects objects on either side. 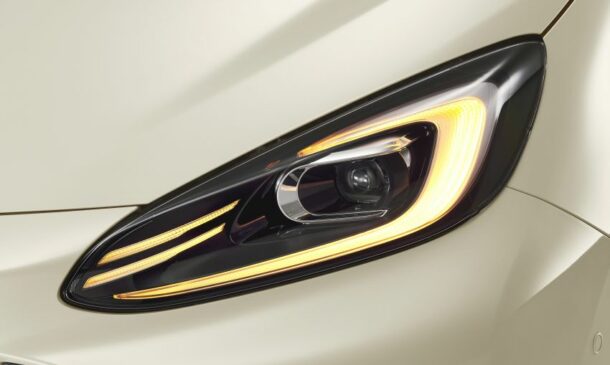 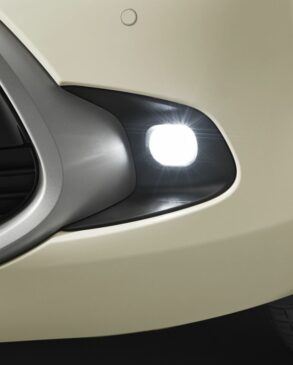 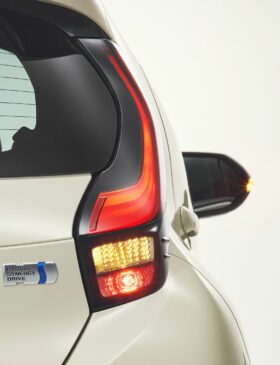 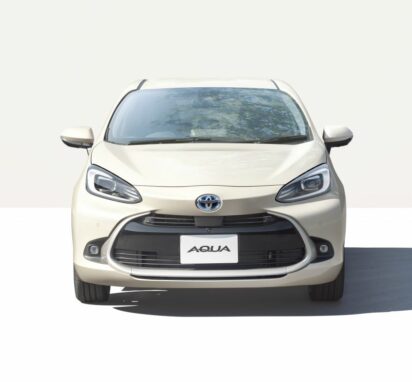 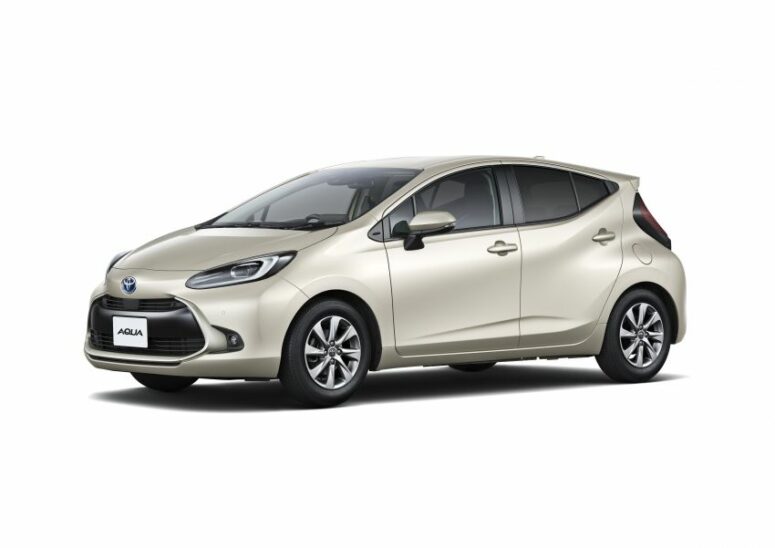 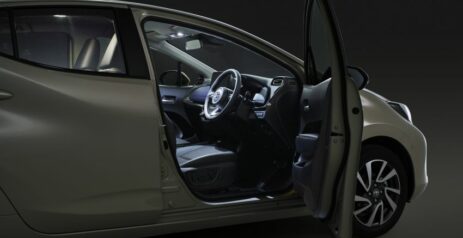