After months of long wait, HRL Motors have finally launched the Zotye Z100 hatchback in Pakistan. Dubbed as an economical car for the masses, the Z100 comes with an unexpectedly high price tag of PKR 11.72 lac.

We have been harshly criticizing Pak Suzuki for insanely pricing the New Cultus (Celerio) at PKR 12.5 lac for VXR and PKR 13.9 lac for VXL, because the car is available at a much lower price tag elsewhere. However HRL Motors have just beaten Pak Suzuki with the absurd pricing for the Z100, let us look at a few aspects below to understand why the PKR 11.72 is called a high price tag for this car.

Like FAW V2, the Zoye Z100 was discontinued in China in 2016. Currently Zotye only sells an all-electric version of this car called as the Z100E because of rising demand of alternatively fueled cars in China. Conventional small cars with internal combustion engines are rapidly losing their popularity over there. 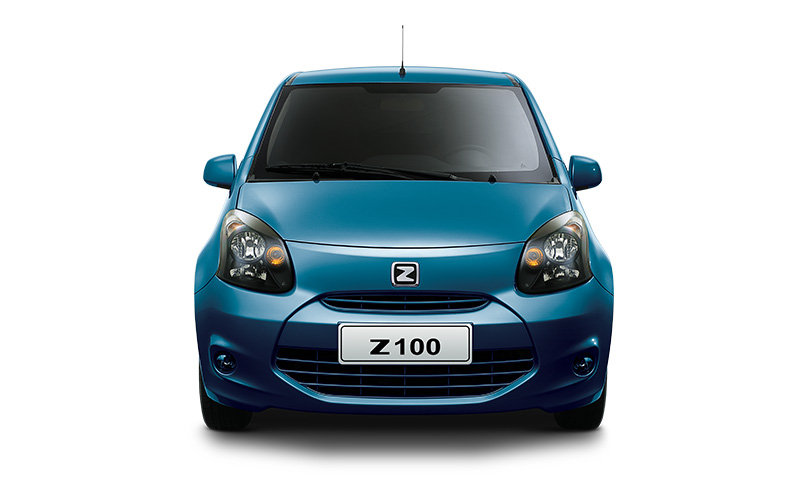 Another Chinese hatchback, the FAW V2 is available in our market for a couple of years now. The 1300cc V2 hatchback which was also being imported from China was priced at PKR 10.49 lac by Al-Haj FAW.

Newcomers like HRL need to understand that just because Suzuki has been selling a feature-less 30 year old Mehran at a whooping PKR 7.4 lac doesn’t give you a license to sell anything at a ridiculous price. Features like power steering, power windows, air-condition and alloy rims are nothing out of this world and are considered as essential features of cars since many years.

There are other blunders on their official website as well. Zotye cars are available in more than 29 countries of the world including Sri Lanka where Unimo Enterprises Ltd which is a fully owned subsidiary of United Motors Lanka PLC, markets a range of automotive brands including Zotye. HRL Motors in Pakistan while copying the information from Unimo didn’t even bothered changing the text as it still says Z100 is backed by the after sales service expertise of Unimo Enterprises. The video on the website is again from Unimo Sri Lanka where you can see the Z100 number plate dancing around in every shot, because it was immaturely placed over the original, perhaps no skilled freelancer was available for the job.

HRL seriously need to revise the prices of Z100 should they want the car to penetrate in the market. After sales support is also vital since during the previous decade many newcomers came with a bang and perished due to poor strategies, Chery by Karakoram and Geely by SUS Motors and Proton by Royal Automobiles to name a few.

Zotye cars have a tremendous potential to become successful in our market, but all that is needed is serious marketing, proper strategies and a long-term vision, all of which unfortunately seems lacking in case of HRL.

What do you think should be the right price of the Zotye Z100 in our market? Cast your vote below and let us know your comments regarding the pricing by HRL Motors.