Multi-category Entries: Vehicles in the World Performance Car, World Urban Car, World Electric Vehicle and World Car Design of the Year categories may also be contenders in the overall “World Car of the Year” class or “World Luxury Car” class, depending on type and pricing. 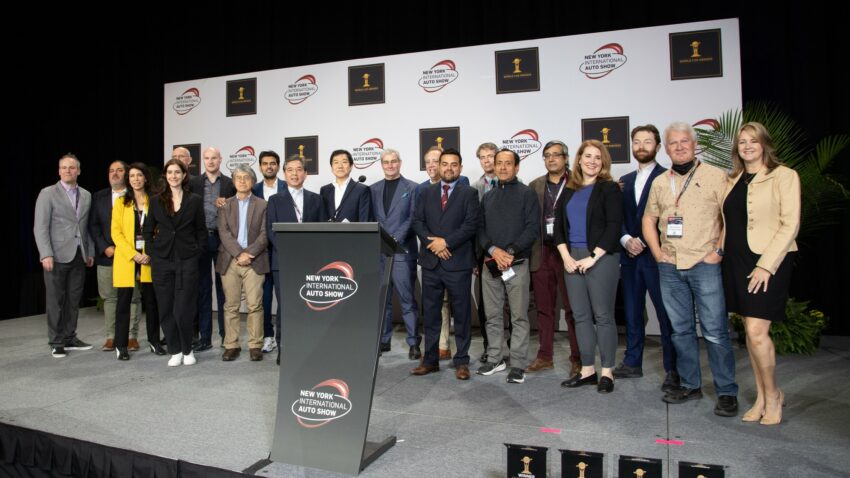 All vehicles eligible for other World Car award categories are automatically eligible for World Car Design of the Year. A jury of 102 distinguished international automotive journalists from 33 countries selected the finalists by secret ballot based on their evaluation of each eligible vehicle as part of their professional work. The votes were tabulated by renowned international accounting firm KPMG. 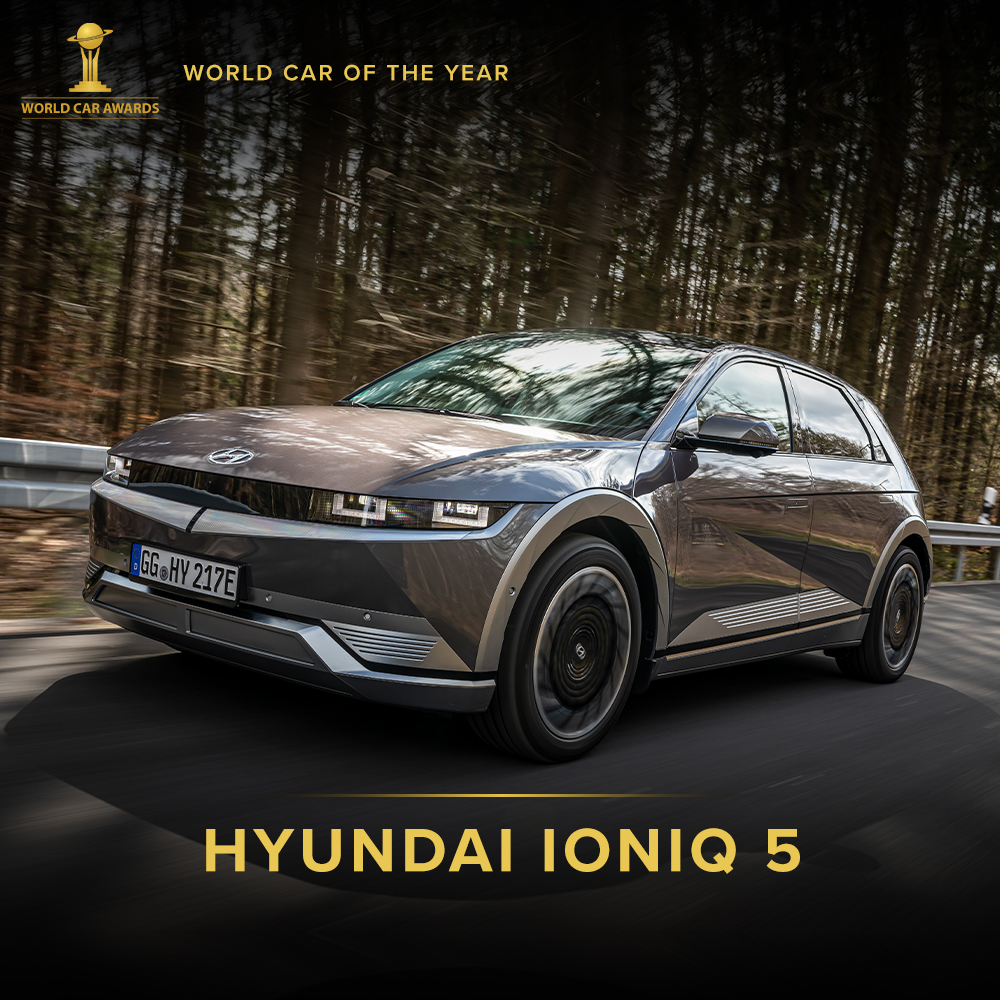 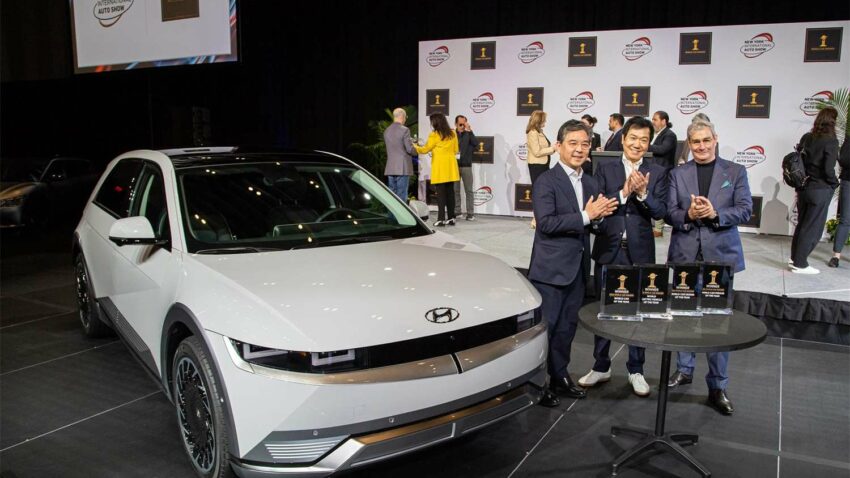 “We are truly honored to receive these prestigious awards, which recognize the talent and hard work of all our people and business partners at Hyundai Motor Company. Our vision is to enable Progress for Humanity, and this endorsement of our approach will serve to embolden our commitment to make this vision a reality.” The Benz EQS was chosen from an initial entry list of 8 vehicles from all over the world then a short list of three finalists as announced on March 15th. With a final score of 789 points, the EQS beat the BMW iX and the Genesis GV70 with 784 and 752 points respectively. Christoph Starzynski, Vice President Electric Vehicle Architecture & Development Electric Drive commented:


“We are very honored and proud to receive this award. It has been an intense journey to build up the Electric Vehicle Architecture of which the EQS is the first product. Receiving this award is a strong symbol for the whole team and strengthens our goal to build the world’s most desirable electric cars.” 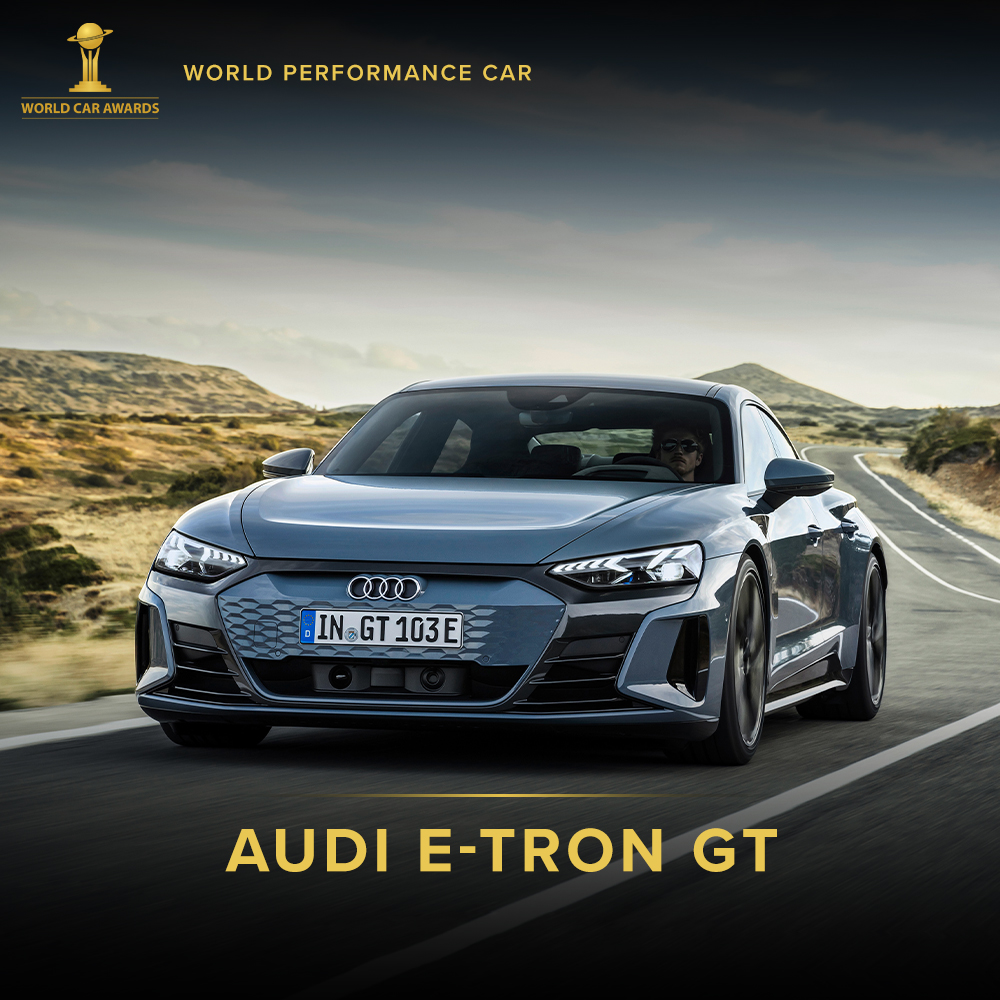 Audi e–tron GT has won the 2022 World Performance Car award. The win adds to the award record for Audi AG. The company has now won 11 World Car awards in the 18-year history of WCOTY; more than any other car manufacturer.

The Audi e–tron GT was chosen from an initial entry list of 12 cars from all over the world then a short list three finalists as announced on March 15th. The e–tron GT with 786 points outpaced the BMW M3/M4 (746 points) and the joint entry Toyota GR86 / Subaru BRZ (741 points). Commenting on the achievement, Christiane Zorn, Head of Product Marketing at AUDI AG said: 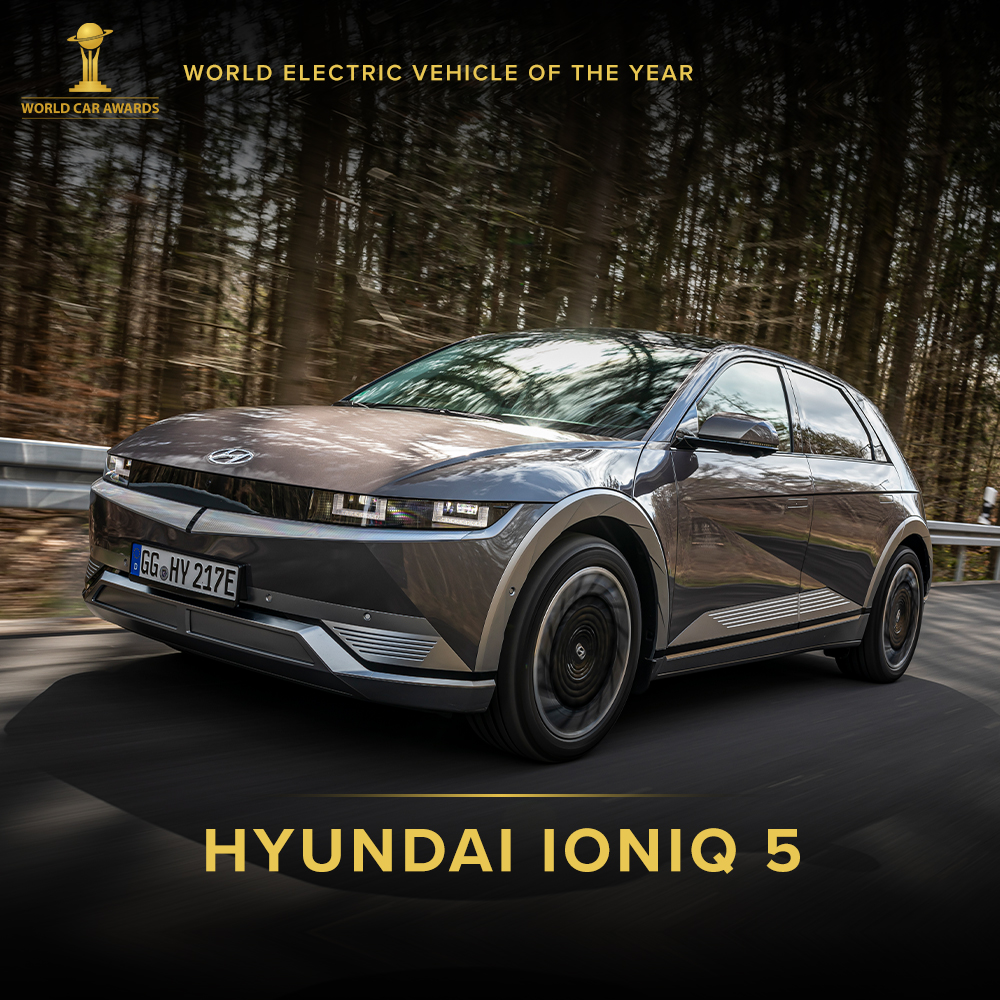 Hyundai IONIQ 5 has been named as the 2022 World Electric Vehicle of the Year. The Hyundai IONIQ 5 was chosen from an initial entry list of 11 vehicles from all over the world then a short list of three finalists as announced on March 15th. With a final score of 815 points, it outpaced the other finalists the Mercedes-Benz EQS (786 points) and the Audi e-tron GT (779 points). Jaehoon Chang, President & CEO of Hyundai Motor Company said:


“IONIQ 5 represents a pivotal achievement for us as we pioneer a new generation of smart mobility solutions with its innovative E–GMP platform technologies, exceptional performance, and disruptive approach to design and space. Our game–changing EV has made a strong impact on increasingly eco–conscious and demanding consumers around the world, and its success supports the acceleration of electrification of the automotive industry. The pace of change at Hyundai will continue unabated through the rest of 2022 as we will soon be adding to our award–winning IONIQ range.” 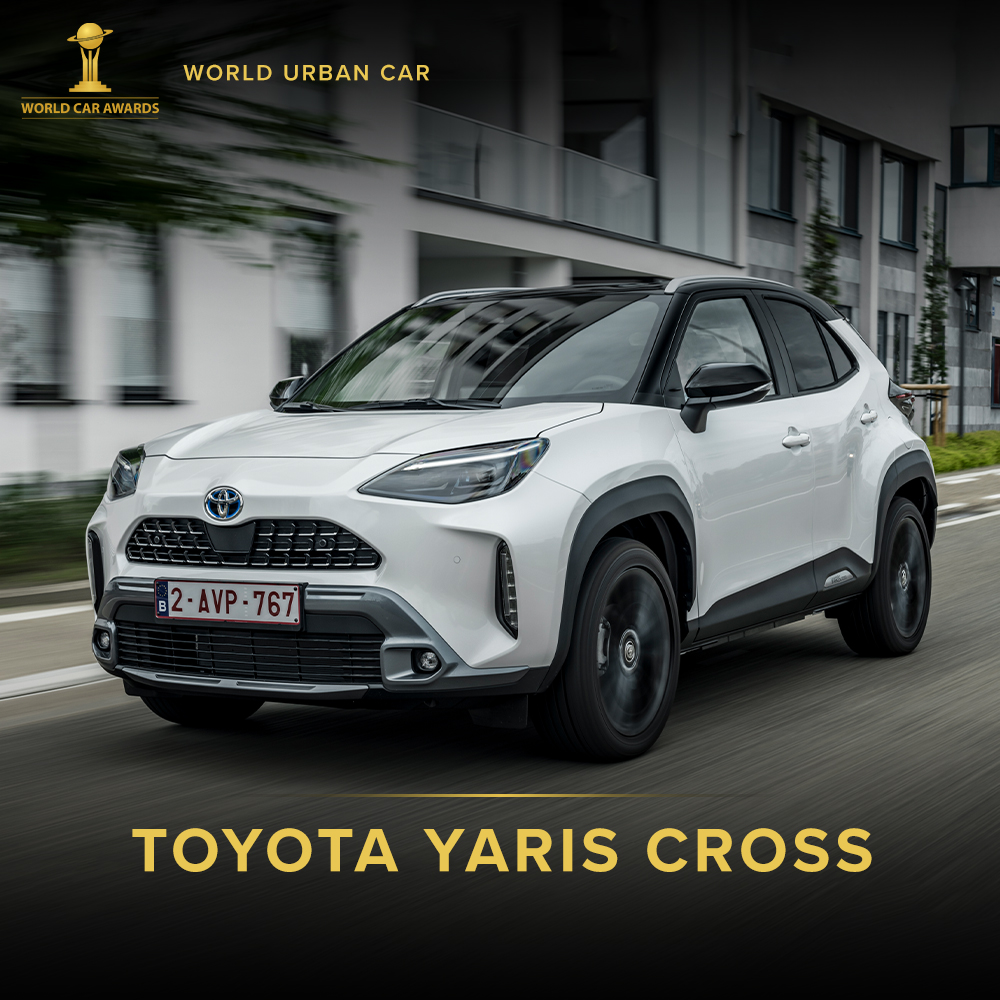 The winner of 2022 World Urban Car category is Toyota Yaris Cross. It was chosen from an initial entry list of 5 cars from all over the world then ashort list of three finalists as announced on March 15th. Scoring 708 points, the Yaris Cross beat the Opel Mokka (707 points) with a hairline margin, and the Volkswagen Taigun which scored 677 points. While receiving the award, the Chief Engineer Takatomo Suzuki commented:

“We are honored to be awarded “World Urban Car”. Our foundation has always been to make good compact cars, and this philosophy guided us to develop the Yaris Cross as a compact car with a spacious cargo area and utility, as well as sufficient power and fuel economy. Moving forward, we will use this award as motivation as we continue to develop high–quality cars that can meet our customers’ needs and promote environmentally–friendly vehicles that can help reduce CO2 emissions.” 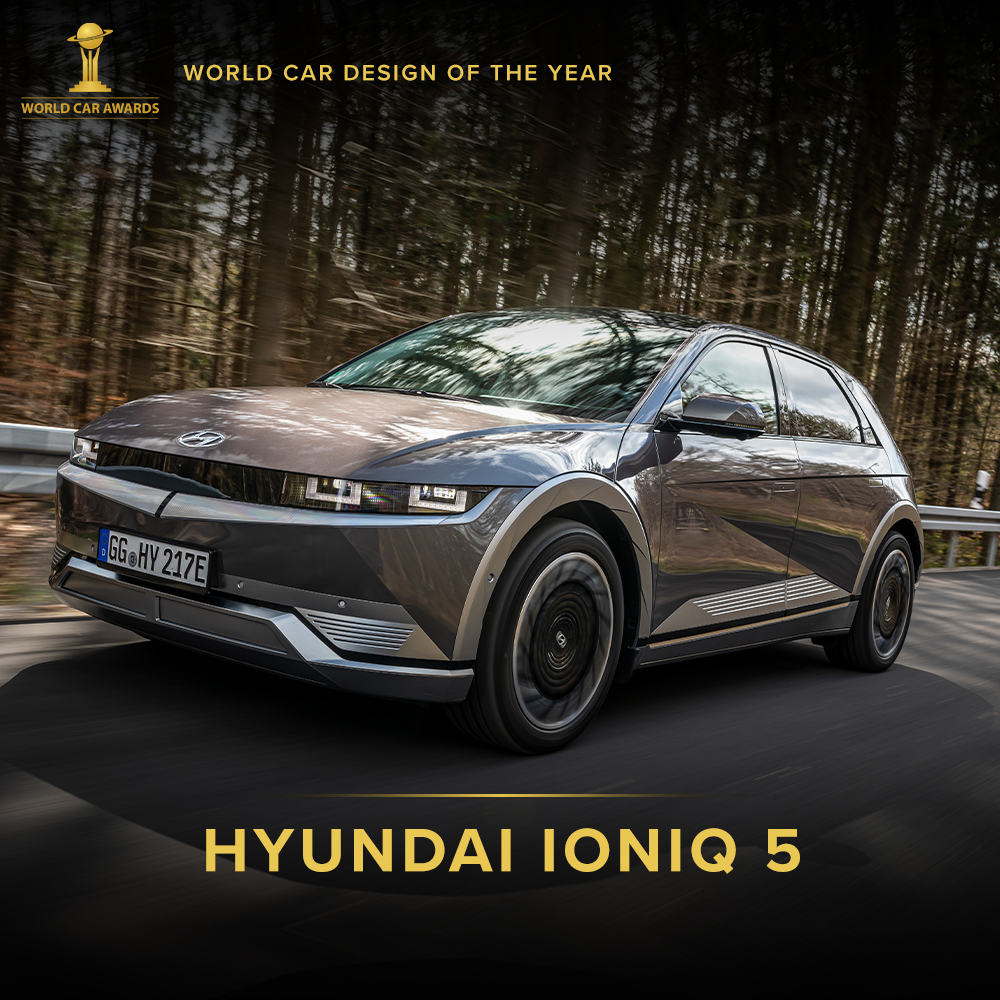 Hyundai IONIQ 5 was awarded the 2022 World Car Design of the Year title. As announced on March 15th, the 2022 Top Three in the World finalists for the design award were the Hyundai IONIQ 5 (234 points), the Audi e-tron GT (214 points) and the Kia EV6 (175 points). Commenting on the accomplishment, SangYup Lee, Executive Vice President and Head of Hyundai Global Design Center said:


“With IONIQ 5, we set out to create a new mobility experience — a game–changer. This extraordinary vehicle was made possible by the passion and efforts of designers and engineers who pushed the boundaries of what’s possible in the EV space.”