South Korean automaker SsangYong is going through some tough times. After its owner Mahindra refusing to invest in the company and a takeover bid by bus maker Edison Motors falling through since the purchase was axed following the consortium’s failure to complete the payment for the acquisition before the deadline. But with a new buyer selected in the form of chemical-to-steel firm KG Group, it looks as if SsangYong is finally returning to the battleground with an all-new product, an SUV.

Its called the Torres, named after the Torres del Paine mountain peaks in Chile, and is hoped to reverse SsangYong’s fortunes by returning to the rugged design language the company is known for. It boasts a distinctive styling with a slim grille with vertical bars, flanked by small headlights and kinked LED daytime running lights. They are visually connected to the bumper through a blacked-out center section, leading to the large silver skid plate and large air intakes on either side. 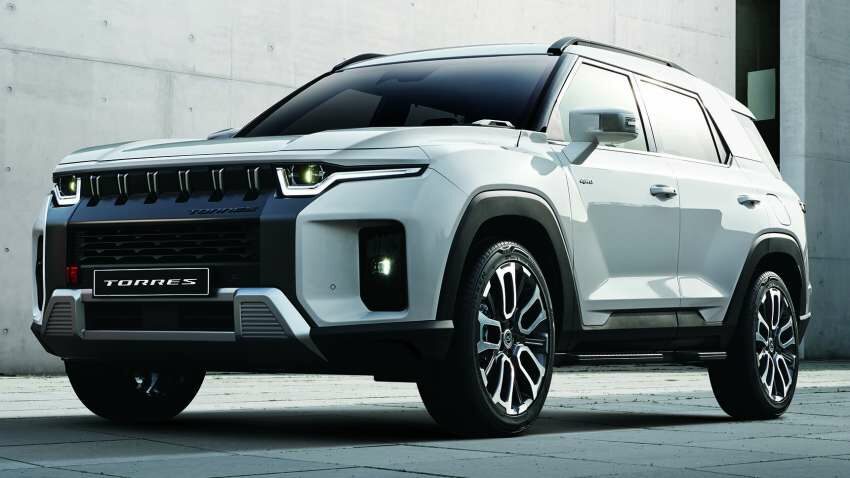 The side features prominent front and rear haunches, squared-off wheel arches, a strong shoulder line and a heavily-contoured bonnet having grab handles on either side. The upright glasshouse features a wraparound front and rear windscreen design and contrasting silver C-pillars, where buyers can specify a lockable storage box just like the Land Rover Defender. At the back there are wrap-around LED tail lamps and an extruded center section that looks like a tailgate-mounted spare wheel but only houses the number plate recess. There is a skid plate at the back and black plastic body cladding to complete the exterior look. Inside, the angular aesthetic has been carried over, with a full-width recess in the dashboard that houses the three-segment instrument display & 32-color ambient lighting strip which looks quite appealing. Following the latest trends in automotive industry, SsangYong has replaced physical buttons with touchscreens. The freestanding 12.3-inch infotainment display on top is paired to a new 8-inch touchscreen at the bottom, used for manipulating the climate control and other vehicular functions. The second screen forms part of the lower center console, framed by silver rails. 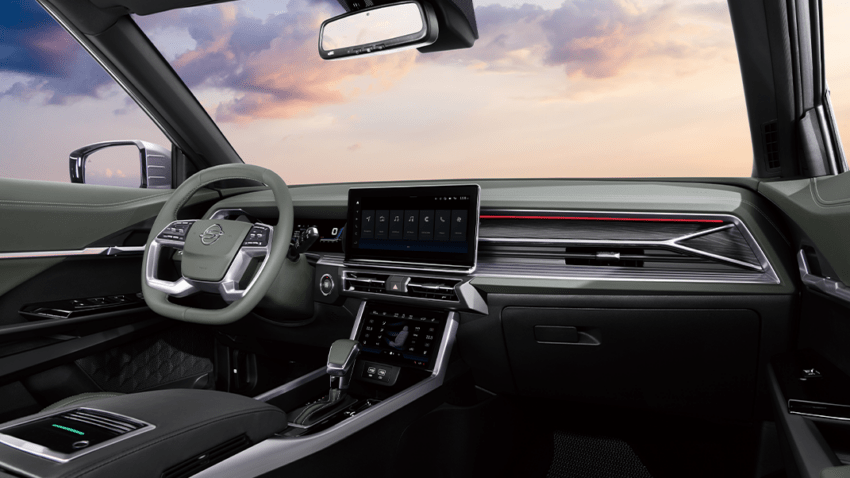 The Torres 5-seat crossover will be slotted between the SsanYong Korando and Rexton (the latter was available in Pakistan along with Stavic between 2005 and 2010). It boasts a large 708 liter boot; while the luggage capacity can be expanded to a massive 1,662 liters with the rear seats folded down. In terms of safety Autonomous Emergency Braking and Lane Keeping Assist are offered as standard while Adaptive Cruise Control and Blind Spot Monitoring are offered as optional equipment.

Under the hood there is a 1.5L turbocharged direct-injected four-cylinder engine that comes paired to an Aisin 6-speed automatic gearbox and all-wheel drive. As per information, the engine will develop 168hp of power and 280Nm of torque.

The SsangYong Torres is available to order in South Korea, with prices ranging from 26.9 million won (PKR 43.08 lac) to 30.4 million won (PKR 48.68 lac). There will also be a pure electric model coming in later stages, which will be offered in Europe by the end of next year.