Named after the Blue Core engine series, the Changan Blue Core Racing while making its first appearance in the CTCC in the NGCC class of the China Cup, the Eado Plus (driven by Wan Jincun and Jin Xiaoxiao) was awarded the Drivers’ Cup and Manufacturers’ Cup in the first round of the race. Whereas Wan Jincun also set the fastest lap time of the race of 2:30 seconds. 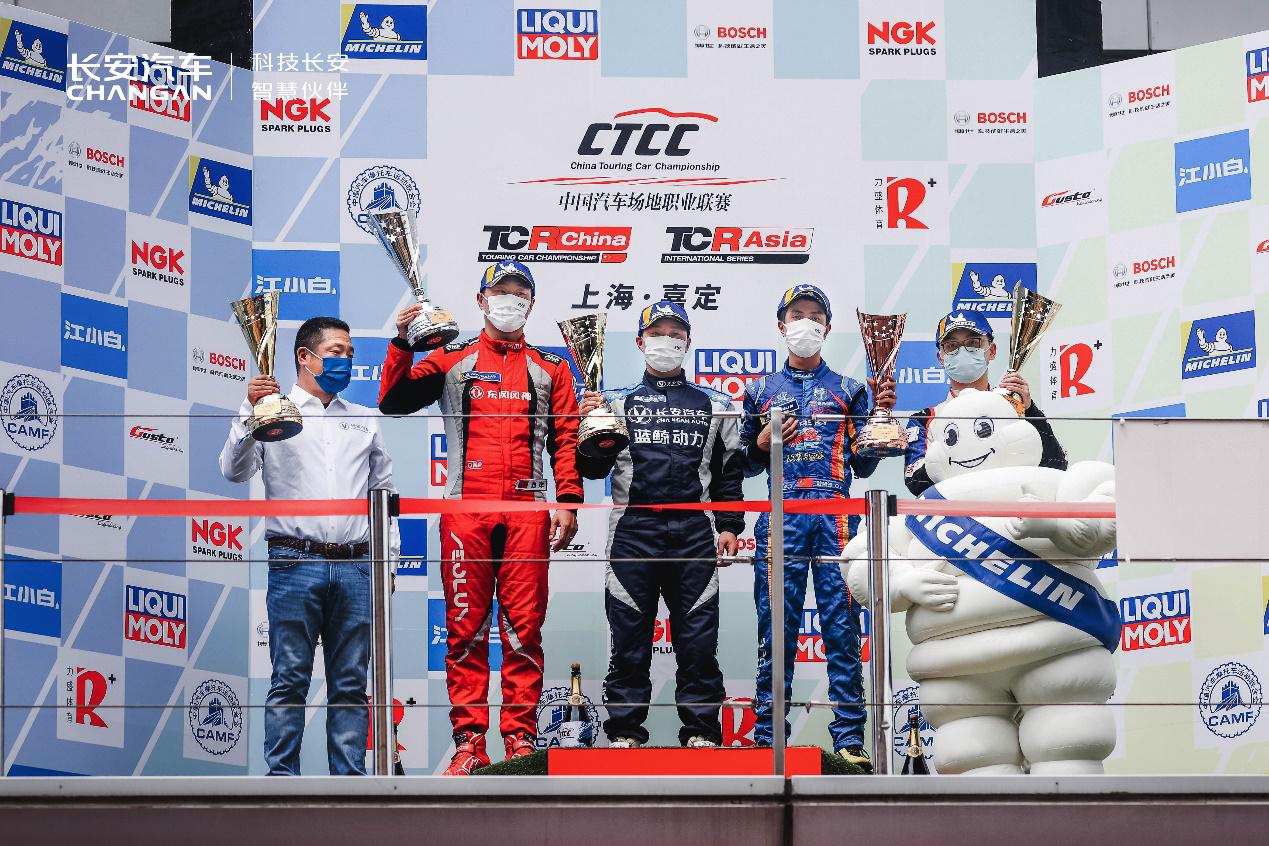 CTCC is considered as a representative event of professional track racing in China and has always been an attention magnet for car companies and fans alike. This year, Changan’s participation in the CTCC not only injects new blood into the China Cup, but also demonstrates the strength of Changan’s engine technology once again.

The Eado Plus Blue Core race car has a powerful 1.5T high efficiency direct injection engine under its hood as Changan participated in the CTCC race with real-life and mass-produced vehicles. With the ultimate power output delivered by the Blue Core engine, both Wan Jincun and Jin Xiaoxiao finished first in the qualifying session, which proves the tremendous capabilities of Blue Core. 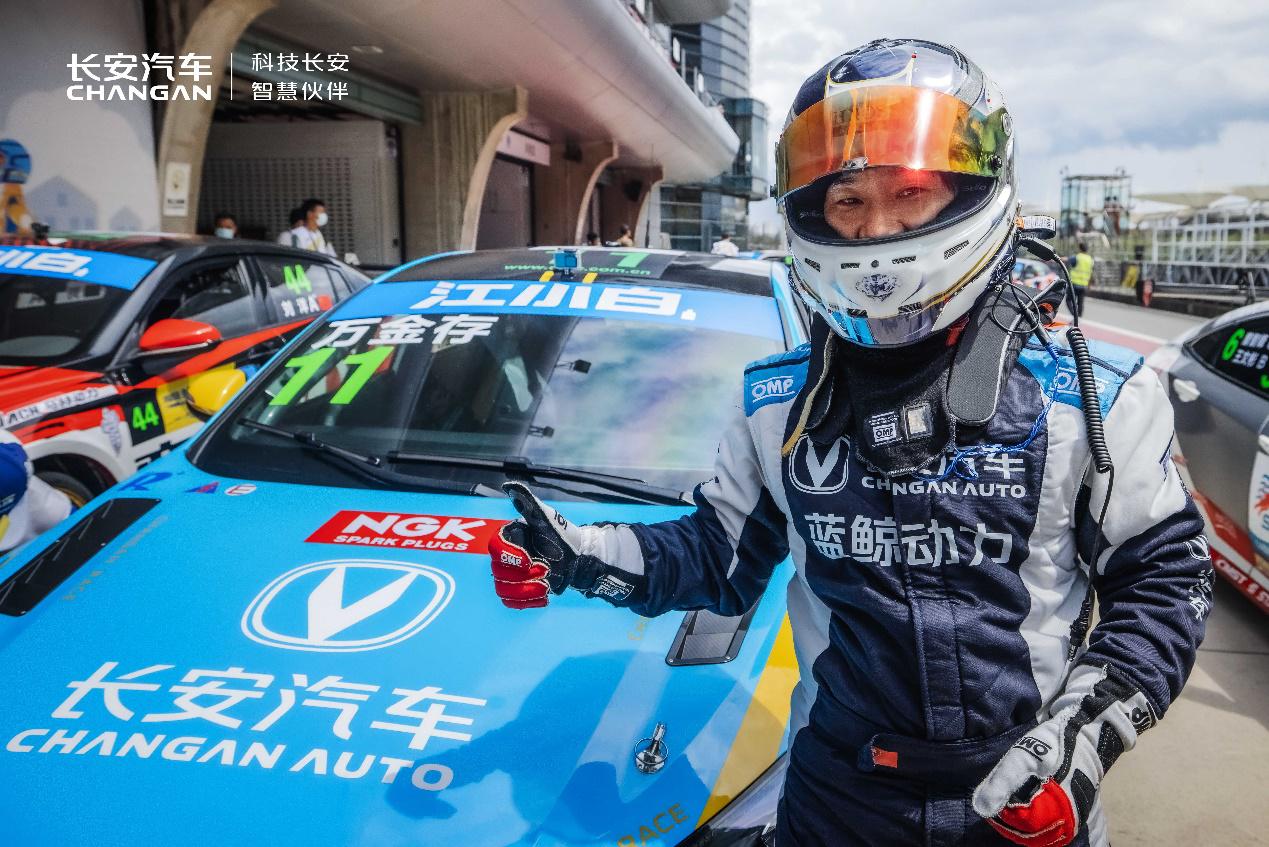 Wan Jincun in the Eado Plus left behind the Chinese and foreign branded race rivals far behind. In the end, Wan Jincun was the first to cross the finish line with the time of 15 minutes and 9 seconds. He helped the Blue Core Team to win both the Drivers’ Cup and Manufacturers’ Cup, and achieving the first victory in the very first race. During the post-race press conference, Wan said:

“The Eado Plus Blue Core performed well and the Blue Core engine was powerful. The fact that it won the championship in its first race shows that Changan has strong technical strength.”

According to required specifications of the NGCC class, vehicles participating the race must be front-wheel drive models on sale in mainland China. Among the current CTCC races, the NGCC class is the closest to mass-production cars. In the race, the Blue Core racing car– the Eado Plus conquered the difficult Formula 1 track and overcame challenges from rivals with an effortless performance of the new generation NE1.5T high-pressure direct injection engine, which perfectly inherited Blue Core platform’s “clean, strong and quiet” design concept. And by adopting a series of cutting-edge technologies such as upgraded combustion system, adjustable compression ratio and optimized cam profile, further improvements have been made in power, response and economy to the Blue Core Power. 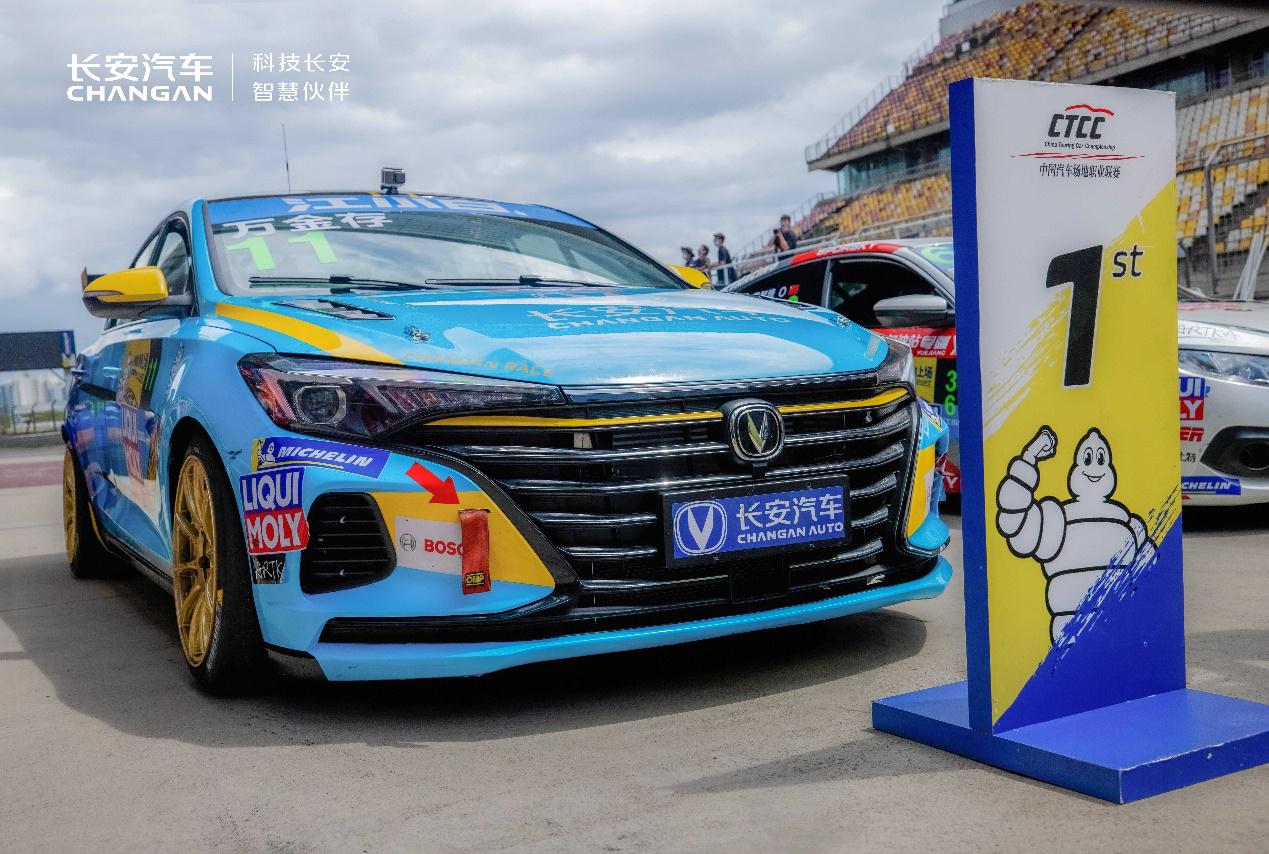 Changan Blue Core Racing Team will continue its journey to the next CTCC race in Zhuzhou. It is expected that with the excellent performance in the first race and the support of Blue Core Power, the team will definitely get better results and create new records for the Blue Core racing brand in future.

Related: What if Changan Brings the Eado to Pakistan?

In addition to its shining performance on the race track, Changan’s Blue Core family is also performing well in the Chinese market. Sales statistics show that from January to August 2021, the cumulative sales of the Blue Core family have reached nearly 700,000 units, which shows the rising popularity of these vehicles in the market. 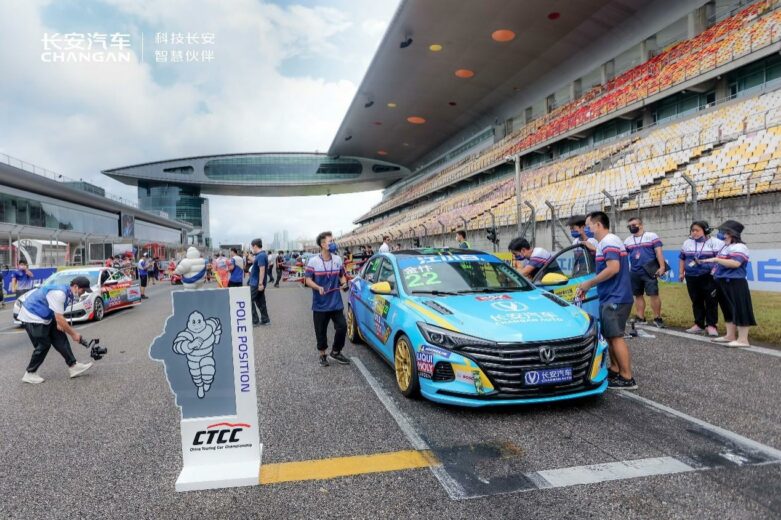 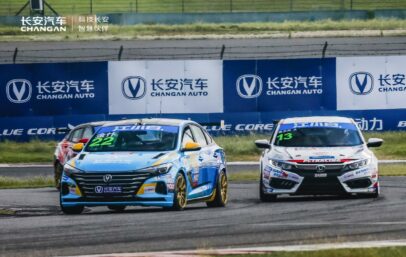 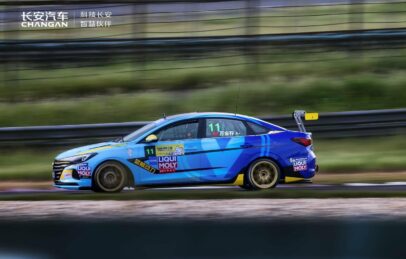 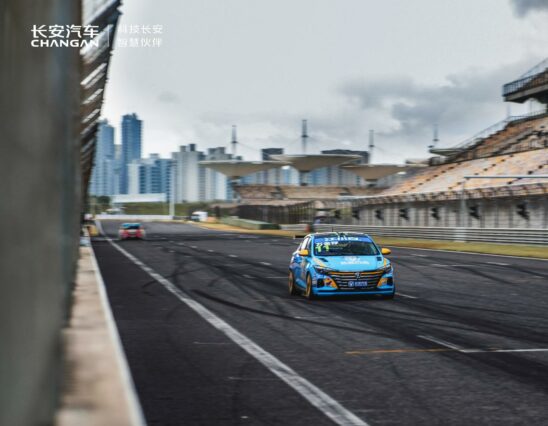 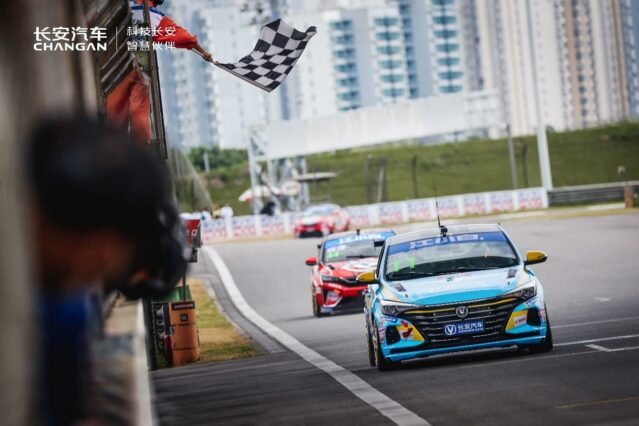